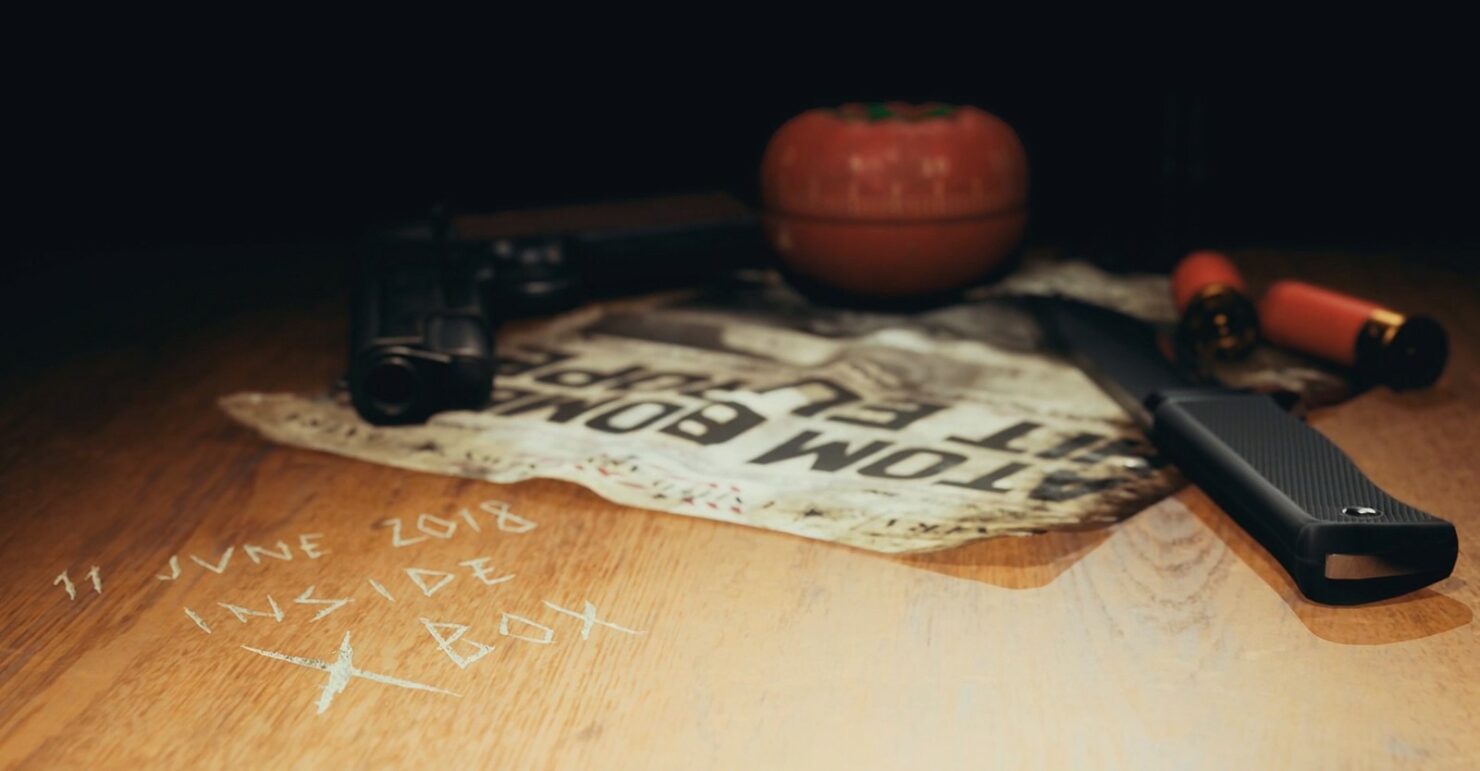 DayZ developer Bohemia Interactive is working not only on the Xbox One port of the game but also on an exclusive game.

Petr Kolář, Project Lead at Bohemia Interactive, recently revealed that the team is working on a brand new Xbox One exclusive game powered by Unreal Engine 4. During a recent Mixer broadcast, a teaser image has been shown, featuring a gun, a few bullets, a knife and a newspaper which reads "Atom Bombs Hit Europe". Could the new game be a survival game set in a post-apocalyptic Europe? We have no idea now, but we will learn more about the game on June 11th.

Second phase is in. Time to listen to https://t.co/3y814fYgat while waiting for the announcement of a new game by @bohemiainteract (this time @Xbox One Exclusive built on @UnrealEngine). #WhatIfHumanityFalls https://t.co/kGDmtvpNu2

Meanwhile, Bohemia's DayZ will release on Xbox One later this year. The developer confirmed that they are targeting 4K, 30 FPS for the Xbox One X version of the game.

This is DayZ, this is your story.

DayZ is a gritty, authentic, open-world survival horror hybrid-MMO game, in which players follow a single goal: to survive in the harsh post-apocalyptic landscape as long as they can. Players can experience powerful events and emotions arising from the ever-evolving emergent gameplay. There are no superficial tips, waypoints, built in tutorials or help given to players. Every decision matters, there are no save games, no extra lives, every mistake can be lethal. If you fail, you lose everything and you need to play again from the beginning with nothing but your wits, and your two hands. Fight the hostile environment, where every other player can be friend or foe and nothing can be taken for granted.