David Cage Gives us an Overview of Kara’s Journey in Detroit: Become Human

Quantic Dream and Sony have released a new video from their newly announced title, Detroit: Become Human, which is an evolution of the Kara tech demo, released by Quantic Dream back in 2012. The project wowed the crowd with its incredibly detailed visual fidelity, as well as the emotional response it evoked with its android protagonist. Many were wishing and asking that the demo evolved into a game, and thankfully it has. 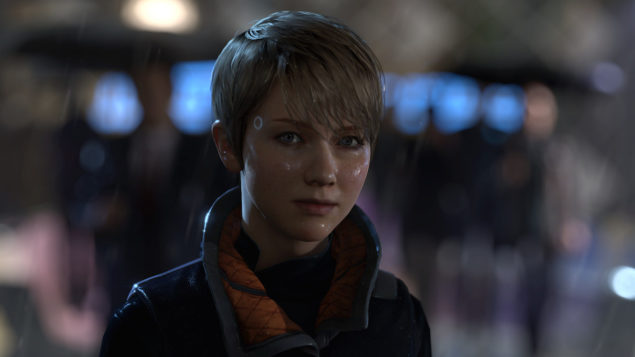 No matter if this was David Cage's vision from the beginning or the result of the response from fans, what matters is that we will get to experience the journey of Kara in becoming "Human". Whether it's inspired by Isaac Asimov's stories and the interaction of humans, robots and morality or not, Kara's adventure could prove to be something truly special.

Quantic Dream's Detroit: Become Human could be something truly special

Some of you might remember our PS3 tech demo that we released in 2012. It was about an android who discovered she could feel emotions and appeared to be sentient. Many people were deeply moved by Kara and felt empathy for this character who just wanted to live…
But everyone had the same question: what happens to Kara when she leaves the factory?
To find out, we imagined a world in a near future where androids like Kara would look, speak and move like real human beings.
We wondered how we –humans- would react if we were confronted with a new form of intelligence, how androids conceived as machines
would be perceived if they started to have emotions.
We didn’t want to do another story on AI (there are already so many great ones), we wanted to talk about what it means to be human
and what it would be like to be in the shoes of an android discovering our world and their own emotions...

Detroit: Become Human is set in the near future where Androids have been invented and are changing the fabric of society

Detroit: Become Human is a PlayStation 4 exclusive being developed by the acclaimed studio Quantic Dream, and visionary director, David Cage, that brought us 'Interactive Drama' based games Heavy Rain, Beyond: Two Souls and Indigo Prophecy (Farenheit). Quantic Dream places emphasis on storytelling, emotion and innovation, to deliver interactive experiences that go beyond the traditional definition of a "game". Surely not everyone's cup of tea, but some really special experiences nonetheless.

Detroit: Become Human will release on a yet unannounced date. We will bring you any news on Detroit, as soon as it becomes available.

You can watch a behind the scenes of Quantic Dream's 'Kara' below: