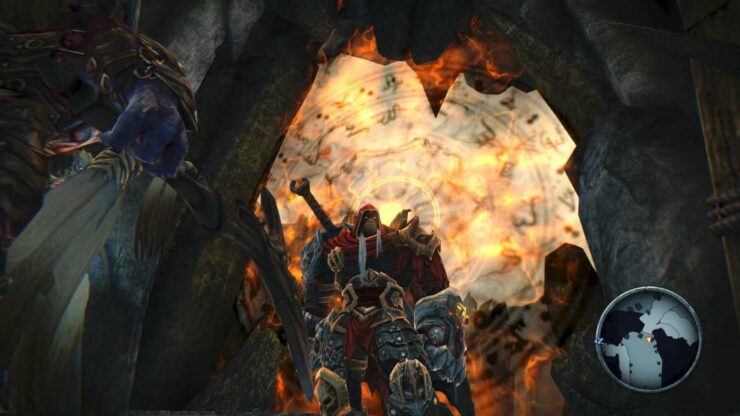 Since last year, fans of the Darksiders series have had the chance to enjoy the second entry of the series on current generation consoles thanks to the Darksiders II Deathinitive Edition. And soon, they will be able to enjoy the original game with some brand new features.

On its official website, Nordic Games has confirmed the Darksiders Warmastered Edition, which will be an enhanced edition of the original Darksiders. Like the original release, players will control one of the four Horsemen of the Apocalypse, War, as he returns to Earth to punish those who have framed him with breaking the law by inciting a war between Heaven and Hell.

Deceived by the forces of evil into prematurely bringing about the end of the world, War – the first Horseman of the Apocalypse – stands accused of breaking the sacred law by inciting a war between Heaven and Hell. In the slaughter that ensued, the demonic forces defeated the heavenly hosts and laid claim to the Earth.
Brought before the sacred Charred Council, War is indicted for his crimes and stripped of his powers. Dishonored and facing his own death, War is given the opportunity to return to Earth to search for the truth and punish those responsible.
Hunted by a vengeful group of Angels, War must take on the forces of Hell, forge uneasy alliances with the very demons he hunts, and journey across the ravaged remains of the Earth on his quest for vengeance and vindication.

Darksiders Warmastered Edition will come with some enhanced features that wil make playing it on PS4, Xbox One and Wii U feel much better, such as native 1080p resolution, improved rendering and 60FPS for the PS4, Xbox One and PC releases.

Darksiders Warmastered Edition launches on PC and consoles on a yet to be confirmed release date.