When Heaven and Hell go to war, no one wins. Come see if the end of the world is all it’s cracked up to be in Darksiders: Warmastered Edition, the brainchild of famed comic book writer and artist, Joe Madureira. We take look and see if this six-year-old game holds with a visual facelift.

War, one of the Four Horsemen of the Apocalypse, gets tricked into prematurely starting the End of Days. The result ends up being a centuries-long war between Heaven and Hell which completely wipes out Humanity.

As it turns out, the presence of ‘Kingdom of Man’ is what kept the balance. Now that’s gone, all things have gone to crap. War ends up taking the blame, gets stripped of his powers, and faces his execution. War is given one chance by The Charred Council to clear his name and take sweet vengeance on the jerks who set him up. 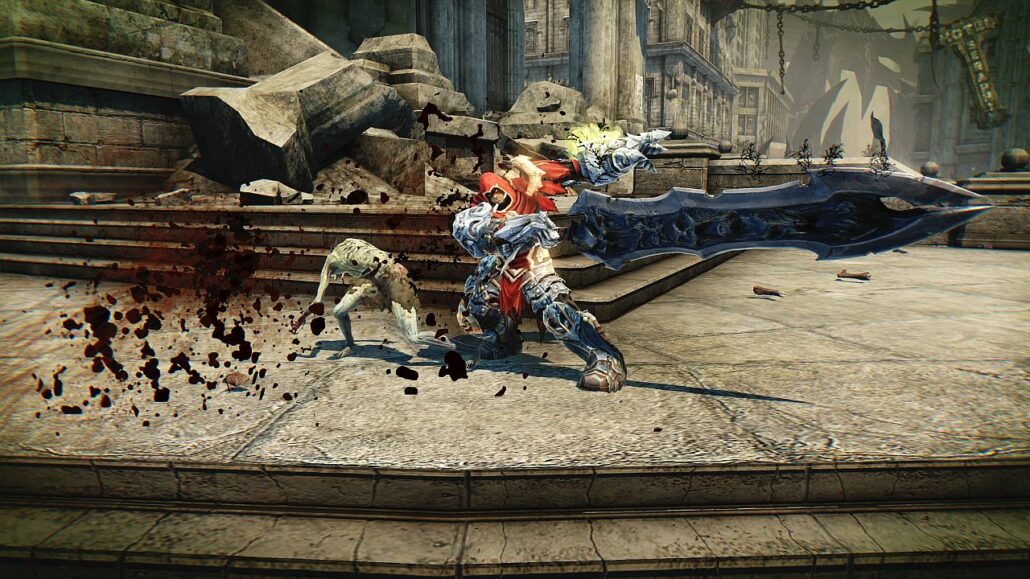 As dramatic as this all may seem, Darksiders isn’t really its strong suit. War falls under the ‘edgy anti-hero’ category but mostly comes off as a dull and angry meathead. War is attached to The Watcher (voiced by Mark Hamill) who acts as a chaperone and guide on his mission. If Wat acts out of line, The Watcher can kill him. Most importantly, The Watcher provides some needed comic relief in an adventure that can often feel like it’s taking itself way too seriously.

Darksiders: Warmastered Edition plays like your classic action-adventure full of massive dungeons and puzzles. It’s easy to think of this as an M-Rated Zelda game because it draws so much from Nintendo's classic. Every time War completes a dungeon, a new item or weapon gets added to his inventory and will grant access to areas that were inaccessible earlier in the game. There’s even a Hook Chain equivalent War uses to grapple onto new areas.

War's specialty is kicking ass and you’ll do plenty of that.  You’ll get into mortal fights against angels, demons, and everything in between. At first, you’ll focus on mashing away at enemies with reckless abandon. Sub-weapons and skills you acquire later add a layer of flexibility to the combat, especially when enemies start arming themselves with shields or use more advanced tactics. 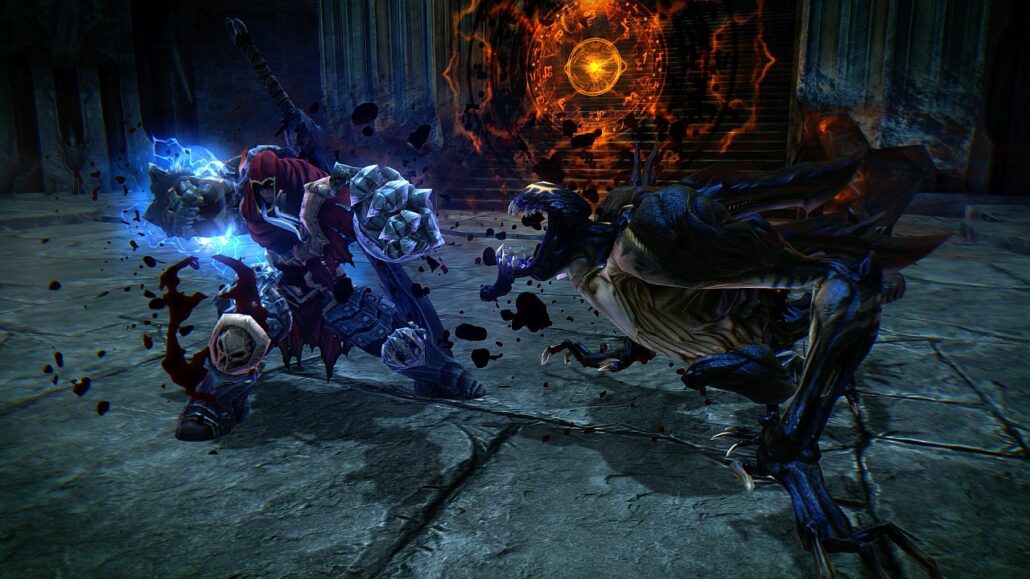 Each primary has its own playstyle from the far-reaching Scythes that feel a lot like Kratos’ Blades of Choas in God or War or Mercy, six-barreled super pistol. My personal favorite is the Crossblade sub weapon that acts as a sick boomerang/glaive hybrid: once charged, it grinds against bad guys as you beat the hell out of them. There’s also this demon horn-thing which can knock down opponents or stagger them long enough to you to land a few hits.

Darksiders has a good variety of weapons and skills that should suit however you want to play, though most times it’s going to be the enemy types that will decide what weapons you bring into battle. I was a fan of the Stoneskin ability that increases your defense and looks pretty awesome.

Taking direct inspirations from God of War, near-death enemies will have a brief button prompt that results in a brutal execution. Bosses that are down for count lead to an incredibly gory Quick-Time Event where War systematically tears them apart limb by limb. It’s a nice reward at the end of a challenging boss fight and gives a reminder just how powerful one of the Four Horsemen of the apocalypse, War, really is.

As powerful and bad-ass War is during battle, targeting enemies becomes the biggest kink in Darksiders’ combat which is more evident when dealing with multiple adversaries. It’s easy to get turned around or dash into an oncoming attack while trying to avoid a different attack. 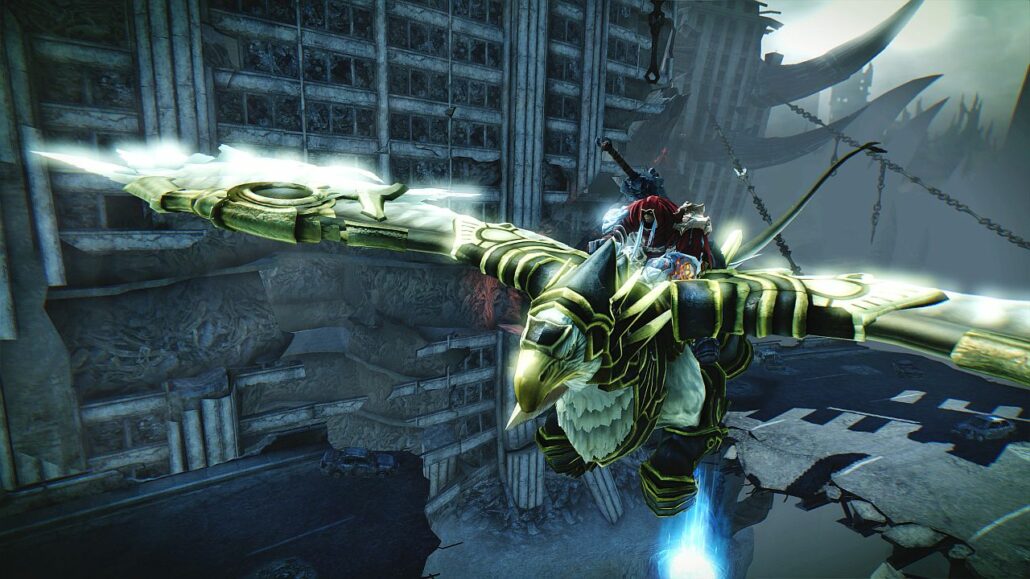 War plays like a tank but also moves like one. So, when dashing isn’t an option, blocking and parrying is your next best bet. It’s lot harder to time since the enemies have more range in their attacks than they lead on. There will be plenty of times when you think you’re at a safe distance only to get conked on the head by some pissed off angel.

Even though this is a remake of a six-year-old game, it still holds up pretty well as far as gameplay is concerned. The content in Darksiders: Warmastered remains mostly unchanged from the original Darksiders that was released back in 2010.  Most of the changes come in the form visual and performance updates such as:

There’s not much in terms of new in-game content. If you’ve already have played through the original Darksiders, there’s really nothing here for you unless really what to see it move at a higher frame-rate or play it in 4k. Darksiders: Warmastered Edition is still a fun and violent good time and it's tough to beat the price of $19.99.

Even though this is a remake of a six-year-old game, it still holds up pretty well as far as gameplay is concerned. Darksiders: Warmastered Edition looks at its best at 4K resolution and as a game, it's better than its sequel.