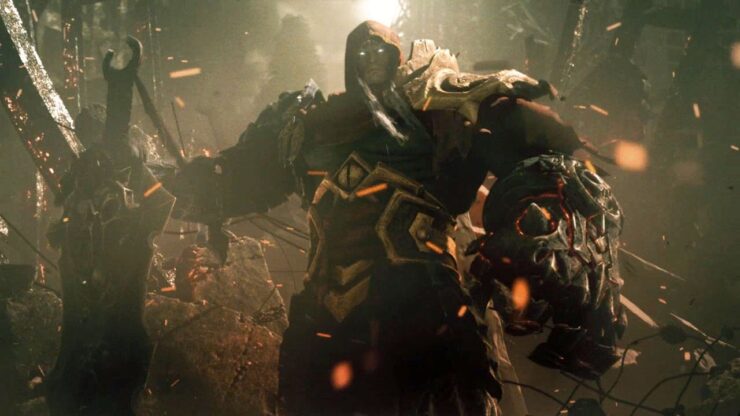 Since the game’s release last month, AMD users have been reporting FPS drops in more hectic scenes with V-Sync enabled. Prior to the patch, framerates dropped to 30-40 FPS, but with the new patch the framerates seem to be locked at 60 FPS.

Check out the patch notes for Darksiders Warmastered Edition #1 below:

The old file was %localappdata%\Darksiders\controls.dcon

New location and filename is %appdata%\kaiko\darksiders1\keymapping.bin

Please just copy the file and rename it.

About Darksiders Warmastered Edition:
Deceived by the forces of evil into prematurely bringing about the end of the world, War – the first Horseman of the Apocalypse – stands accused of breaking the sacred law by inciting a war between Heaven and Hell. In the slaughter that ensued, the demonic forces defeated the heavenly hosts and laid claim to the Earth.

Brought before the sacred Charred Council, War is indicted for his crimes and stripped of his powers. Dishonored and facing his own death, War is given the opportunity to return to Earth to search for the truth and punish those responsible.

"We had a short-lived epidemic of premature emancipation, causing the affected persons to burp out sensitive info a little sooner than planned,” says Philipp Brock, PR & Marketing Director at Nordic Games, and continues “but after a minor surgery and some medication, we got it all under control.”

Darksiders Warmastered Edition was released last month for PS4, Xbox One and PC. A Wii U release will follow at a later date.