Darksiders III To Last 15+ Hours on an Average Playthrough; HDR Support Is In 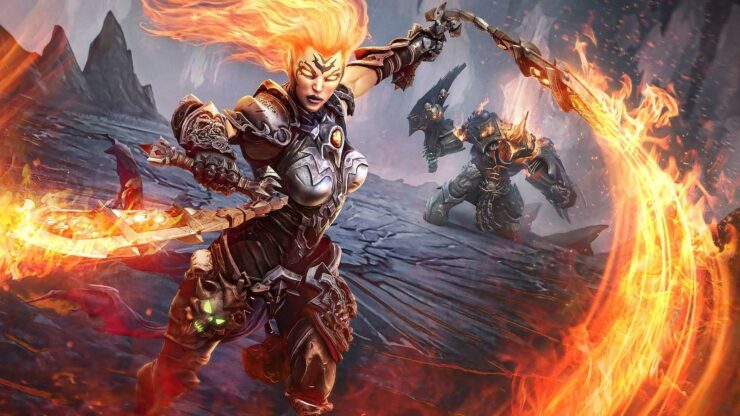 In a little over a month, Gunfire Games and THQ Nordic are due to release Darksiders III, the third chapter in the action/adventure RPG series.

Ahead of the launch, we were able to interview Reinhard Pollice, Business & Product Development Director at THQ Nordic, who confirmed the game's average length.

Playtime is always a tricky question as it depends on numerous factors. On average, we would say somewhere around 15-hours-plus, which is similar to the first Darksiders.

Pollice also confirmed that there will be support for High Dynamic Range (HDR) displays, which is good news for all those who own a compatible TV or monitor.

Darksiders III is out November 27th on PC, PlayStation 4 and Xbox One. Below you can find a brief description of the game's features and the preliminary minimum requirements for PC.

Check back tomorrow for our full interview with Reinhard Pollice. Meanwhile, you could read the recent hands-on put up by Chris, who recently played a preview build.