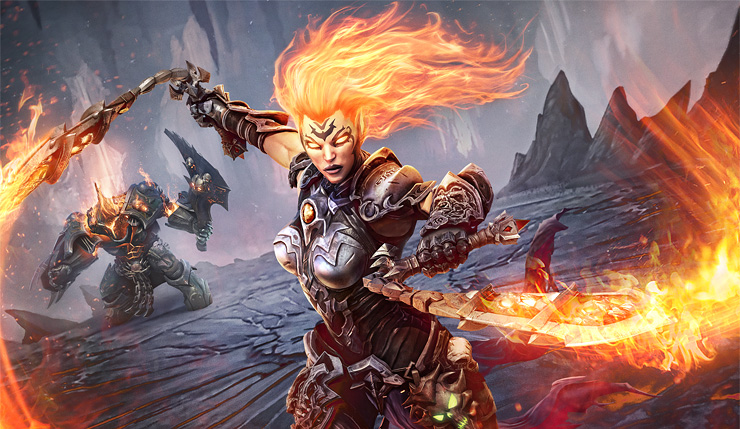 Since announcing the game last year, Darksiders III developers Gunfire Games have shown off a decent amount of gameplay footage, but not much in the way of story. The Darksiders universe is supported by some deep lore and the first two games had surprisingly complex plots, so when are we going to see some cutscenes? Well, how about right now!

IGN has posted a new Darksiders III cutscene, during which Fury faces down the intimidating Lord of the Hollows and gets her fiery Flame elemental form. As you would expect, Flame Fury can traverse toasty locales and can take enemies down with new moves and her fire-enhanced flails. Check out her superheated transformation, below.

Not bad – the game could still use a bit of visual polish, but we still have a few months before it hits shelves. Here’s a reminder of what Darksiders III is all about: