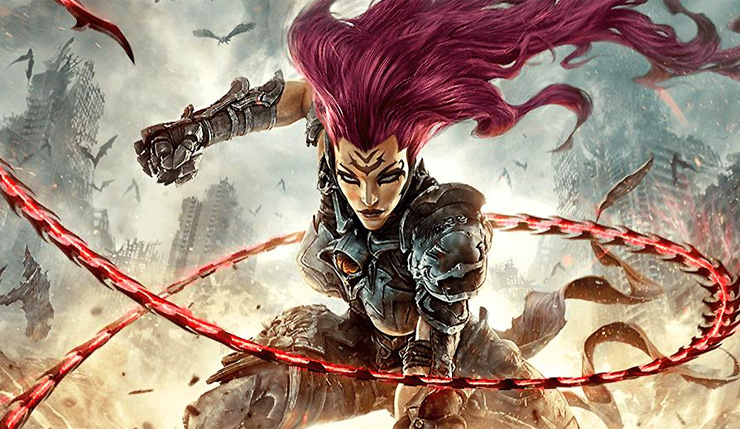 Yesterday we brought you a new glimpse of Darksiders III in action, and now the folks at IGN have unleashed a much-meatier 11-minute clip. The footage shows protagonist Fury making her way through the underground world known as The Nether, including a ruined subway and rocky cave-like area. While down there she whips some baddies to pieces, takes on a big bug boss, and buys some stuff from a demon merchant who sounds a lot like Mark Hamill doing his Joker voice. I don’t believe Hamill has been confirmed for Darksiders III, but he lent his voice to past games in the series, so I wouldn’t be surprised if that’s him. Check out the footage, below.

Looking pretty solid! Perhaps a little slow-paced, but this seems to be the early part of a level – presumably the intensity will pick up later. Also, Darksiders aims for a Zelda-esque action-adventure feel, so non-stop combat isn’t really the focus.

Darksiders III is the work of Gunfire Games, which is mostly made up of devs from the series’ original (and now defunct) developer Vigil Games. Here’s what the game’s all about…

Darksiders III unleashes its fury on PC, Xbox One, and PS4 on November 27.