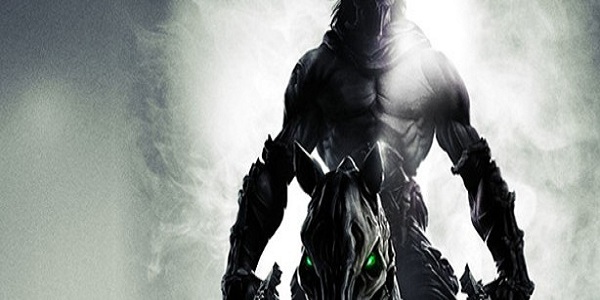 The days of Darksiders II are coming closer, and there are interesting things coming out more frequently. Another trailer just surfaced which shows an even more badass side of Death, War's brother;Darksiders II is an upcoming action-adventure game being developed by Vigil Games and published by THQ. It's a sequel to 2010's highly acclaimed Darksiders. Darksiders II will feature a brand new protagonist, Death. Brother of fabled hero, War. Darksiders II will also feature brand new huge maps, and will take players to several different locales. The game is set to hit the shelves in in August 2012 for PC, PS3 and Xbox 360, and will release on Wii U later this year;

Darksiders II will take place in the same time period the original one took place. THQ confirmed that Darksiders II will also feature the remaining two horsemen, Strife and Fury. However, there role in the game will be quite short period of time.

On February 14, THQ has announced that Darksiders II would hit stores on June 26, 2012. Pre-order DLC bonuses for the game were also announced, for GameStop, Best Buy and Amazon. The PC requirements were released on July 19, 2012.On April 18, 2012, THQ announced on their website that Darksiders I Iwill be delayed until August 2012.

Darksiders was a brilliant game, and I have complete faith in THQ. I'm sure Darksiders II won't be a disappointment.

Dark Souls 3 Gets 13 Minutes of Gameplay, Showing the Unforgiving Combat All Know and Might not Love