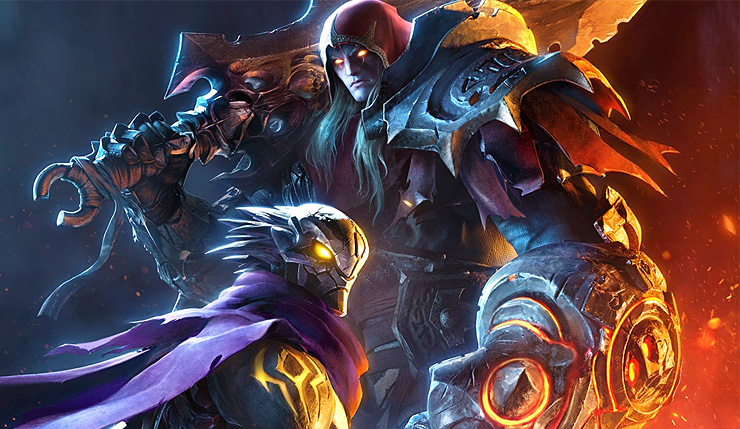 Darksiders III fell with a bit of a wet thud when it launched last year, but THQ Nordic seems to still be committed to the franchise. In fact, they’ve just announced a new prequel spinoff, Darksiders: Genesis! This new game from Airship Syndicate (Battle Chasers: Nightwar) will feature a new Horseman, Strife, and Diablo-style overhead-view hack-and-slash gameplay. Check out a brief teaser trailer for the game, below.

Still reeling from the events on Eden, War and Strife have been given a new assignment—Lucifer, the enigmatic and deceptive demon king, has been plotting to upset the Balance by granting power to master demons throughout Hell. War and Strife must hunt down these masters, gather information, and ultimately fight their way through a tangled, demonic conspiracy that threatens to forever upset the Balance and unravel all of creation.

Darksiders: Genesis is an action/adventure that tears its way through hordes of demons, angels, and everything in-between on its way to Hell and back with guns blazing and swords swinging. Genesis gives players their first look at the world of Darksiders before the events of the original game, as well as introduces the horseman Strife.

Seems promising enough, although, oddly, none of the materials released by THQ Nordic mention whether the game will support co-op play. In my opinion, Diablo-style games are kind of useless if you can’t play with others, so hopefully co-op is in.

Darksiders: Genesis is coming to everything under the sun, including PC, Xbox One, PS4, Nintendo Switch, and Google Stadia. A release date has yet to be announced.