Dark Souls 3, the latest entry of the series developed by From Software, has only been released in Japan on consoles so far, but Xbox One owners can enjoy the game in English right now by purchasing the game on the Japanese Xbox Store. Bandai Namco recently confirmed that this version of the game doesn't include all the latest tweaks that have been introduced by a day one patch, but it's now possible for Xbox One users to download the patch and enjoy all the latest tweaks. 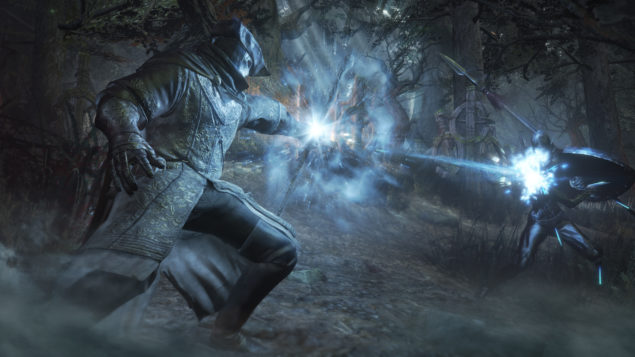 According to reports on reddit, the Dark Souls 3 1.01 patch is now available for download in both North America and  Europe. The patch, which is around 1.1 GB big, introduces a couple of difficulty tweaks for the first few areas and bosses and introduces support for online play, which is not yet available for the Western version of the game, even though players have to accept an EULA for online playing when starting the game following the update process.

As Dark Souls 3 has been available in Japan for around a week, players have already been able to discover some of the game's secrets, better understand some of the mechanics and more. Earlier this week, one Japanese player shared a Dark Souls 3 video showcasing an item duplication glitch, a glitch that might several alter balance for online play. The user hasn't shared the procedure to activate the glitch, so not too many can take advantage of it right now.

Earlier this week, a very informative Dark Souls 3 gameplay video has been shared online, detailing the PvP mechanics of the game. The video is relatively spoiler free, so you can check it out without getting some of the game's surprises ruined.

Dark Souls 3 is now available in Japan on PlayStation 4 and Xbox One. The game will be released on PC as well as on consoles in North America and Europe on April 12th.