[Update] English Trophies have surfaced online now. You can check them out here.

[Original Story] Dark Souls 3, the new entry of the popular action role playing game series developed by From Software, is going to be released in just a few days in Japan on PlayStation 4 and Xbox One, and new details on the game have started coming in today. A few hours ago, the game's full Trophy List has emerged online, revealing a few new details on the highly anticipated role playing game. 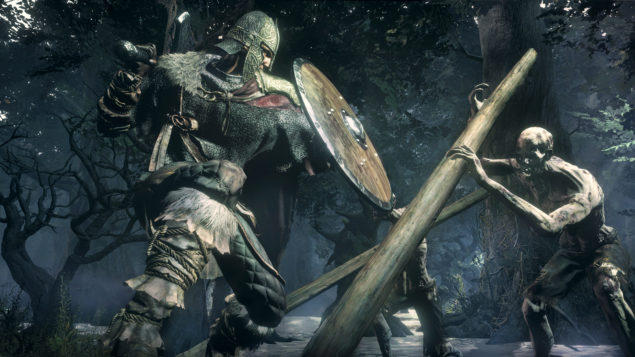 The Dark Souls 3 Trophy List includes 43 Trophies - 26 Bronze Trophies, 13 Silver Trophies, 3 Gold Trophies and the Platinum one. The list, which is only available in Russian as of now, includes some very heavy spoilers on bosses and Covenants, so avoid looking at it if you want the game to be a complete surprise for you when it launches next month.

Last week, we were able to see more of the PC version of Dark Souls 3 thanks to a new IGN livestream, which has revealed the game's graphics and keybinding options. The game really looks great when running at High settings, so those with powerful enough machines will be able to enjoy the game with much better graphics. The PC version of Dark Souls 3 will also run at 60 FPS, and not 30 as it was being rumored a couple of weeks back.

Last week, new Dark Souls 3 gameplay footage has surfaced online from SXSW Gaming 2016. The new footage, which is commented by a Bandai Namco rep, revealed some new details on luck scaling weapons and spells, lore, and other gameplay mechanics.