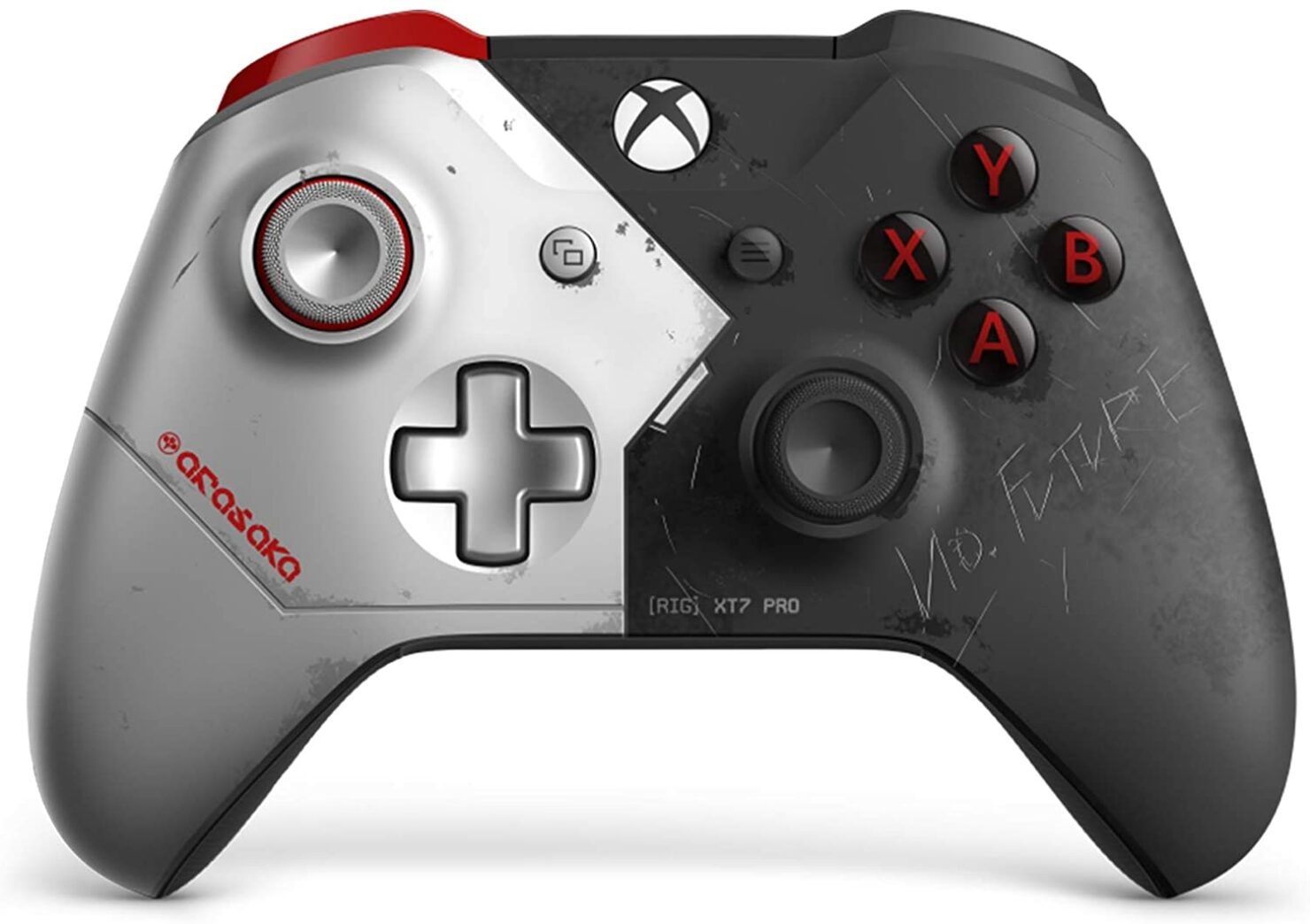 Listed by Amazon Canada, this limited edition Cyberpunk 2077 controller for Microsoft’s console appears to be the real deal as multiple images of the controller have been included, including boxart. According to the description, the rugged design is inspired by Cyberpunk cult character Johnny Silverhand – a central character throughout the series. We’ve included images from this amazing wireless controller down below alongside a screenshot of the Amazon listing in case the retailer decided to pull the page.

CDPR: Johnny Is More Complex & Relatable Thanks to Keanu; The Actor Had to Have a Connection with Him

Based on Amazon Canada’s listing, the limited edition controller will be released on May 4.

During Microsoft’s 2019 E3 press conference, it was revealed that Johnny Silverhand will be portrayed by Keanu ‘John Wick’ Reeves. In a post E3 interview with Gamesindustry.biz, Cyberpunk 2077 quest designer Mateusz Tomaszkiewicz talked about Reeves portraying Silverhand in the game.

"I'm surprised we kept it secret," the designer said. “We were thinking about who [Johnny] is as a character. He is a rebel and is standing against the oppression; he's standing for an idea. A lot of characters that Keanu has played in his career were like that as well. We felt it was a natural pick for the character.”

"Also, I'm not sure if you know this, but he's also played a lot of characters called John or Johnny, which creates this cool link [Johnny Silverhand is from the original Cyberpunk RPG series]. In general, we felt it was a natural pick and he's a very experienced actor. We were very excited to be working with him."