Well, I suppose you could say that if it was free, it would be the best deal ever, but having seen this deal I can't honestly find a much better deal than this. GOG, owned by CD Projekt who are also the ones developing Cyberpunk 2077, as well as having developed some outstanding titles in the form of The Witcher series, and Thronebreaker, are putting all of their titles in one, outstanding, package.

For what I honestly consider the absurdly low price of £69.77 or $87.77, you can get a host of fantastic titles over on GOG in the CD Projekt Red Collection, these titles are:

As always, with any title bought on GOG, the games are completely DRM free. More important, every single penny/cent/rupee/monopoly dollar spent in this deal goes directly to the company making these games.

Buying on GOG also nets you a few exclusive bonuses not found elsewhere, these are an exclusive digital booklet about the game, some extra wallpapers and avatars, printable quality Cyberpunk 2077 posters and also a limited time 30% off coupon for the CD Projekt Red merchandise store. 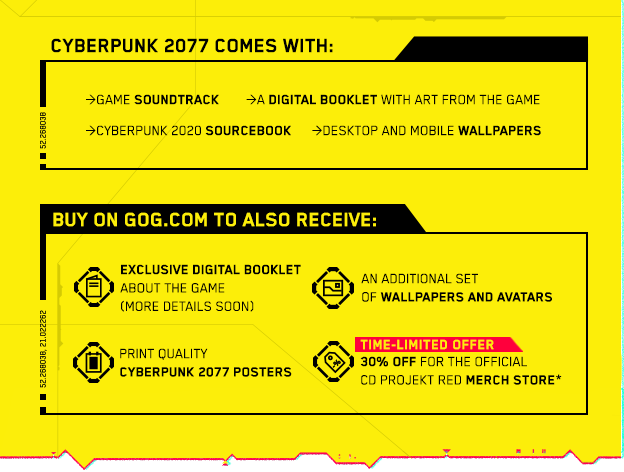 As much as it's always favorable by some people to keep their games together, which means that many will pre-purchase on Steam now it's available there, I'd personally recommend going for this. Show your love and support to a developer that makes provably outstanding games and will likely be releasing yet another outstanding game when Cyberpunk 2077 releases on the 16th of April, 2020.

We covered the reveal trailer of our saviour, Keanu Reeves, yesterday of course, but for those who missed it, take a look at that link for the trailer and more information. You can also just check out the trailer below.

Cyberpunk 2077 Sees Player Resurgence Thanks to EdgeRunners; CDPR Thanks Players in Statement