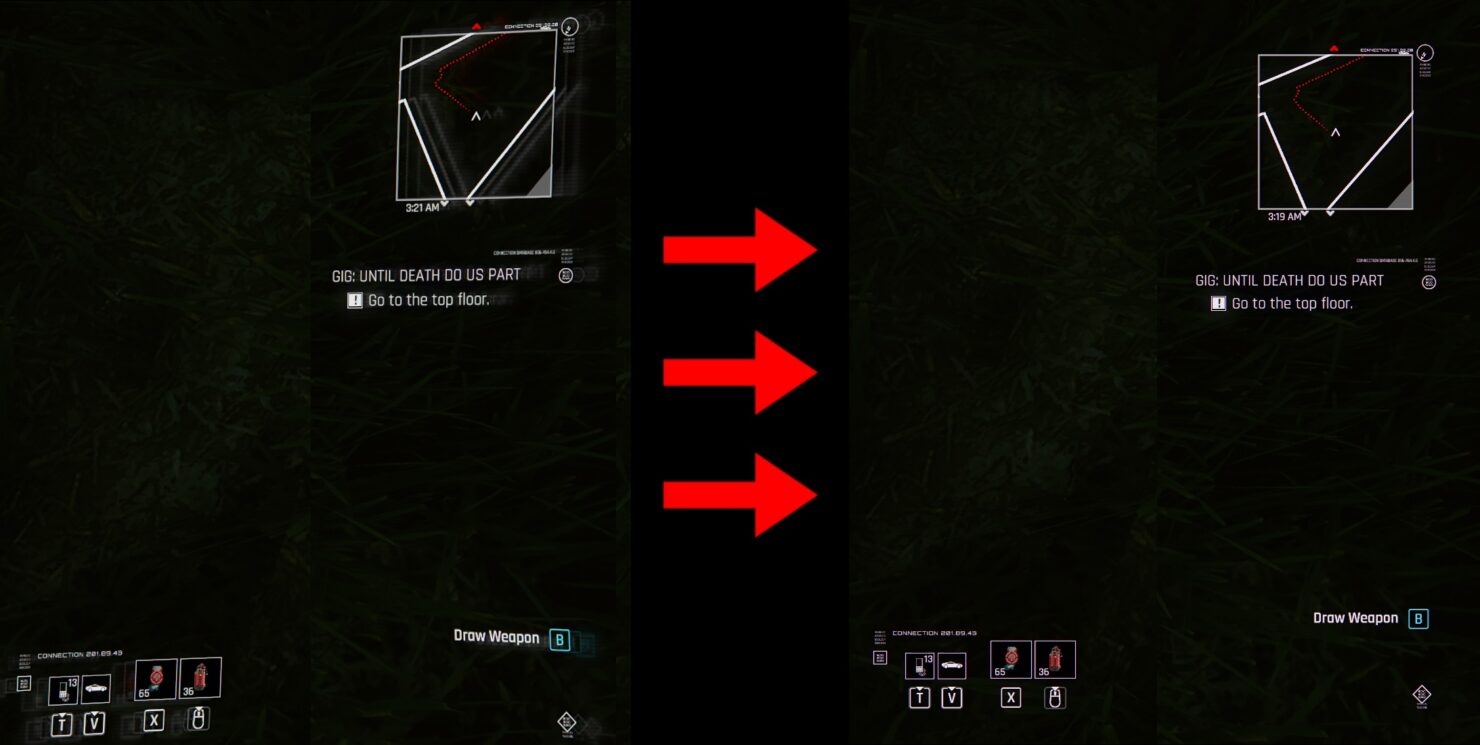 A new Cyberpunk 2077 mod that has been shared online today improves the game's user interface by removing some annoying UI effects.

The Purify the UI mod removes the repeated 2D UI effect, which introduces an effect that looks like ghosting, as well as the spheric 3D effect that stretches the interface.

This mod disables the 2D repeated UI effect (that looks like you're seeing double/triple/quadruple) and disables the spheric 3D effect (stretching UI to a perspective). Cyberpunk 2077 UI suffers from not enough customization options. The 3D and 2D effects that the UI uses are considered to be very distracting, even if they seem immersive at first.

You can check out precisely what the Cyberpunk 2077 Purify the UI mod does in the comparison screenshots below.