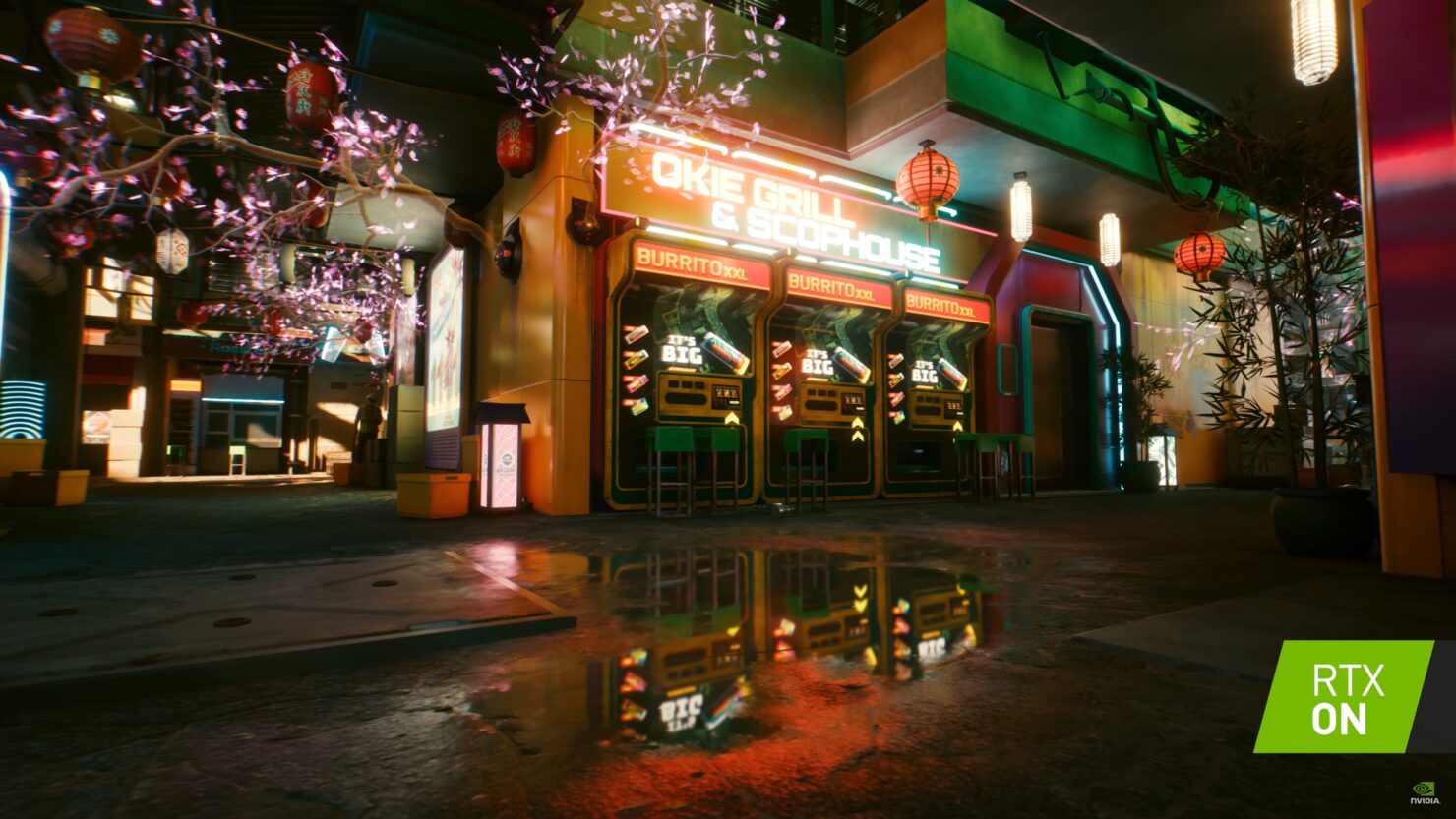 This prompted one user to ask CD PROJEKT RED's Community Manager Marcin Momot about the ray tracing specs for AMD hardware, and Momot replied that the feature won't be available at launch for the Radeon GPUs, though the studio is working on making that happen as soon as possible.

Not for the release but we are working together with AMD to introduce this feature as soon as we can.

Now, this is not a case of NVIDIA proprietary features or anything like that, as it was recently confirmed that Cyberpunk 2077 ray tracing is based on Microsoft's open DXR API. We then have two options: either CD PROJEKT RED is taking its time to optimize the ray traced features for AMD's different architecture, or this is simply a byproduct of the marketing deal made with NVIDIA.

We've seen the same thing on the reverse, after all, only a short while ago with Godfall. That game was featured in a marketing deal with AMD and its ray tracing features (shadows, specifically) only launched on AMD Radeon graphics cards, with NVIDIA GeForce users getting it 'soon'.

Hopefully, this isn't the start of a continuous stream of timed exclusive ray tracing effects depending on a game's marketing deal, because that would be annoying.

At any rate, going back to Cyberpunk 2077 ray tracing, let's recap which effects will be featured in the title. NVIDIA DLSS will also be available, of course, boosting performance across the board.

Ray-Traced Diffuse Illumination - This captures sky radiance as well as emissive lighting from various surfaces, which is difficult to achieve with traditional rendering techniques. When enabled, billboards and other illuminated surfaces and objects will brighten their surroundings with naturally colored lighting, and the sun and moon will realistically illuminate Night City.

Ray-Traced Reflections - In Cyberpunk 2077, ray-traced reflections are used on all surfaces and can trace ranges for up to several kilometers, enabling realistic reflections across vast view distances. They are present on both opaque and transparent objects and surfaces to simulate the way light reflects from glossy and metal surfaces by tracing a single bounce of reflection rays against the scene.

Ray-Traced Ambient Occlusion - In Cyberpunk 2077, ray-traced ambient occlusion can be used with local lights to approximate local shadowing effects where shadows are missing, greatly improving the quality of the ambient occlusion effect.

Ray-Traced Shadows – In Cyberpunk 2077, directional shadows from sun and moon light are added to the game, based on the strength of light, scattering of light through clouds, and other factors.