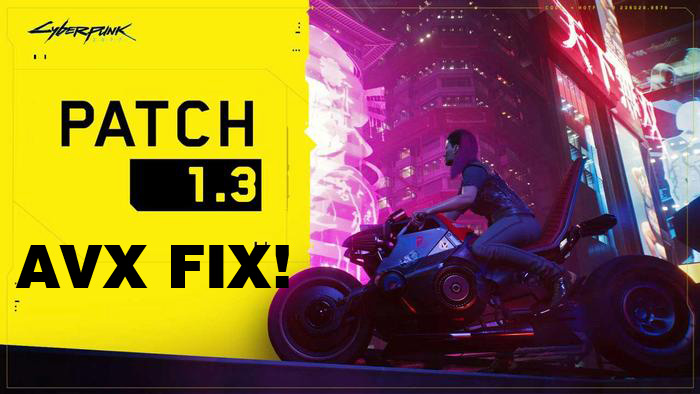 Cyberpunk 2077 players with older CPUs or those using a CPU without AVX support will be happy with the freshly-released Cyberpunk 2077 update 1.3 AVX fix mod.

Created by modder ‘Jens Andree’, this mod fixes the AVX issue within Cyberpunk 2077 that was reintroduced following the release of the 1.3 update earlier this month. This issue was already present in the past, and although CD Projekt Red (CDPR) patched it out earlier, this bug is now again plaguing players with older CPUs and those using a CPU without AVX Instruction Set support. Last week, CDPR already confirmed that the team is working to resolve this issue, but luckily, those suffering from this issue won’t have to wait for an official patch.

“The solution is a bit dodgy but since I couldn't find one point in memory to prevent these calls I simply searched for each one of them and patched them out with nop (No OPerand, i.e "do nothing")”, the creator of the mod writes on Nexusmods. “The patched-out instructions will not affect the code in any way since I'm keeping all the register values, which is what would've happened if it was executed on an AVX capable CPU. They're just instructions to check some data and it didn't execute any differently after the patch compared to a stack trace on an AVX CPU.”

Installation of this mod is pretty easy, but we advise reading the installation instructions and details nonetheless.

Cyberpunk 2077 is available globally now for PC and consoles. CD Projekt Red is currently working on a native next-gen version of the game for PlayStation 5 and Xbox Series X|S.