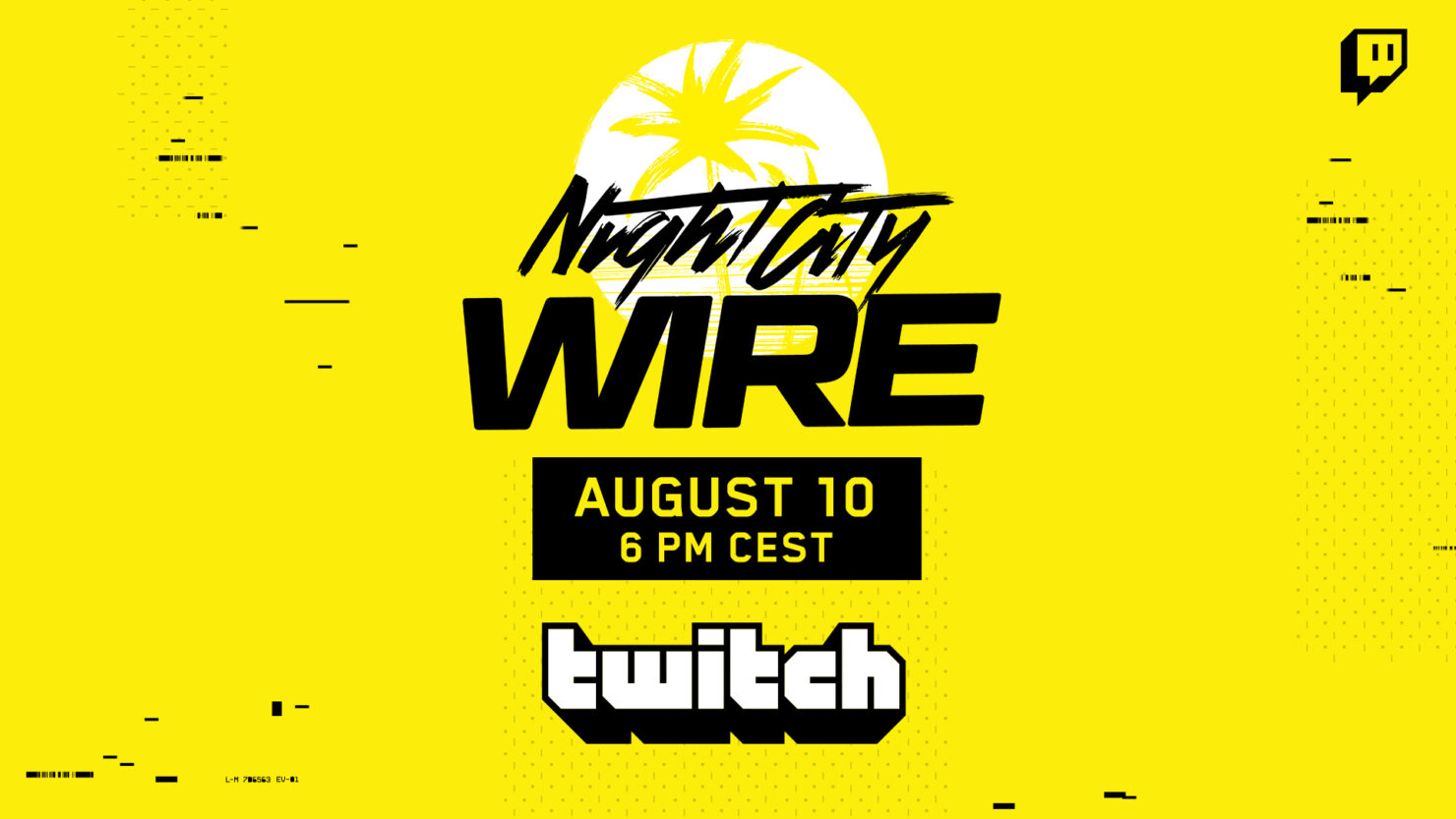 The Cyberpunk 2077 Night City Wire second episode will air on August 10th at 6 PM CEST, 9 AM PT, 12 PM ET. During the show, the developer will share more about lifepaths, weapon types, and more.

Join us on Monday, August 10 at 6PM CEST, at https://t.co/y8iUIM0gBv for episode 2 of Night City Wire! This time we'll share details about lifepaths, show you the types of weapons you will be using in the game, and discuss Refused's transformation into SAMURAI! #Cyberpunk2077 pic.twitter.com/n3LFFocbVI

Speaking about weapon types, it has been revealed yesterday thanks to a new hands-on preview that the Cyberpunk 2077 weapon types will come with clear benefits and drawbacks that go beyond simple stats, something that will surely be discussed during next week event. Melee combat also got more details, and it seems like it will better than what the footage released so far suggests.

Cyberpunk 2077 launches on November 19th on PC, PlayStation 4, and Xbox One. The game will hit Stadia, PlayStation 5 and Xbox Series X  sometime in 2021.