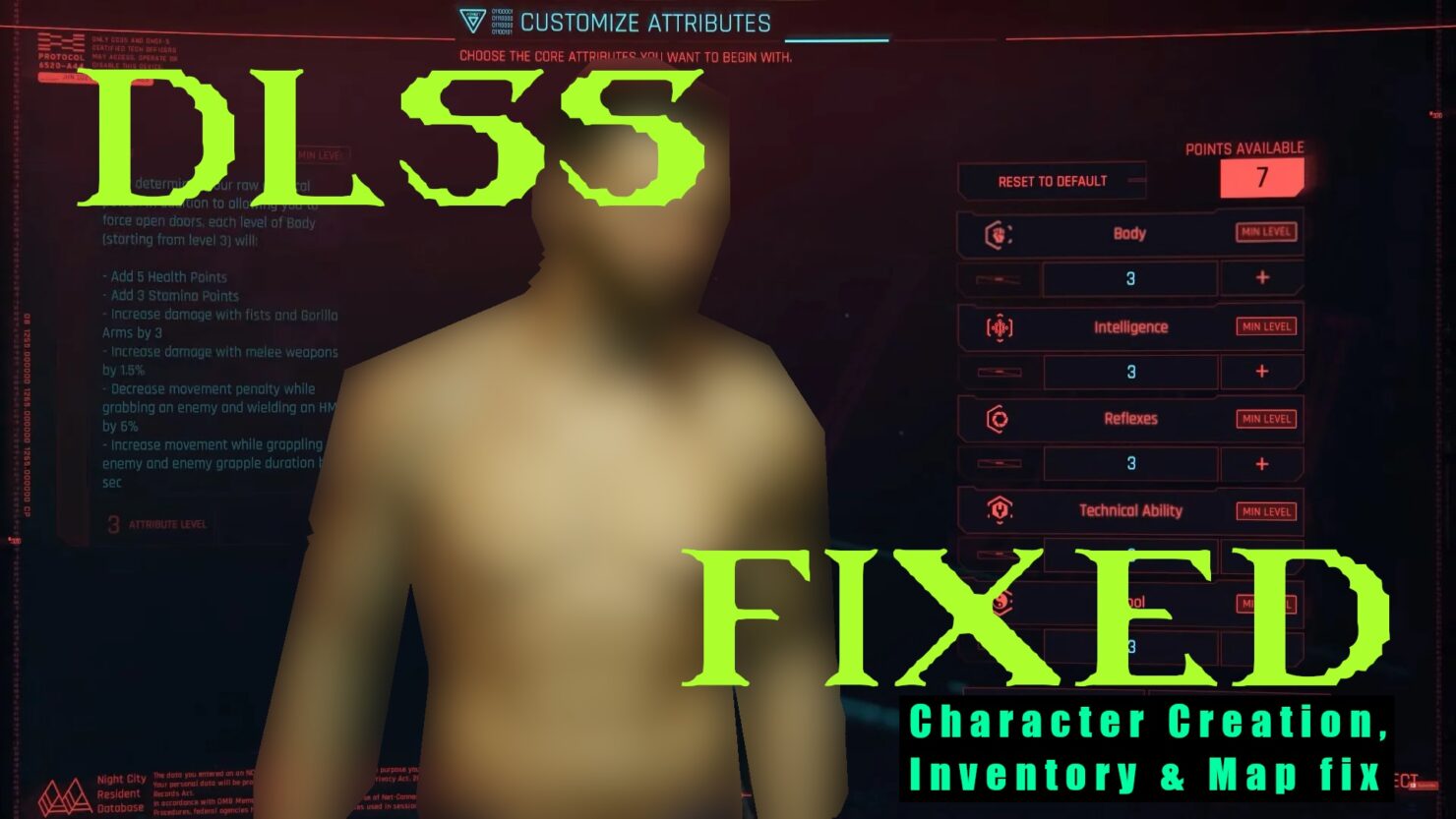 A new Cyberpunk 2077 mod that has been released online this week introduces fixes for some DLSS rendering issues that have yet to be addressed officially.

The DLSS Fix For Inventory Menu And Character Creation Rendering mod automatically disables DLSS when creating a character or browsing the inventory, finally allowing those using DLSS to see character's clothes in detail without having to disable DLSS manually every time.

This mod will simply fix the blur that is an effect of DLSS not working properly in certain menus in Cyberpunk 2077.

In vanilla, the game glitches out and displays internal resolution that DLSS would normally upscale to your monitor's real resolution.

This fix adds a small lag when closing menus while playing but in my opinion that is absolutely worth it.
You can finally see the clothes on your character in detail, and don't have to manually disable DLSS to do it.

When you aren't actually using DLSS, this fix will not impact your game at all.

When you open your inventory or map, currently I have not found a reliable solution to programatically 'refresh' the screen.

Instead, you need to switch tabs back and forth once: press Next/Prior button (buttons 3 and 1 on keyboard by default), just once, for the renderer of menu to refresh.
After that DLSS is disabled and you can switch tabs as you wish, until you close the menu, where DLSS will be re-enabled until you open the menus again later.

The Cyberpunk 2077 DLSS Fix For Inventory And Character Creation Rendering mod can be downloaded from Nexus Mods.

Cyberpunk 2077 is now available on PC, PlayStation 4, Xbox One, and Google Stadia. A current-gen consoles version will release later this year.