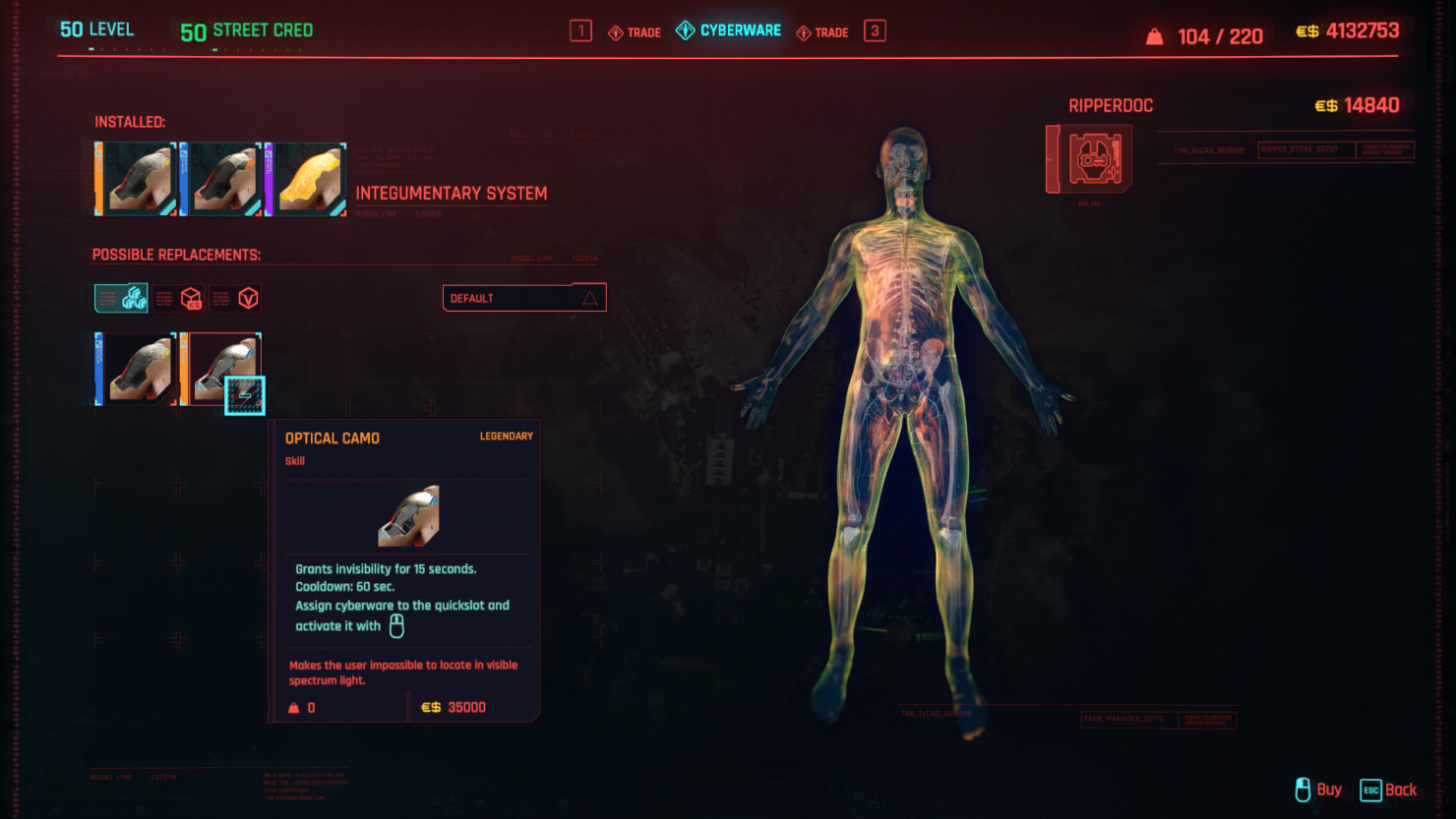 A new Cyberpunk 2077 mod that has been released online in the past few days restores a piece of cut content to introduce better options for those who like being stealthy.

The Purchasable Optical Camo Cyberware Overhaul restores the Optical Camo cut cyberware that grants invisibility for a set amount of time. The item is available in different variants, with slightly different effects that have been rebalanced to avoid making it too effective.