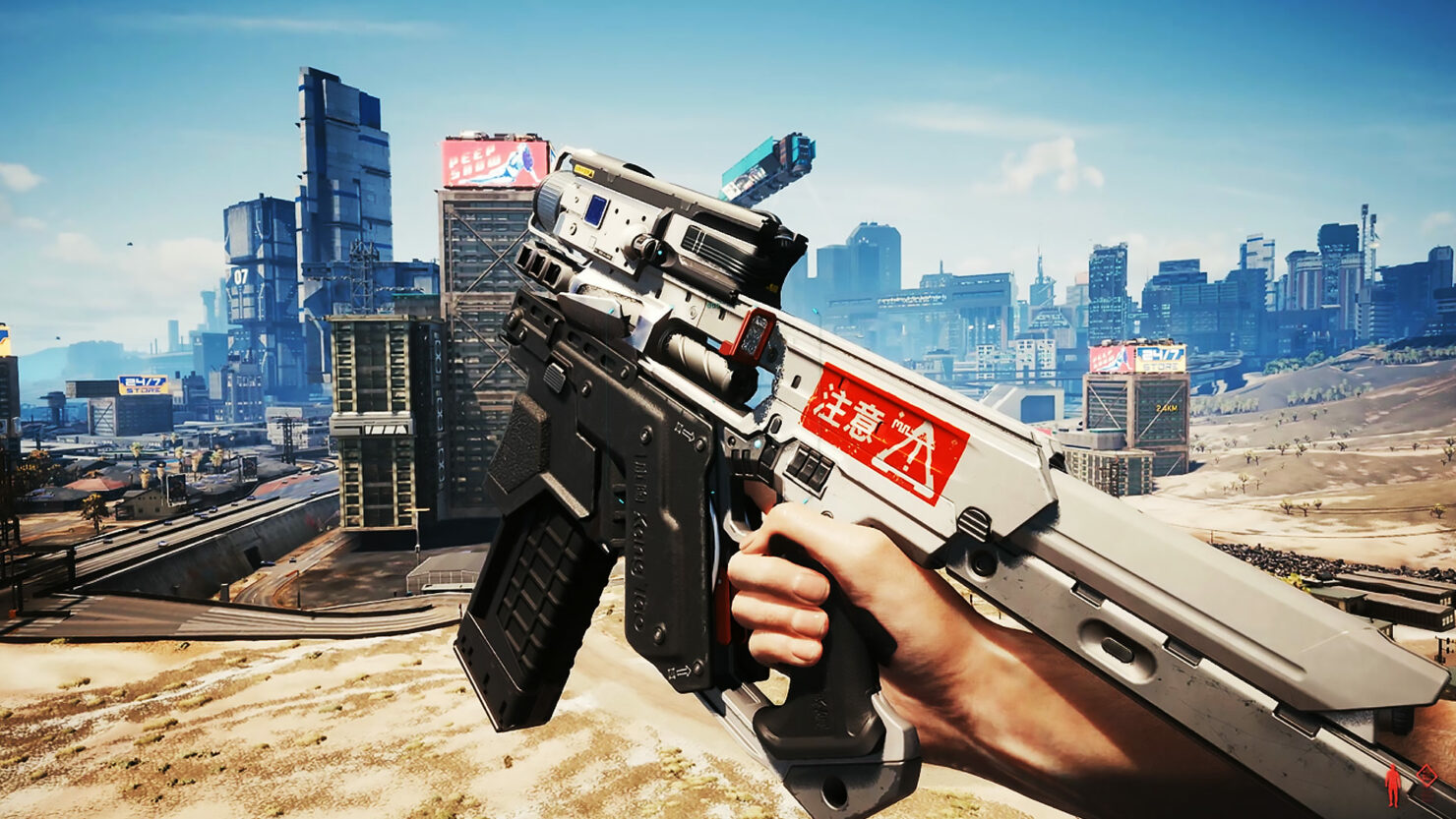 A new Cyberpunk 2077 mod is now available online, introducing some welcome changes to the weapon FOV.

The new mod, which can be downloaded from Nexus Mods, changes the game's weapon FOV vanilla settings to show more of the equipped weapon, making them feel closer to other first-person shooters.

While being functional, it's not perfect. I spent dozen of hours trying to figure out how to change & update the actual weapon viewmodel fov in real-time. While it seems the RED engine has everything to tune it, it looks like the model coords are tied to the animation system, so I couldn't go further. I had to fallback to an another solution, moving the player camera. It's a bit hacky, since the FOV has to be reset when aiming down sight. This can cause a little bump when going back to ironsight, but it's not very noticable.

I'll try to continue my investigations, but as of now, the mod works and I can finally continue my playthrough and respec to Shotgun Specialist!
If I can't find the actual method to change the viewmodel FOV (if a modder come by, I'm all ears!), I'll work on an update which will let users set their own FOV and save their preference for each weapons.

EFFECTS
This mod change weapons position in hipfire state for the following types:

ADS position/zoom have not changed and are identical to the vanilla version. Others weapons types (Blades, Revolvers, Pistols...) aren't affected either, as they already have a nice & customized viewmodel FOV.

Plenty of Cyberpunk 2077 mods have been released since the game's launch back in December, attempting not only to fix some of the technical issues still found in the game but also to improve the gameplay. One of the latest mods that have been released online introduces some tweaks that make the game more challenging.

Cyberpunk 2077 is now available on PC, PlayStation 4, Xbox One, and Stadia worldwide. The game will release later this year on PlayStation 5, Xbox Series X, and Xbox Series S.