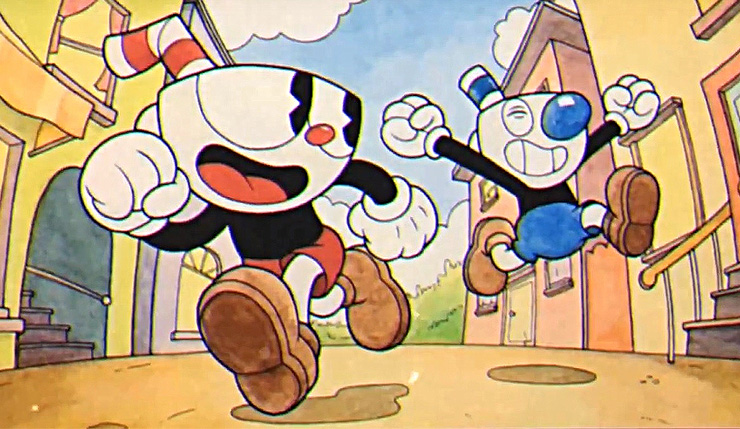 Cuphead has been a hit with critics, picking up stellar reviews and a trio of trophies at The Game Awards 2017, but are regular gamers as into the classic cartoon action? It seems they are, as Cuphead developer StudioMDHR have announced their game has gone double platinum:

“Hello friends! Much to our shock and amazement, we can announce that Cuphead has now sold over 2 million copies across all platforms. Even in our wildest dreams, we never thought our crazy little characters would be embraced by this many fans from around the world and we are continuously humbled by your support. So, to everyone who has drawn fan art, composed memes, performed songs, conquered challenge runs, streamed their playthrough, or just played our game and had a good time, we love and appreciate all of you from the bottom of our hearts.”

Cuphead surpassed 1 million copies in mid-October, which means it sold another million over the course of about two months. Seems this game has some legs -- old-timey rubber hose cartoon legs. According to SteamSpy, approximately 1.1 million copies of Cuphead have been sold on Steam, meaning the game is most popular on PC, despite being heavily promoted as an Xbox One console exclusive.

Wccf’s Rosh Kelly loved Cuphead’s sense of style, but warned the hard-as-nails game might not be for everyone in his review:

“[Cuphead’s] animation, soundtrack and atmosphere are all just outstanding. This won’t be a game for everyone. If it were a platformer, even a challenging one, I’d be quicker to recommend it, but not everyone will be enthralled by a series of boss battles. But if you if you want imaginative boss fights, you're in luck with Cuphead. Just make sure you're prepared to die - a lot.”

Cuphead is currently available on PC and Xbox One.