Crytek Preparing New Demo for E3 “Will Be Really Good”, “People Will Like It”

Crytek will have a new demo to demonstrate at E3 2015 in June. Crytek's Producer Fatih Özbayram has tweeted that the demo will be "really good"

Our E3 demo will be really good, I promise!

He further stated that people will like it but he is not at liberty to share more information at the time. 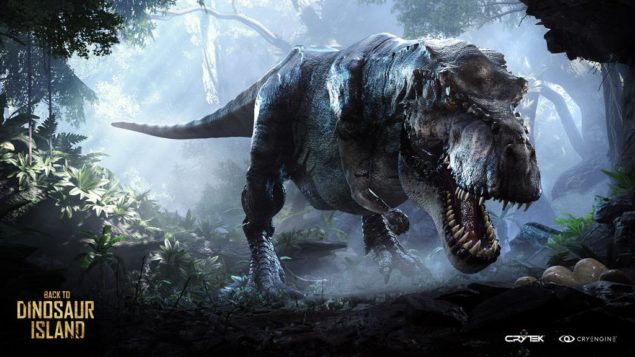 Crytek has demonstrated the incredibly looking "Back to Dinosaur Island" at GDC 2015 recently, showcasing the potential of the CryEngine with VR using the Oculus Rift. While it may be an expanded version of tech demo, it could also indicate that is something that more people will be able to see and not only E3 attendees.

Crytek producer Fatih Özbayram described the contents of the demo via Twitter:

“Our demo has a variety of interactions. One of them is the interaction with a Hollywood feel T-Rex which mimics your head movements. The narrative [of] our demo is you being a baby dinosaur sitting in the middle of a nest of other dinosaur babies about to hatch. We’ve chosen dinosaurs as we wanted to nod to the origins of Crytek.”

Crytek could be developing a new Crysis game or a game using the assets from the "Back to Dinosaur Island" demo. Regardless it's quite exciting to see what they have in store as it will at least visually be something quite special.

E3 2015 will be held between June 16-18 at the Los Angeles Convention Center. We will bring you any new information on Crytek and their new demo, as well as any Cryengine projects as soon as it becomes available. Make sure  to check out our previous coverage on CryEngine projects, here and here.