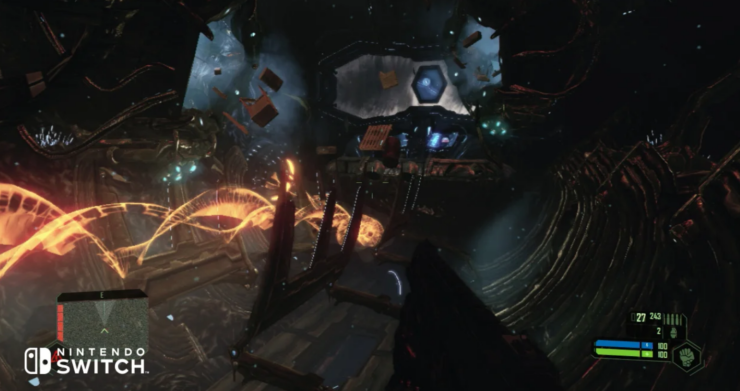 According to the Crysis team, the new 1.4 patch addresses several crashing issues on Nintendo’s hybrid platform and also fixes some bugs with voiceovers and subtitles. In addition, the update should resolve an issue that caused Gyroscope aiming on the Switch to get stuck on some occasions.

We’ve included the official release notes for this update, as supplied by Crytek, down below.

​- Improvements made to Audio.

- Improvements made to game Performance.

- Fixed a bug where a huge alien structure was floating mid-air at the beach.

- Fixed an issue that caused Gyroscope aiming to get stuck sometimes.

- Fixed an issue where the Audio synchronization during cutscenes was broken, after attaching/de-attaching joy-cons.

- Fixed an issue that caused NPC faces to be too dark during several cutscenes.

- Fixed an issue where some distant vegetation was glitching while using binoculars.

- Fixed a bug where occasionally the carrier's elevator could not be activated during the main objective. (Fleet - Reckoning)

- Fixed sound attenuation issues working inside building, even when they have been destroyed.

- Fixed a bug where corpses appeared dark after being thrown.

- Fixed a bug where General Kyong teleported with graphical artifacts. (Mine - Awakening)

- Fixed a bug where the HUD did not reload immediately after skipping the cutscene with General Kyong.

- Fixed wrong timing of the video played during the videoconference cutscene. (Rescue - Relic)

- Fixed an issue where broken glass would disappear, if player broke another glass. (Exodus - Sphere)

- Fixed a bug where VOs and subtitles were missing during dialogues with Psycho. (Reckoning-fleet)

Crysis Remastered is available now on Nintendo Switch, PC, PlayStation 4, and Xbox One.