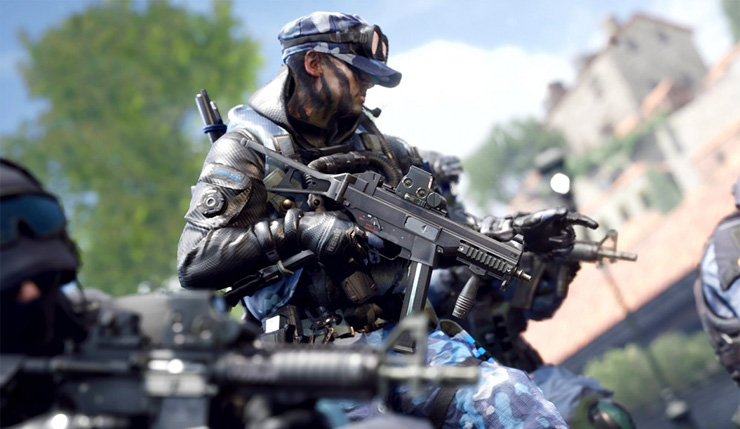 CrossfireX, the new Xbox One timed-exclusive shooter being co-developed by the talented folks at Remedy Entertainment, doesn’t have a release date just yet, but it seems a beta may be coming surprisingly soon! While a CrossfireX beta has yet to be announced, a Microsoft Store page has popped up, and it carries a release date of June 25! No word on what the beta might contain, but it weighs in at a relatively slim 5.9GB. Here’s some screenshot proof, just in case the store page gets pulled down. 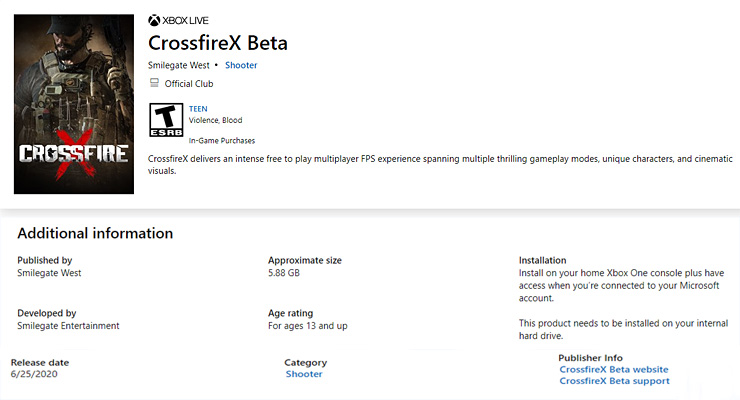 For those unfamiliar, Crossfire is a Counter-Strike-style tactical shooter that launched in 2007 and is extremely popular in Korea and China. The series has never been as popular in the West, but Microsoft is hoping to build a following here with CrossfireX. The folks at Remedy are expanding the Crossfire universe and story for this release, so hopefully that attracts a few more eyes. Need to know more? You can read what Remedy thinks about working on the series, and check out an official description, below.

CrossfireX delivers an intense first-person shooter experience where players are immersed in a sprawling global conflict between the world’s two most formidable private military factions: Global Risk employs veterans of powerful armed forces who use advanced technologies to fight for order and security; Black List employs hardened mercenaries trained in guerilla tactics who fight to destabilize oppressive regimes in the name of freedom. Choose your side and complete objective-based missions across a variety of classic and innovative modes featuring tightly crafted gameplay and cinematic visuals.

CrossfireX is expected to hit Xbox One sometime in 2020. Again, according to your leaked store page, the beta may arrive next week on June 25, but that may change. What do you think? Excited to give this new version of Crossfire a try?