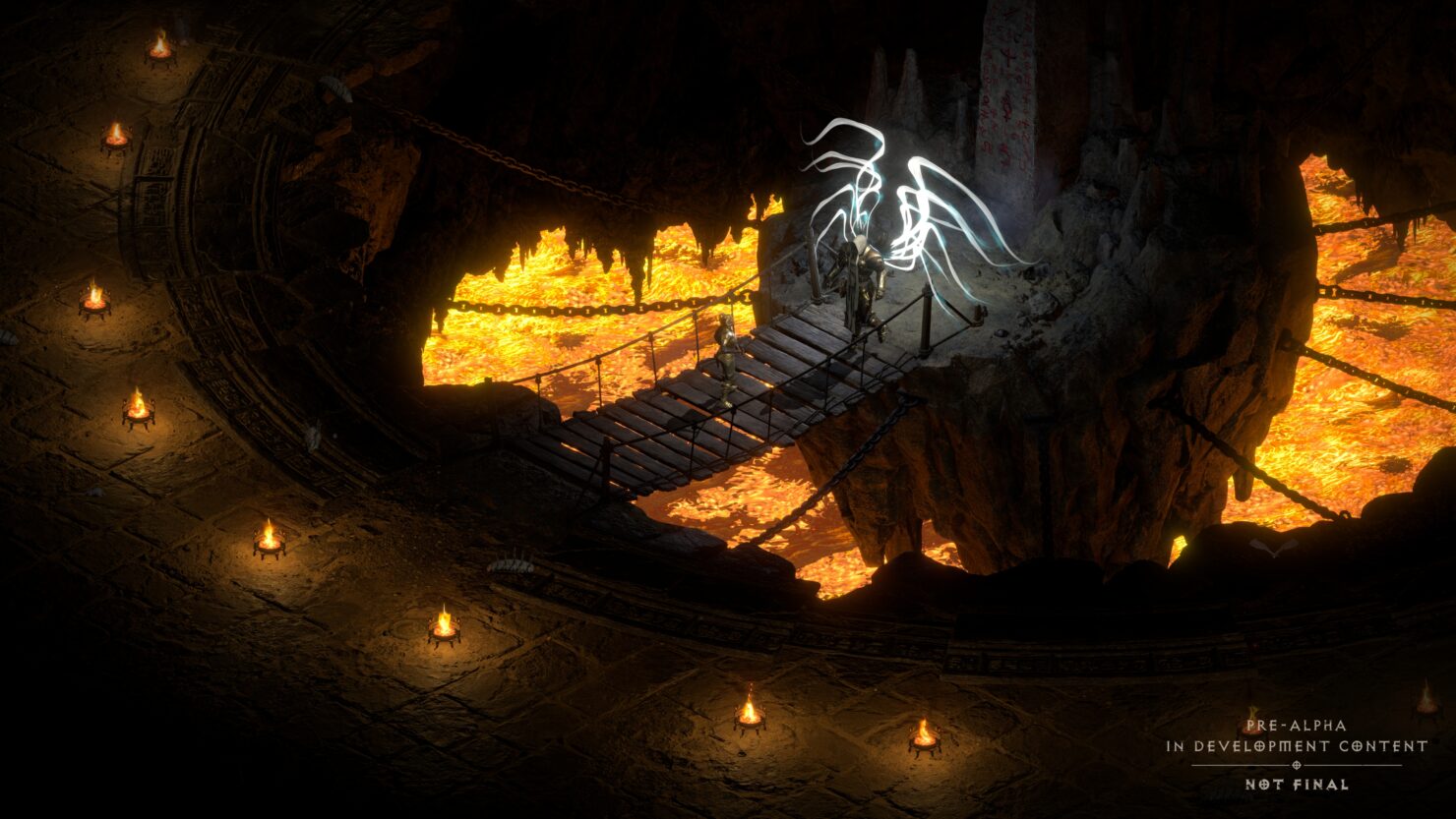 Diablo 2 Resurrected was easily the biggest news (even if it had been leaked ahead of the event) coming out of BlizzConline 2021, with Diablo fans excited to dive once again into the classic action RPG that's being remastered by Vicarious Visions.

Diablo 2 Resurrected will also ship across PC and consoles featuring cross-progression, which is great news. Even greater news would be having cross-play and in an interview with Eurogamer, Blizzard did leave the door open for that happening at some point after launch.

Rob Gallerani (Principal Designer): Right now you can play against people, because there will be global leaderboards, but you can't play immediately with them. So there won't be cross-play.

Rod Fergusson (Executive Producer and Head of the Diablo franchise): It's something we looked at, for sure, as part of looking at cross-progression, but the cross-progression was the clearest indication of what we should be doing. And so cross-play is something we continue to look at. But it's not something that's going to be in there at launch.

We looked at it. I'm a big co-op player. I play Diablo 3 with my two sons all the time in couch co-op - it's our Christmas tradition. And so that was something we really looked at wanting to do with Diablo 2 Resurrected. But as we started to get into it, the amount of code and UI we would have to touch to make that work felt like it was going to change a lot. And we were a little bit worried about the kinds of changes we would have to make to make that work seamlessly.

We're really excited though to be able to bring eight-player co-op into the present. As we went through this gen-eight world where everybody was taking co-op out again, we lost that feeling of co-op games because people didn't want to have multiple perspectives in the same world. A lot of times when you talk about bringing a 20-year-old game forward, you're talking about adding modern things to it. I really love the idea that we're taking this thing that existed 20 years ago and bringing it to modern times and saying wow, I can play this game in eight-player co-op in 2021. That's going to be exciting.

Diablo 2 Resurrected ships later this year on PC, PlayStation 4, PlayStation 5, Xbox One, Xbox Series S|X, and Nintendo Switch. You can sign up for the PC Technical Alpha on the game's official website.