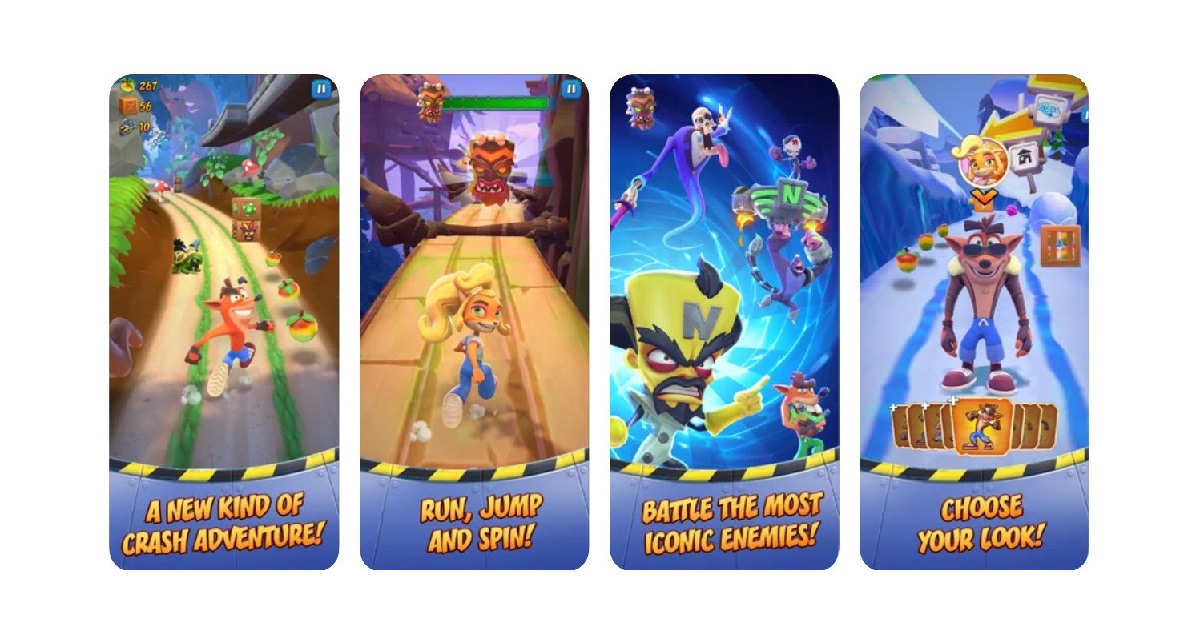 If you are a fan of Temple Run, there is a new game released for the iPhone and iPad which will bring back memories. That's right, Crash Bandicoot is back in action with new adventures on the iPhone and iPad. The endless runner was available to pre-add in March of this year and now it has finally made it out. Let's dive in to see some more details on the endless runner - Crash Bandicoot: On the Run! and what can users expect from the title.

Crash Bandicoot: On the Run! Now Available to Download on iOS and Android

Crash Bandicoot: On the Run! offers new experiences with Crash in a new mobile title that you can download today on your iPhone and iPad. If you remember Temple Run, you must already be familiar with the mechanics of the game. It is an endless runner with a free-to-start game. However, it does offer in-app purchases, allowing you to unlock stuff later on. In terms of the game's story, here's what the description reads:

In Crash Bandicoot: On the Run!™, Dr. Neo Cortex has dispatched iconic villains across the multiverse to take control of all dimensions. With the help of his sister Coco, Crash must bash Cortex’s minions back to their own dimensions! Use Crash’s unstoppable energy and let the fur fly as you run, spin, and slide your way to stop the dastardly Dr. Neo Cortex from destroying all worlds.

If you have played Crash titles before, the game will bring back numerous characters and iconic locations. For instance, you can explore the Lost City, Turtle Woods, Temple Ruins, the Lab, and much more while facing Nitris Brio, Scorporilla, Nina Cortext, Fake Crash, Dingodile. The game will give you 100 hours of gameplay in 12 different lands and more than 50 bosses to beat. Check out the game trailer below.

If you are interested, the game is available on the App Store for free. The game is also available on Android, so be sure to give it a swing. That's all there is to it, folks. Did you try the new Crash Bandicoot: In the Run? Let us know how you liked it.

Download Crash Bandicoot: On the Run! From the App Store

Download Crash Bandicoot: On the Run! From the Play Store