Crash Bandicoot 4: It's About Time

Once heralded as Sony’s first real mascot character, the jorts-wearing Bandicoot was a rather unlikely hero. Constantly chased down by the patently evil Dr. Neo Cortex, Crash Bandicoot spun his way into our hearts in a number of action platformers that seemingly disappeared off of the face of consoles until very recently. With the N. Sane Trilogy of Crash Bandicoot titles one through three, some thought this would be the last we’d see of the triangle-shaped mammal until a remake of his kart racer followed by the surprise reveal that Toys For Bob and Activision would be coming together for a brand new Crash Bandicoot title and the fourth numbered entry in the series. For those that have been waiting for Crash Bandicoot 4 all these years, I would simply say that ‘It’s About Time!’ 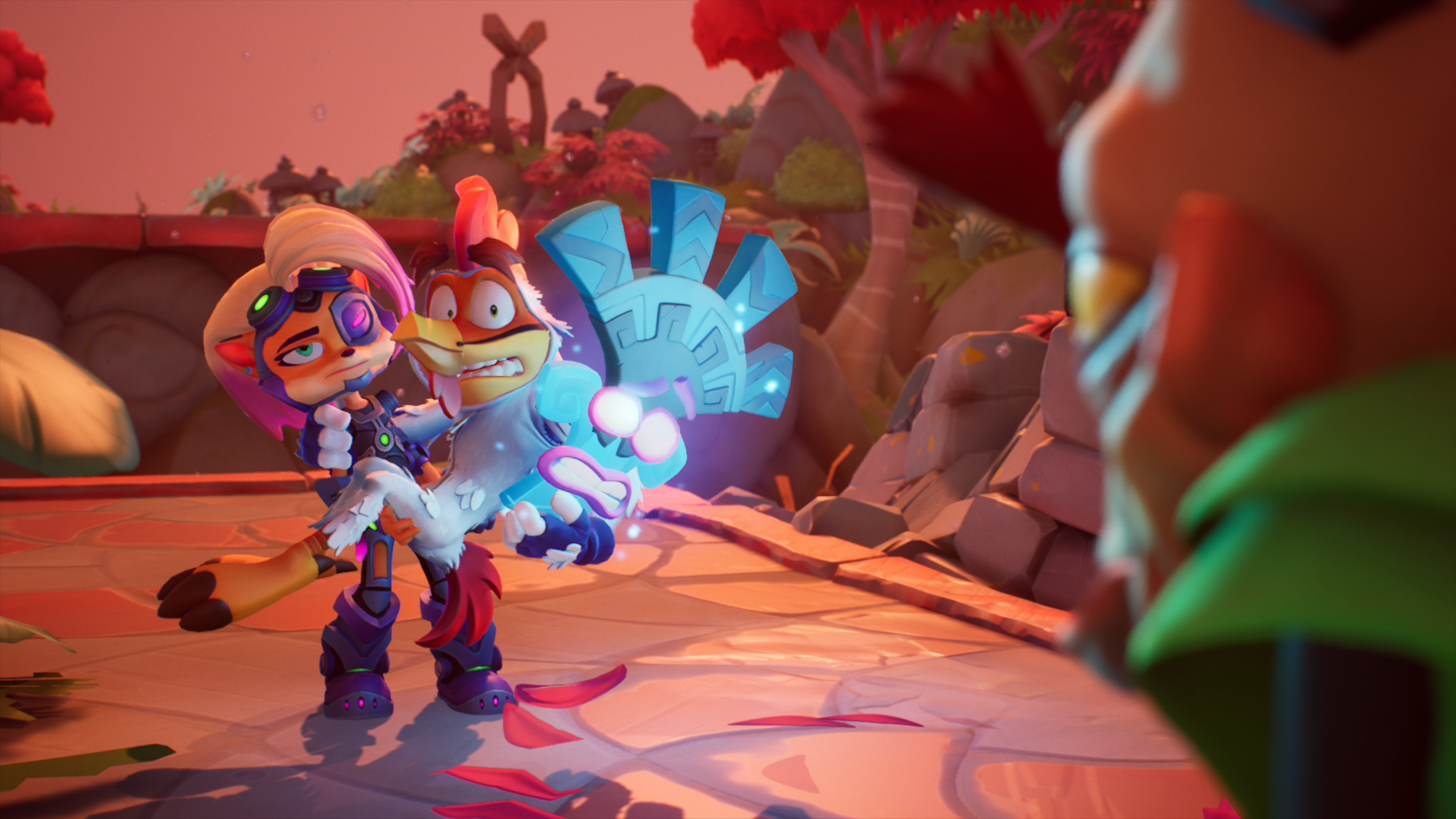 Crash Bandicoot 4 opens with players picking up from the usual spot: hanging out on the beach, enjoying some wumpa fruit, watching the tide roll in and whatnot. It’s quite obvious that adventure is afoot and the players set off across the linear 3D stages that this Naughty Dog franchise is known for. While not exactly a collectathon platformer in the same sense that Spyro or Banjo Kazooie might entail, Crash Bandicoot has its own sense of collectibles with the numerous crates to bash open and wumpa fruits to enjoy. And Crash won't have to go the adventure alone; players can also step into the shoes of his sister Coco and play the entire game as a new face, complete with her own unlockable costumes and skins from acquiring enough clear gems in each stage. The two Bandicoots play similarly but it's a good change of pace if you're growing tired of wearing the same old jorts.

This adventure, just as the many that preceded this wise bandicoot’s franchise run, is rife with danger and all manner of cruel ways to take out the player. Crash Bandicoot is just as flimsy as he’s always been, only able to withstand a hit if he’s protected by a floating Aku Aku mask. If not, any enemy touch, flaming box, shark attack, or merely missing a well-timed jump all send the player to an early doom. Toys For Bob has clearly taken some notes from the earlier Crash games and found ways to subvert even veteran expectations with new and unique ways to kill the player.

It wouldn't be much of an interesting sequel if Crash Bandicoot 4 didn't add in some new abilities to mix things up. Crash can still spin about to smash into boxes and enemies alike, double jump to navigate the treacherous terrain, and even glide around on the conveniently placed rails throughout some stages. However, it's the new Quantum masks that join the guise of Aku Aku that give this bandicoot some new moves. Once rescued from the evil bosses terrorizing Crash and the gang, these masks will pop up at key moments in later stages to give Crash and Coco a temporary ability. Rather than being able to carry forward the new masks into every level after, they only show up for a checkpoint or two to give the player a new tool to work with. The most common power-up is the ability to phase change both objects and crates alike, shifting them in and out of reality at a mere button press. These masks give an added challenge to an already difficult platformer but I think they're implemented quite well into the flow of regular gameplay. 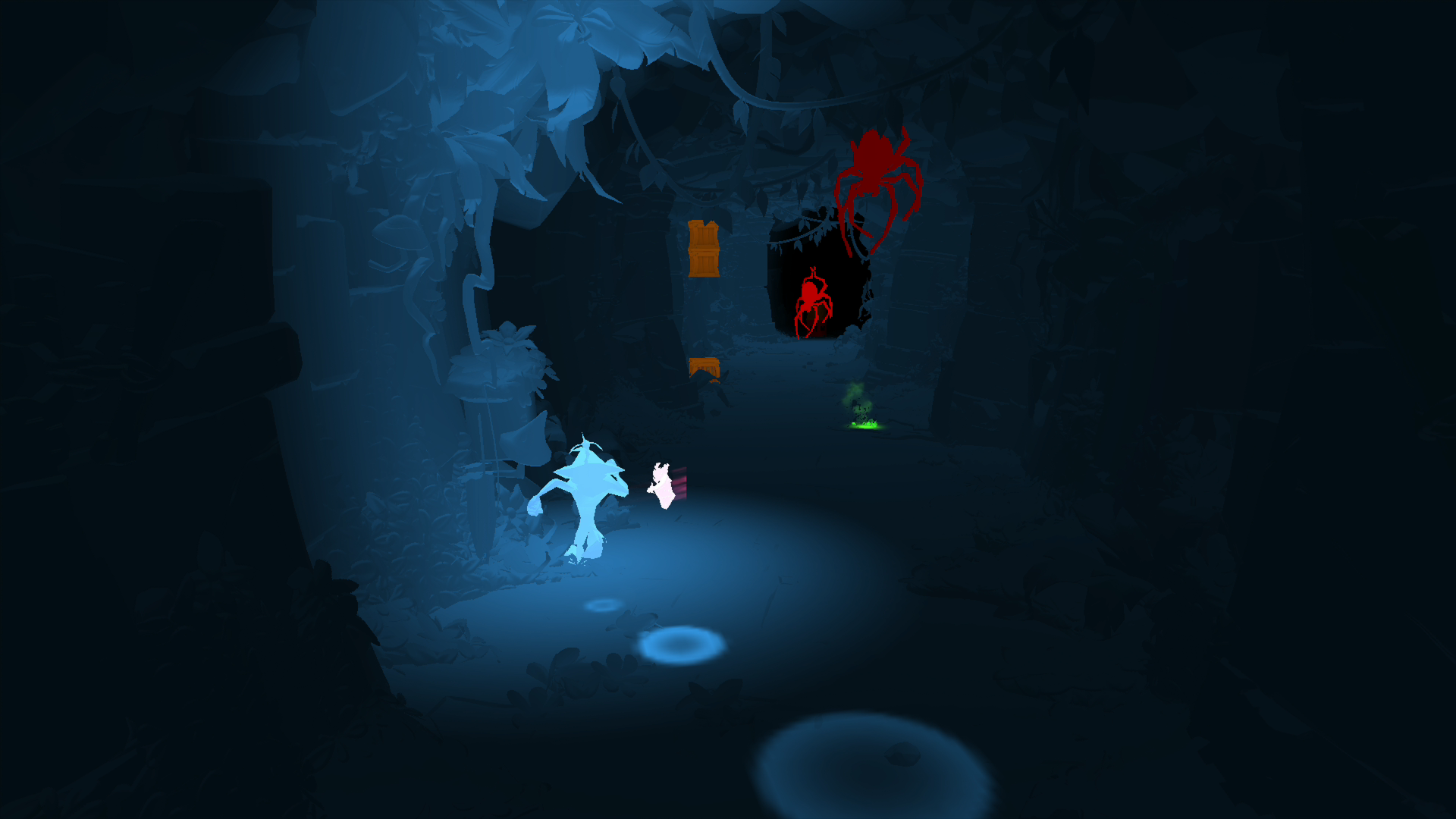 There are a great number of things that are brand new to the Crash Bandicoot series that have made their first appearance in It’s About Time, starting with the option to change up the checkpoint system. You can still play with the classic ‘Retro’ system, where you’re given a small handful of lives to each level and running out kicks you back to the level select screen. If that’s not too enticing, the new Modern simply gives you infinite lives and any crates that would’ve held 1-Up tokens are instead replaced with additional quantities of wumpa fruit. Either mode can be swapped around in the main menu, so you’re never locked into a choice early on.

For the full Crash Bandicoot 4 experience (which includes earning every collectible), you’re going to need to master getting through a stage without dying. At the end of each stage, you’re awarded up to six clear gems: three for a certain percentage of wumpa fruits collected (topping out at 80%, so you’re given leeway to missing the harder to reach ones), cracking 100% of the crates, finding a hidden gem, and making it to the end with less than three deaths on Modern mode. For a perfect relic, you’re going to need to do all of this in a level without dying once. 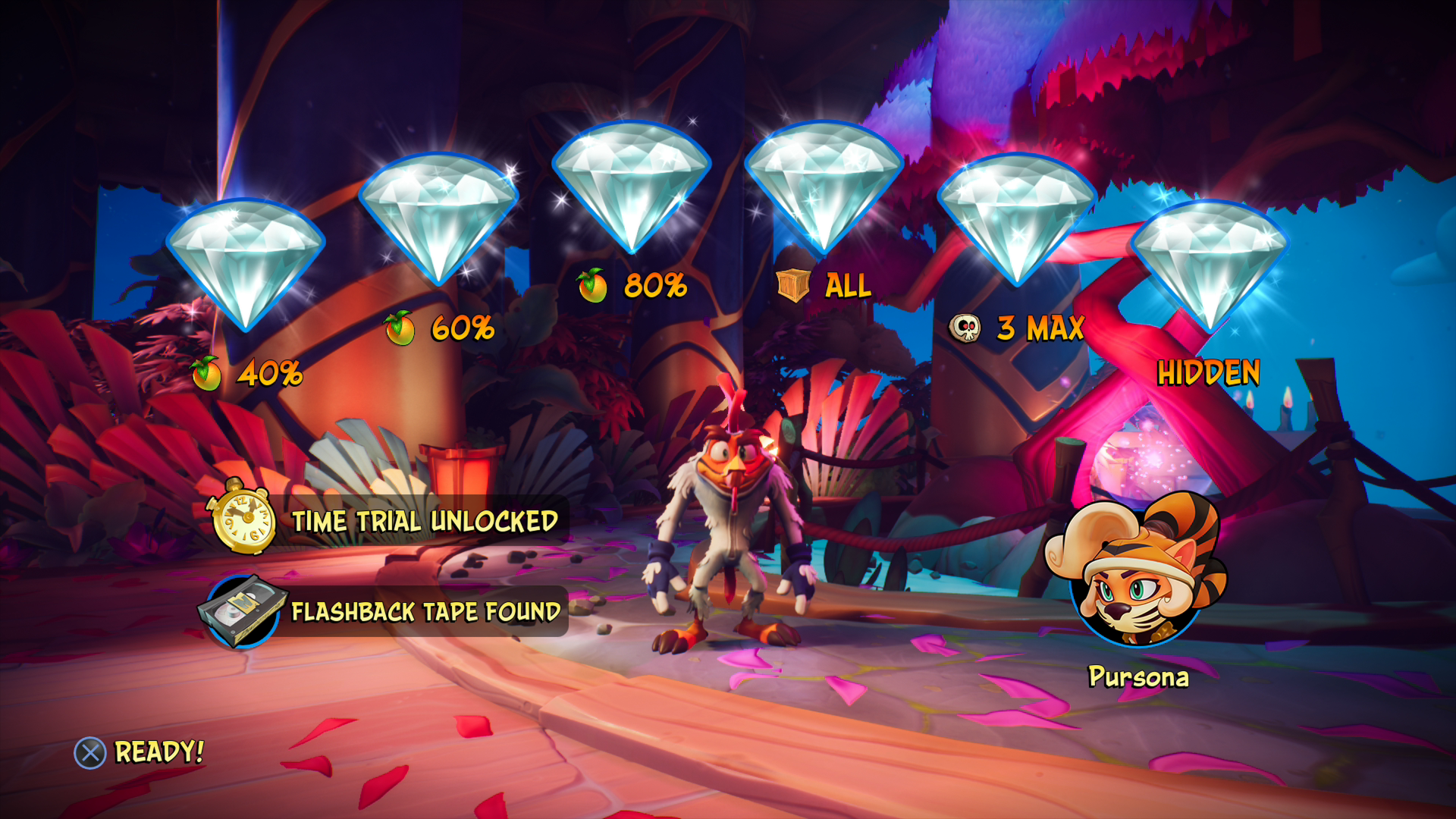 At the end of each world of levels is usually a big badass boss fight against one of Doctors N. Cortex and N. Tropy’s various minions. These each have their own signature feel and challenge to them and are a delightful palate cleanser after a gauntlet of challenging platforming stages. One of the more memorable encounters is a Guitar Hero-style affair where Crash must jump over or slide under notes as they come flying at him down a long note highway followed by some light platforming to spin and smash into the boss’ face a few times, each run getting significantly more challenging than the last. Finishing these boss fights usually unlocks a new style of level, be it the new N. Verted mode or additional playable characters.

To be honest, I wasn’t much a fan of the N. Verted mode once I first unlocked it. This additional mode lets the player replay any previous level with a couple of significant changes: the level itself is flipped horizontally and each world has a unique art style to it but some of these stages can be frustrating in the politest sense. The worst offender are the early sets of stages where everything is represented with single colors (blue for the stage, purple for collectible fruit, red for anything that could kill you) on top of having a vision pulse that only lets the player see so far ahead, potentially concealing pitfalls or enemies with long range attacks that you might’ve forgotten about from the regular stage variant. The enemies and item placements are nearly identical to the original level design, although the hidden clear gem is tucked away in a trickier spot each time. On top of that, you have the usual requirements to break every box and beat the stage without dying to get the remainder of the clear gems to each stage, making this entire additional mode feel like a way to pad the nearly-forty stages with a near-identical but more difficult duplicate set. 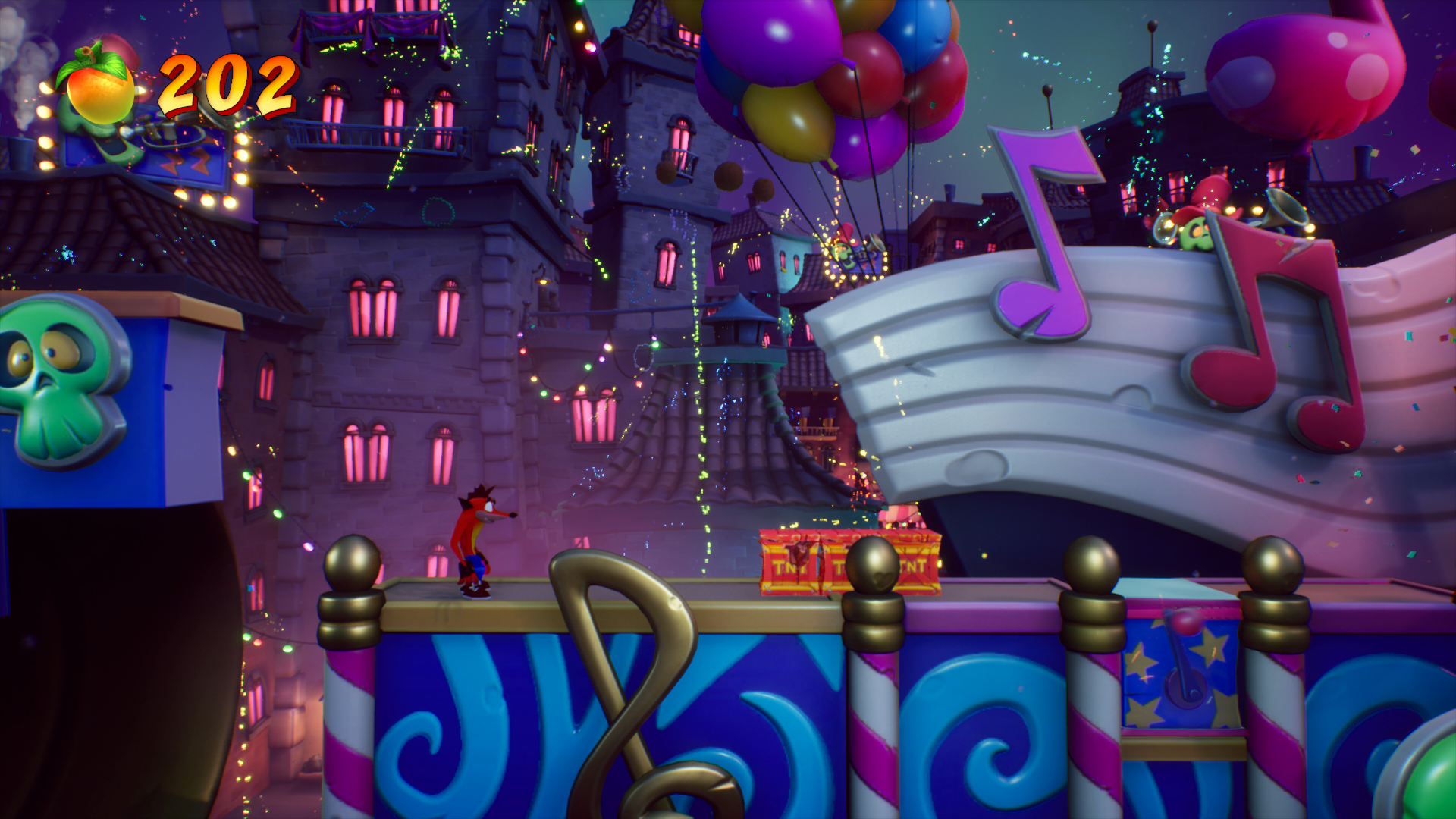 Another part of the Crash Bandicoot 4 storyline that might hit or miss the mark for some is the inclusion of alternative viewpoints, each playable from the viewpoint of one of three long-running series characters. Both Dr. N. Cortex and Dingodile are each playable rather than being evil antagonists while Tawna, Crash's ex-girlfriend, makes her debut in a multiverse version of herself that fills out a grappling hook quite well. These three characters are only available in a handful of levels and are each unique enough to control that they're pretty fun to play around as. Except for Dr. Cortex, he's absolutely the worst of the bunch. He can generate platforms to get around the level but his platforming prowess is absolutely terrible and I found no fun in his stages.

Despite the cheap tricks that Toys For Bob pulls and the other characters not living up to the same enjoyment as the Bandicoot himself, I have to admit that Crash Bandicoot 4: It's About Time is the best Crash title since the original trilogy. The higher difficulty and excessive amounts of collectibles might put off casual players and trophy hunters but Crash fans already know what they're wanting out of a proper sequel and Toys For Bob has certainly delivered.

Crash Bandicoot 4: It's About Time is as much a brand new title as it is closely entwined with the history of the PlayStation 1 trilogy. Long time fans will find something new to enjoy, while first time players stepping into the jorts of the orange chordata might fall prey to cheap deaths, time and time again.