New Counter Strike game rumored to be under development 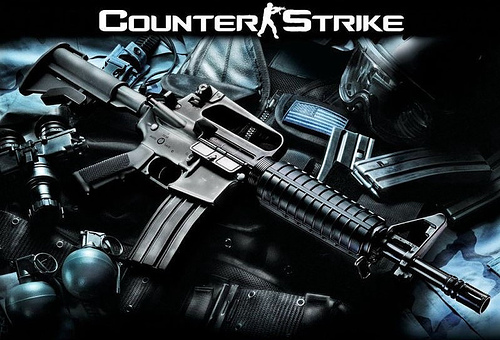 Counter Strike, a name well known to almost every person who has ever played an FPS Game. Since its launch the game has been massively popular and one of the most played games of all time, just before Team Fortress 2 went free, it still topped the charts as the most played FPS game on Steam. Problem is, although the game is like no other as far as fanbase and gameplay is concerned, its been growing a bit old now and fans have been asking for a newer version since ages. If you're lucky (and the rumor is legit) expect Counter Strike: Global Offensive sometime next year.

If you hit the source for the ESEA website, you'll see some people have apparently been visitng Valve to help with development of the new game. Its rumored the game will be based on a 5 vs 5 player layout with new maps (including revamps of the popular Aztec and Dust maps). Other (rumored) changes include free ammo new guns and grenades and a release planned for Q1 2012. There is also a Press Release by Valve expected within 24 hours. If this news really is legit, FPS gamers all over the world will definitely be interested, considering Valvle's track record at producing nothing but great games and the huge success of the Counter Strike franchise, Global Offensive should be the next big thing in online FPS gaming (assuming the rumor is legit).

UPDATE: The rumor is definitely legitimate

Run Counter Strike On Your Android Smartphone – How To

The Problem With Underage Gambling in CSGO on the Rise