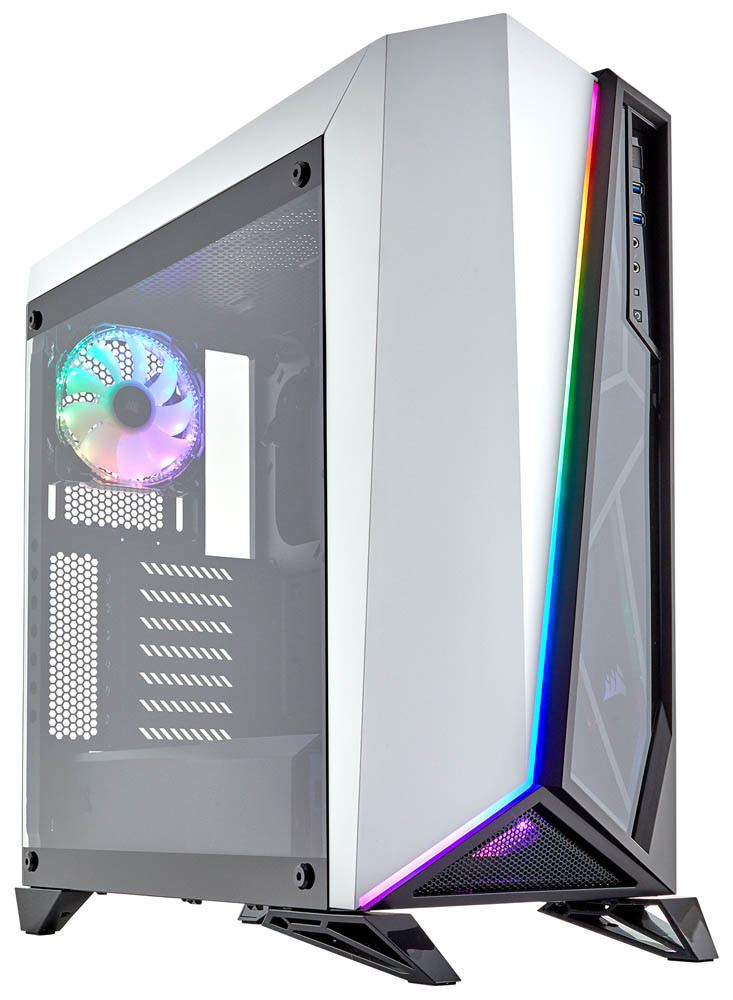 Corsair has also expanded the entry level Carbide cases with the SPEC-05 which does a very good job of seeming very high end by using a side panel that looks like tempered glass as it covers almost the entirety of the panel but is clear acrylic, a cost saving measure. Though how good it looks in person remains to be seen.

The front features a curved design and has a slash that runs through the middle revealing front intake vents and an illuminated 120mm fan. Others have commented it resembled the Carbide 100R on the inside with a classic single compartment set up. it includes the 3.5inch/2.5 inch bays in the front of the case and dual 2.5 inch mounts for SSDs.

The SPEC-OMEGA RGB is available in either white or black, SPEC-OMEGA RGB boasts unmistakable asymmetrical design and tempered glass panels to the front and side, making it the perfect backdrop for 54 RGB LEDs of customizable lighting. There's a lot more to see behind the sharp angles and lighting though; a new removable PSU cover and a wealth of cable tie-downs, routing holes and grommets make hiding cables and connectors out of view easy. SPEC-OMEGA is also built with maximum compatibility in mind, able to fit up to a huge 360mm liquid cooling radiator, such as that used on the CORSAIR Hydro Series H150i PRO, so there needn't be compromises on parts when your building system. Created to show off, and light up, your PC, this is the ultimate SPEC.

The Spec-05 is priced at $49.99 and is available now on newegg The SPEC OMEGA RGB however was not detailed and will update when Corsair gets back to us. EDIT: Corsair says the MSRP for the SPEC OMEGA  RGB is $149.99