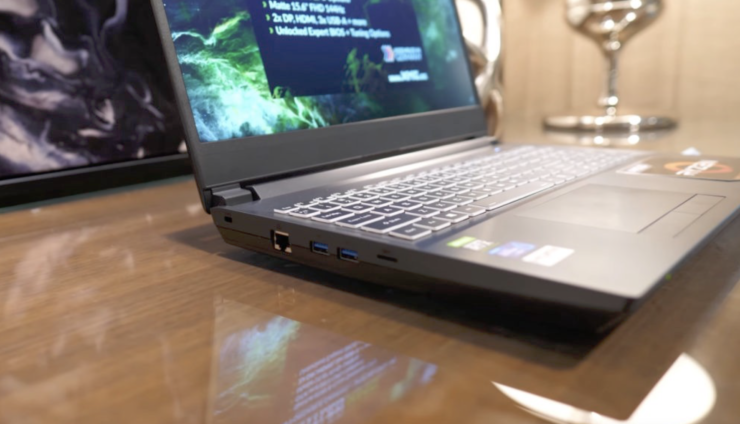 With containment measures having escalated in China, tech supply chains continue to feel the impact of this year's coronavirus outbreak. Apple, NVIDIA, Qualcomm and even Microsoft have reduced revenue guidelines for 2020's first three months; with Amazon believed to be taking precautionary measures in full swing.

Following reports that smartphone manufacturing in China has been disrupted, now it looks as if notebooks are also due for a hit. New data from market research firm TrendForce claims that in this quarter, notebook shipments will drop by 26% year-over-year.

The nature of modern supply chains creates a complex network with equally complex nodes and transportation networks in between. Each component in a single modern consumer electronic requires a certain degree of precision to be manufactured. Therefore, unless facilities that manufacture these components and the networks between them aren't all functioning on the same beat, disruptions tend to take place as evidenced by the COVID-19 outbreak.

TrendForce reports that the virus has rendered notebook production unable to resume, due to a multitude of reasons. Production shutdowns, material shortages, labor unavailability and transportation delays have ensured that production comes to a low in February resulting in a roughly 50% shipment drop.

Naturally, the lower the shipments, the later revenues make it to a company's bottom line. The personal computing market isn't very stable these days either as production bottlenecks faced by Intel Corporation reflect in overall shipments tilting in AMD's favor. And given that it's only the two of them that compete in the segment, should demand suddenly pick up following a recessionary period, then the market as a whole might witness shortages causing prices to rise. 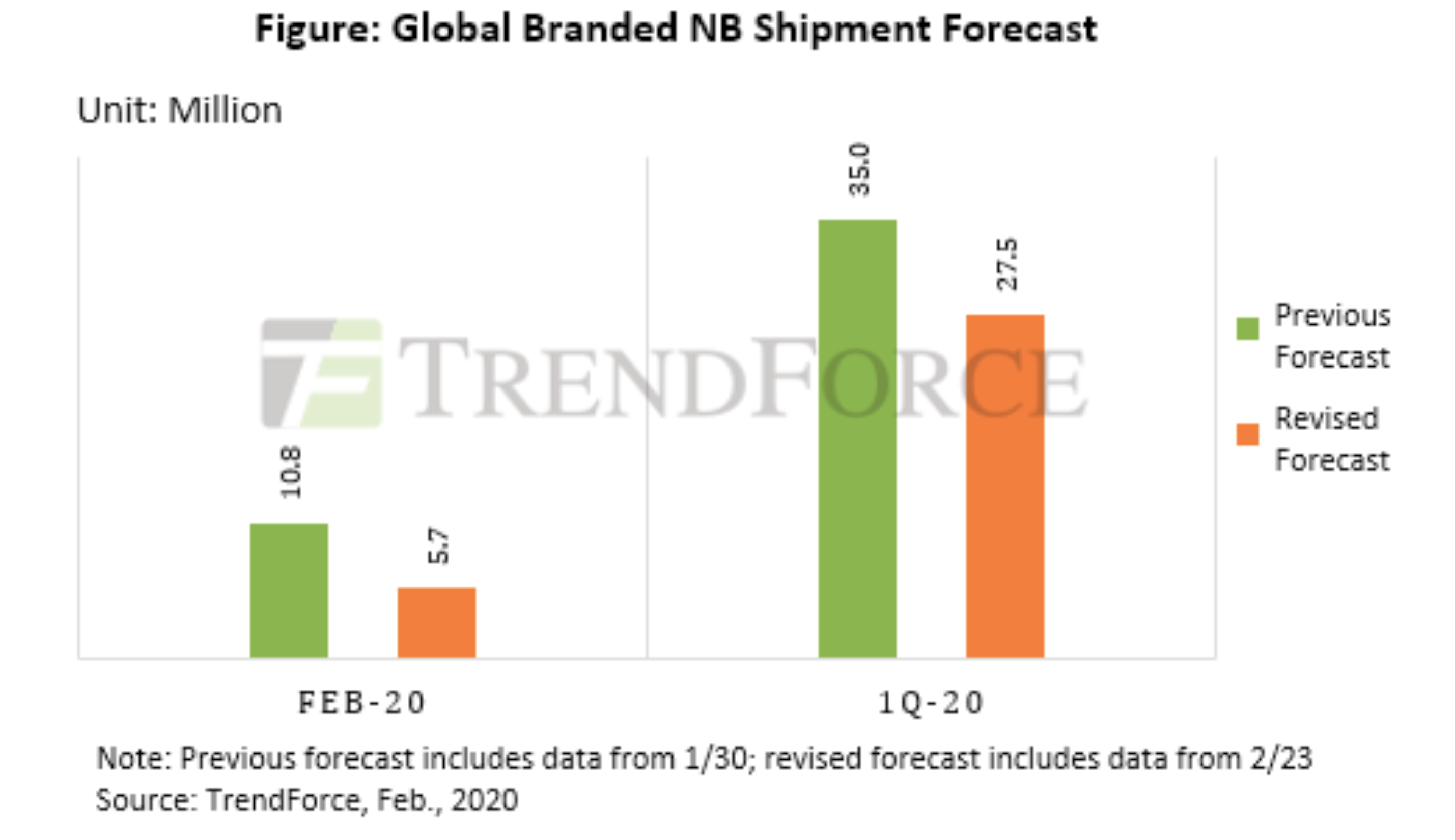 The research agency now believes that 5.7 million portable personal computers will ship this month, in a 47.6% year-over-year drop.

The Chinese government's efforts to quarantine the outbreak have resulted in labor shortages that seem to be distributed unevenly across notebook manufacturing and component supply chains. So, even as work resumes in manufacturing and assembly, part shortages leave workers unable to maximally utilize time and existing resources.

Components facing shortages include printed circuit boards, polarizers and batteries, and manufacturers are finding it difficult to locate alternatives due to province-wide lockdowns. These disruptions have resulted in notebook shipments for the quarter now projected to drop by 26% year-over-year, with production only expected to ramp-up to full capacity utilization in the tail-end month of March.

Intel's output drop has been predicted to prove beneficial for AMD this year, with vendors believing that processors from Blue team to face their severest shortage by the end of this year's first half. Such reports have caused analysts of the Taiwanese publication DigiTimes to speculate that for this quarter, AMD's notebook market share will reach a record high of 20%, as processors from the semiconductor underdog make their way into one out of every five notebooks manufactured and shipped globally.

In the first quarter of 2019, AMD commanded 13.1% of the global notebook market. Therefore, a growth to 20% itself marks a 53% growth in shipments year-over-year. Factoring this growth with today's projected 26% production drop in the segment this year indicates that the company's management, investors and employees will have to tone down expectations for Q1 2020.

For the full year 2020, AMD has been projected by some to grow revenue from its personal computing business to $6 billion. As this is a 27% year-over-year increase, losses in a full quarter are apt to tone down projections. The company currently needs to sustain a minimum 44% growth rate in free cash flows for the next seven years to justify a share price of $49/share, it needs all the good news that it can get. And the first six months of 2020 are crucial for gaining more market share before Intel wakes up in the second half of this year and beyond.

Given that AMD's mobile growth in 4Q 2019 is attributed to sales of higher-end chips, an expected impact from COVID-19 might not dent the company's future prospects significantly. TrendForce believes that if the fallout from COVID-19's outbreak continues to intensify then shipment projections for this quarter should drop further, and we believe that in such a scenario, production ramps themselves may move forward in time. Whether they will, only time can tell.

Advanced Micro Devices, Inc (NASDAQ:AMD) closed at $47.49/share on Wednesday, marking for a 0.17% drop over Tuesday as markets continue to absorb the impact from coronavirus supply chain disruptions.