The company whose glass partially protects the front side of your smartphones and tablets has announced the latest iteration of its glass substrates. The company is calling it Lotus NXT Glass and they will be incorporated in high quality LCD and OLED displays in the near future. The company was previously working on what the firm was referring to as Project Phire, along with a substrate called Gorilla Glass 4. The company's previous iteration, called Lotus XT Glass, was unveiled way back in 2013. When these are placed on to mobile devices, the company states that it will result in increased brightness, feature a higher resolution and consume less power compared to the previous lineup of products. 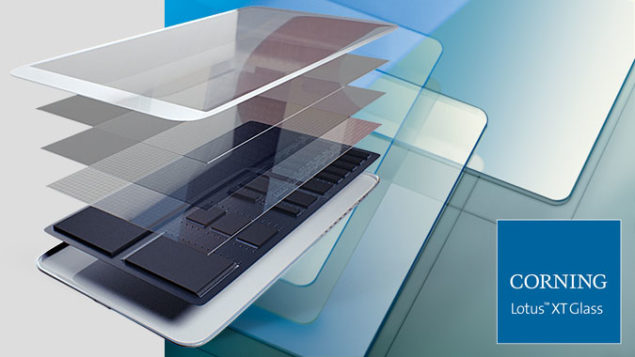 According to Stjsgadgets-portal, devices sporting Lotus NXT Glass will have increased brightness, lowered power consumption and a higher resolution thanks to Corning’s focus concerning the maintaining of its glass’ total pitch variation performance in an expanded range of manufacturing temperatures. The source states that this particular glass will be able to maintain the display performance and quality under both low and high temperature processes.

For those who are unaware of the term Pitch Variation; it is the distance that display components move during heating. The distance moved by the display components has to be in line with the backplane transistors otherwise the entire glass will have to be discarded. In a nutshell, the smaller the distance, the better maintenance of the pitch variation factor.

Corning states that this variation has improved up to 60 percent and through this approach, production yield will substantially be improved compared to the remaining competition. Additionally, the improvement of production yields will allow the company to keep its supply prices down, which will ultimately reduce the mobile device’s overall price tag in the future. The improvements have been detailed in the video posted below.

Unlike the previous form of products that the company has released, Lotus NXT Glass will be used within the displays themselves. Good news for smartphone manufacturers is that the glass is available for implementation in future smartphones and tablets.

Let us hope that Corning is right all along concerning the changes it has made with Lotus NXT Glass.