Corning seems to have perfected the art of making 'stronger yet durable' displays, reaching out to millions of smartphone users all over the world. Recently, Corning has presented a new type of display glass which would be even stronger than its present flagship - The Gorilla Glass 3. Specifically, Corning has named its project, 'Project Phire' which might be known as the Gorilla Glass 4 in the near future. For more, jump down to the details and see what more does it have to offer. 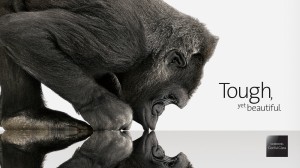 This Friday at the Investors Conference in New York, Corning publicized its new project, namely the ‘Project Phire’. The essence of the product is derived from the same Gorilla Glass strength and the scratch resistance qualities of a Sapphire. James Clappin, executive at the Corning highlighted the fact that Sapphire has poor resistance against dropping, which is one of the main concern of smartphone users today. This has in turn made Corning’s new offering to come as a viable alternative for smartphone manufacturers, mostly because it boasts qualities of an all-rounder product. Project Phire glass would reflect qualities of both, the Gorilla Glass’ strength as well as the Sapphire Glass’ scratch resistance. All we are able to say right now is that Project Phire will be the next generation display which will make its way to the market soon. 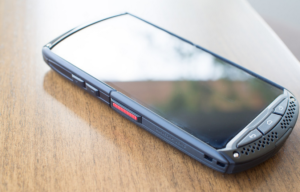 "We told you last year that sapphire was great for scratch performance but didn't fare well when dropped. So, we created a product that offers the same superior damage resistance and drop performance of Gorilla Glass 4 with scratch resistance that approaches sapphire." -James Clappin, Corning Executive.

Right now, Sapphire is being used in smartphones like Kyocera Brigadier and some more, and regardless of the problems faced by Apple, it will surly try the material on the forthcoming devices. This is because the only two spots where Apple use Sapphire is the camera lens and the Touch ID fingerprint sensor.  It will surely be a premium addition to Apple’s display if it made through, apteral to the fact that Sapphire is the hardest thing after diamond which exists so far. Let’s just wait n watch what Corning has to offer in depth.