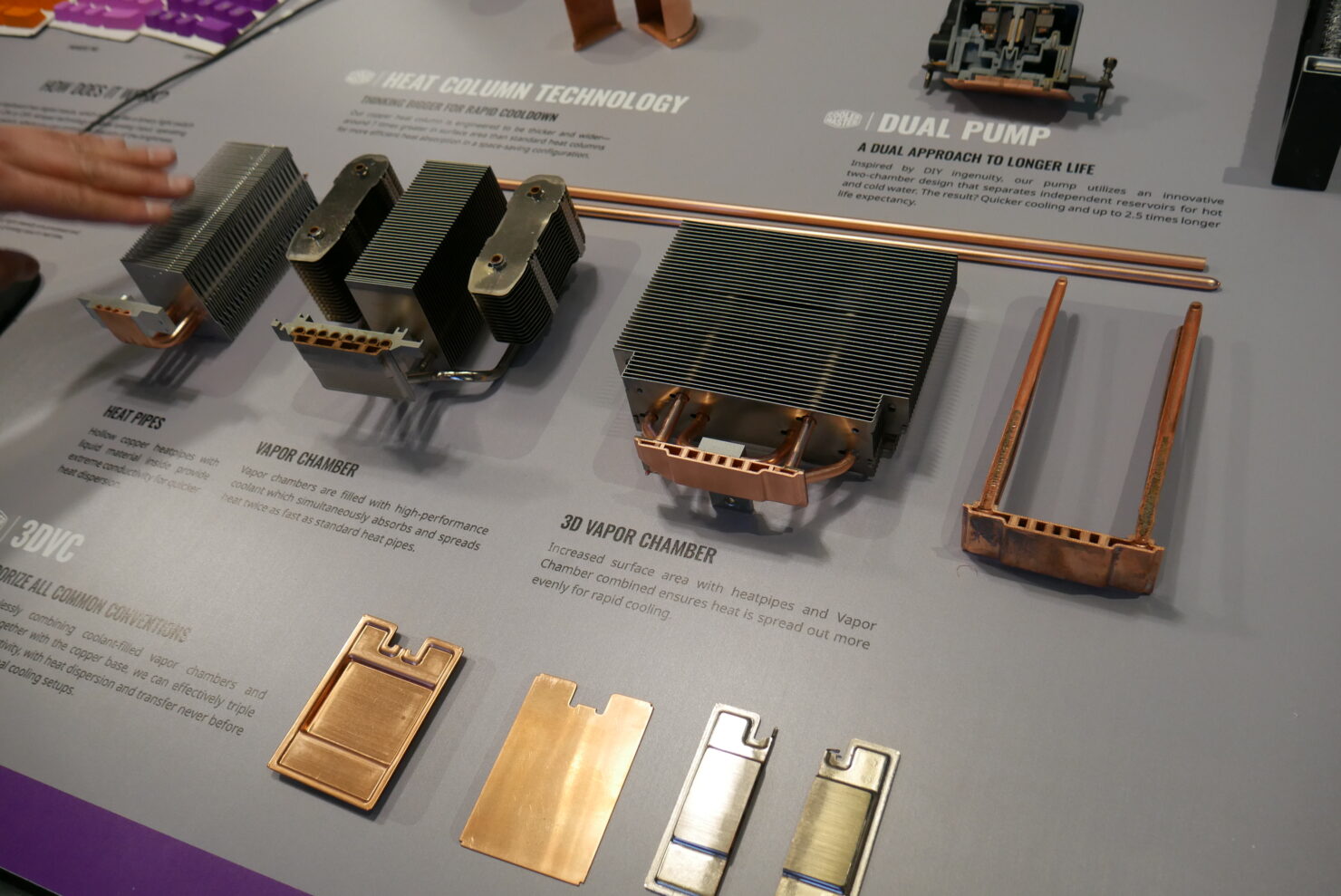 Could you really say you visited Cooler Master at CES and not see some new Coolers? Not at all. Cooler Master had a pretty good slew of new coolers including the one I have dubbed Baby Wraith Ripper, the MA610M.  They've done a very interesting concept this year where all the coolers were shown functional inside a full build rather than sitting on a table, a welcome approach for seeing them in action in their natural environments.  So without further ado, this is the new lineup for Cooler Master and their Thermal Solutions. 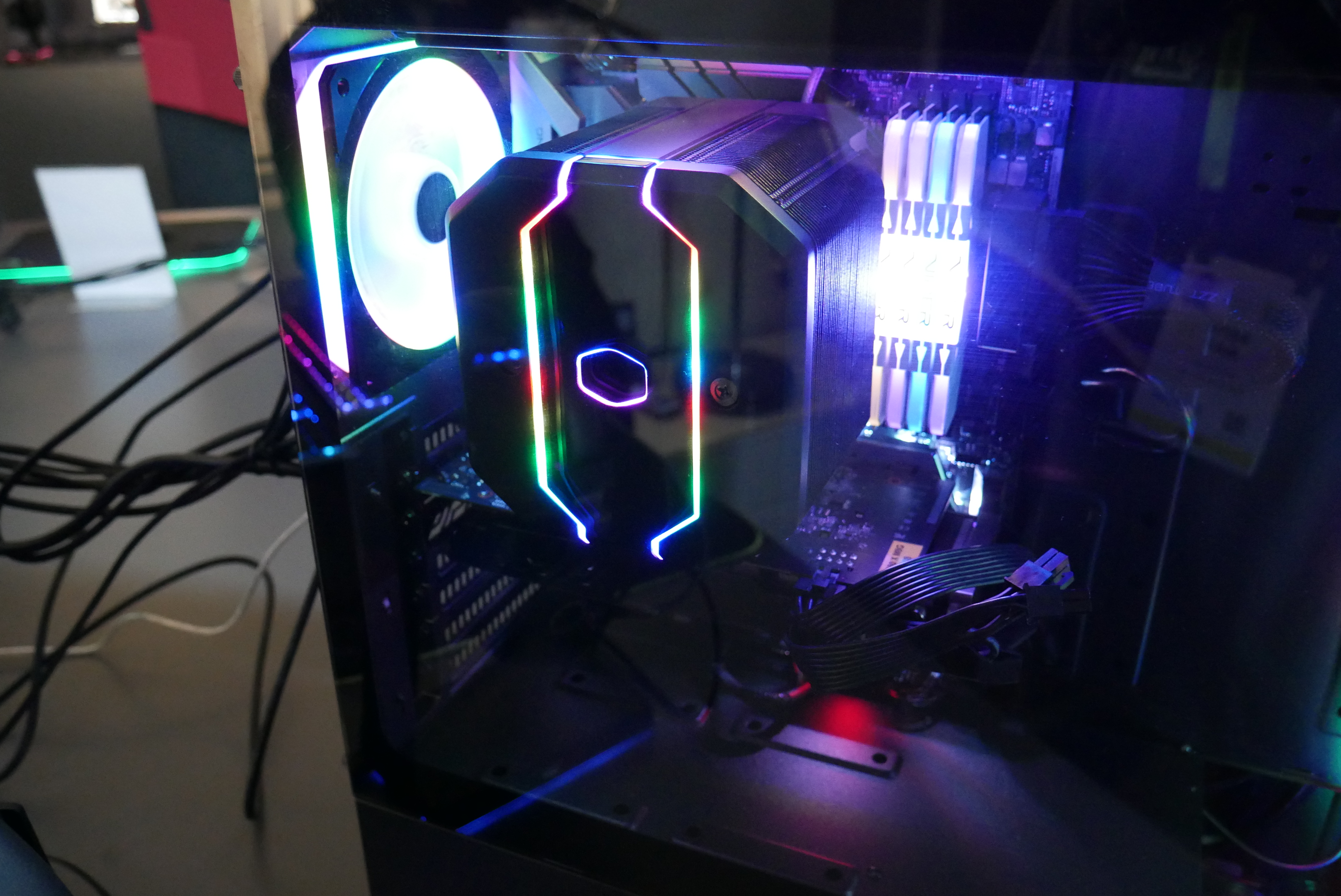 Cooler Master will expand on the MasterAir series, with three new air coolers in varying form factors. The MasterAir MA610M will feature a dual-tower heatsink with a new SF120R fan sandwiched between the two towers for ample airflow. The six copper heat pipe design and enlarged fins work in tandem to ensure maximum heat dissipation and maintain stable CPU temperatures.  Press release images for this puppy are included just for elaboration purposes, it's like a baby Wraith Ripper, I love it.

The Addressable RGB lighting, decorative black top plate and black coating of the MA610M provide users with customization and an aesthetic appeal for any build. 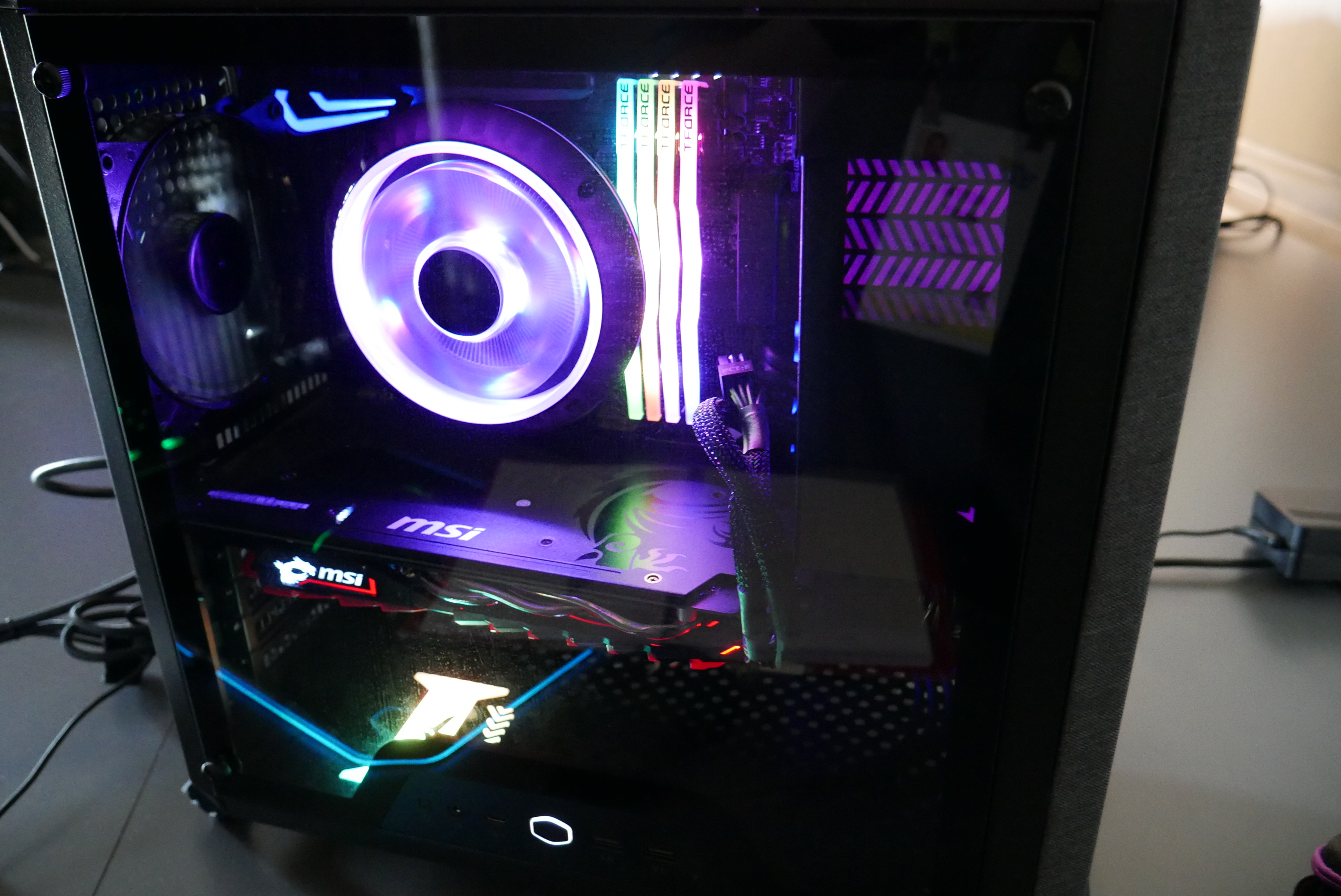 Expanding upon the previously launched G100M, the new G100M v2 will feature the same top down cooling as its predecessor, but with an elongated and narrowed design to eliminate RAM clearance issues. The G100m v2 will utilize Cooler Master’s two phase heat column technology, with a seven times larger circumference compared to standard heat pipes, for a more rapid heat transfer over a smaller surface area. Mounted atop the uniquely designed G100M v2 is an ARGB fan and ring for an added visual appeal.

The G300P will be Cooler Master’s next small-form-factor (SFF) air cooler. With an ultra-low profile of 39.5mm, embedded heat pipes and 92mm fan, the G300P will provide users with ample thermal performance in compact form. Other proposed features of the G300P include RGB lighting. This one somehow escaped me so the press release pictures are included, sorry about that folks. 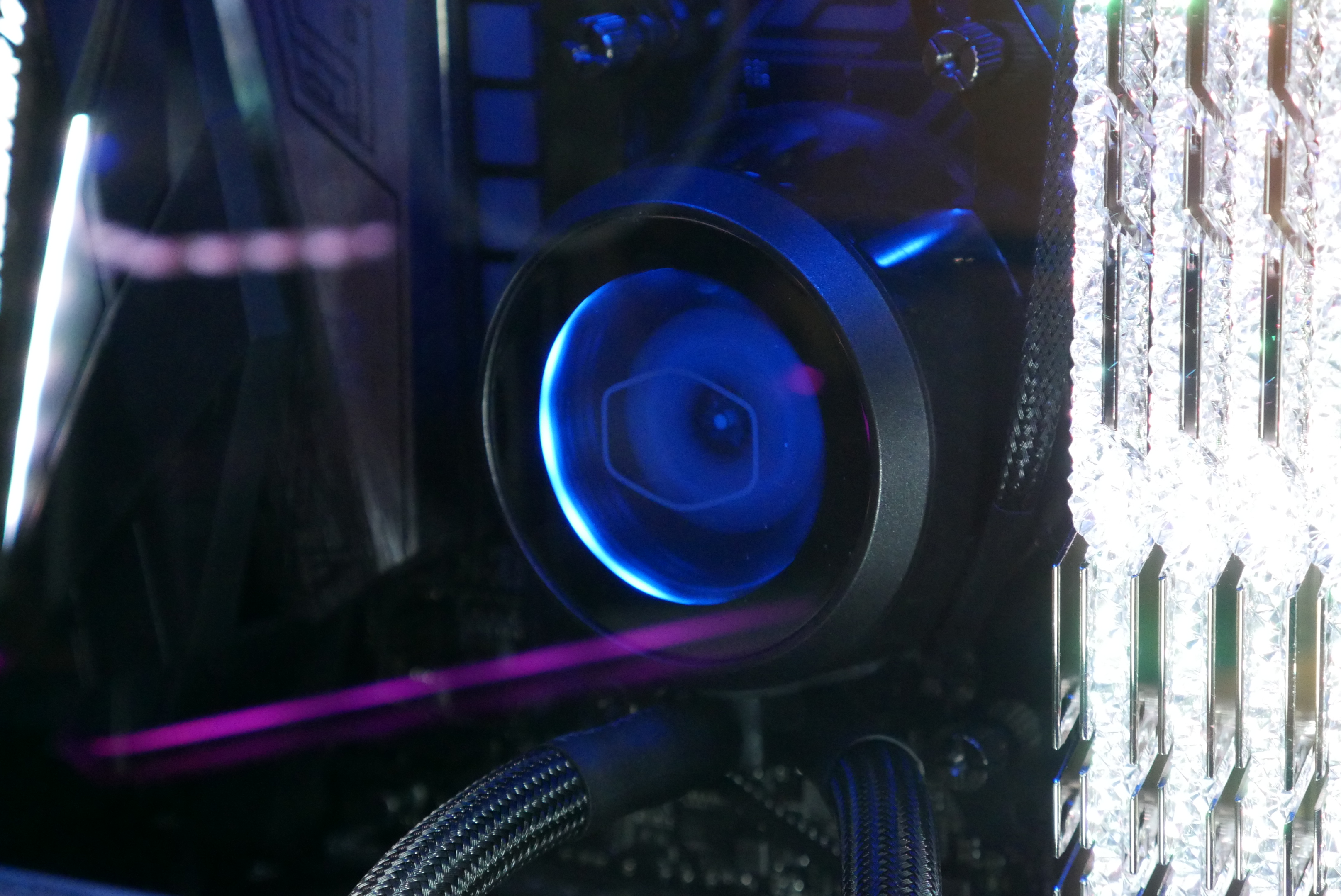 Unveiled for the first time at Computex 2018, the MasterLiquid ML240P Mirage will be Cooler Master’s new pro-level AIO cooler. Equipped with a mirror like pump cover that enables users to see into the operation of the impeller when illuminated by the ARGB lighting. When lighting is disengaged, the reflective cover displays the hexagonal Cooler Master logo. Had to include some of those good ole PR pics for this one as it was exceptionally hard to get a decent shot of it at the suite.

The new Cooler Master SF series of case fans are designed with a square fan frame for more direct airflow and pressure. The new square shape of the SF series provides more surface coverage on AIOs and air coolers. The SF120R will be available in both RGB and ARGB models. The newly designed SF120P and 240P ARGB fans will be designed with milk-white fan blades and external rim for a brighter reflection of light; with the 120 model having 24 Addressable-RGB LEDs and the 240 model having 52 Addressable-RGB LEDs. The SF240P ARGB will be designed with an aperture frame, with two fans integrated into the frame to reduce vibration and wires needed for lighting.

In addition, Cooler Master will introduce its new flagship case fan the SF120M. Designed with performance in mind the SF120M utilizes Cooler Master’s Industrial Fan Structure, which decreases the flex of the fan blades while ensuring a quiet operation with maximum airflow. The Double-Ball Bearing decreases friction between the fan and its bearings which further enhances performance.

In addition, Cooler Master will release the Hyper 212 RGB and MasterLiquid ML240R RGB Phantom Gaming Editions, in collaboration with ASRock. Both coolers will sport the signature aesthetics of the Phantom Gaming series shared throughout the entire product line of ASRock graphics cards and motherboards.