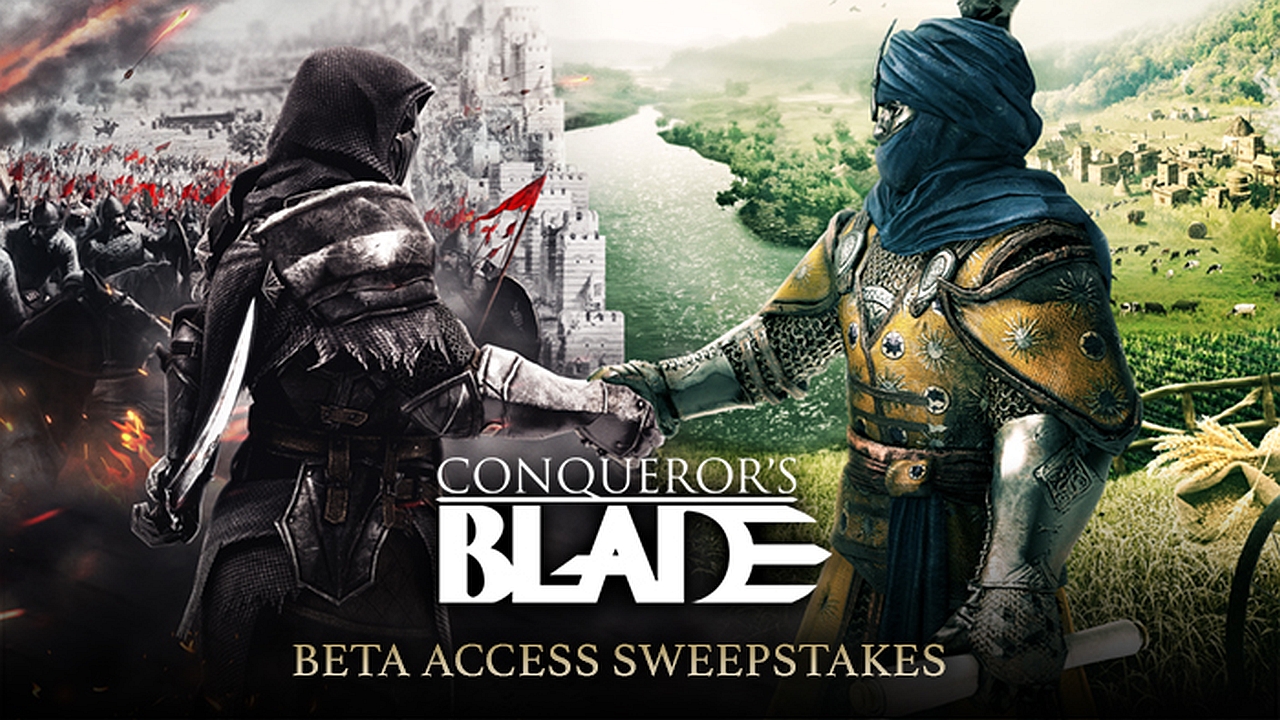 Conqueror's Blade is starting its first fully featured Closed Beta test today. There were others some time ago, as you might recall, but none featured the game's distinctive open world elements that are going to be available in this test.

Grab one of the five hundred beta codes we got from My.com to join the frantic battles between Warlords. They'll be available on a first-come, first-serve basis. For more on this free-to-play MMO medieval warfare game, check our previous hands-on preview and our interview with Xi Wang, CEO of the Chinese studio Booming Games.

GAME INSTALLATION INSTRUCTIONS
1. Create an account (or log in to an existing one) here
2. Use the provided CBT Key here
3. Download game client
4. Login and play

Because there are aspects of Conqueror’s Blade’s gameplay and technical infrastructure that need to be tested in isolation before they are finally brought together, the CBT will be divided into consecutive stages. On February 7 at 15:00 CET (06:00am PST), CBT Stage 1 will get underway and it’s planned to run 24/7. There might be an impromptu update required, but the servers should remain up until February 15. Then, on February 18 at 10:00 CET (01:00am PST), the House CBT Stage will commence, on which we’ll have more details nearer the time - stay tuned!

Now, this being a bigger gameplay and technical test than any we’ve run previously (namely that there’s an expansive campaign mode at the heart of it), we’re expecting some unforeseen issues. It’s important to combat them that, if possible, you communicate any bugs that you come across as fully as you can. We’d also welcome any feedback that you have. Indeed, we’ll be rewarding those that share their experiences with in-game gear via our new CBT page, so that together we can make Conqueror’s Blade the most fun it can possibly be.