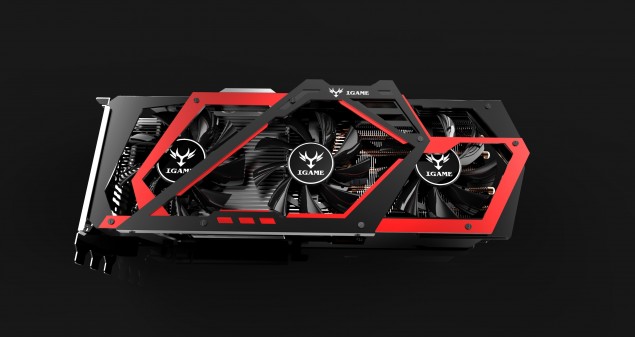 Over the past, Colorful has delivered designs and concepts which not only look ridiculous but perform really well. Their latest iGame GeForce GTX 980 KUDAN takes things to the next level with a high-end PCB and cooling design for the latest generation of Maxwell GPUs. But before we take a look at the graphics card, let’s recall what we already know about the GeForce GTX 980.

The GeForce GTX 980 feautres 2048 CUDA Cores, 128 TMUs, 64 ROPs. The core clock is maintained at 1279 MHz core and 1380 MHz boost while the memory is clocked in at 7.00 GHz effective clock which results in 224 GB/s bandwidth which might be enough thanks to the lower bandwidth dependency and increased efficiency. The card is fed a total of 375 Watts of total power from the dual 8-Pin power configuration and the PCI-E slot connection. This really provides some extra punch for overclockers to gain some impressive clock speeds on the GM204 core.

The main specialty about this card is its PCB which is a design marvel featuring the most powerful PCB design ever for a GeForce GTX 980. Its literally a power board equipped to the back of the PCB with a 12+2 Phase IPP pure tantalum capacitors powertrain design, SPT PCB (Silver Plating Technology), high quality solid state capacitors and MOSFETs. There are a total of 61 Tantalum capacitors for the graphics core and memory which is impressive. The card is a juggernaut in terms of power and performance only the likes of which some cards can match. But people always want more and Colorful delivers on the promise by selling a separate power board which adds even more phases and voltage to the card for extreme LN2 overclocking. The card is powered by dual 8-Pin connectors which deliver a magnitude of power to the PCB for extreme overclocking.

The iGame GeForce GTX 980 KUDAN is making use of an update revision of the cooler introduced on the iGame GeForce GTX 980 that makes use of a hybrid cooling design that allows users to use both air and liquid as a cooling source. The contact base is pure black nickel plated while the vapor chamber has a surface area of 12,114 mm2 through which heat is dissipated into six 6mm heatpipes running through a large aluminum fin array block with a 9000 mm2 fin area. The hybrid cooler comes as a separate block with copper production endothermic lead which can be positioned on the core for active hybrid operation.

The Colorful iGame GeForce GTX 980 KUDAN can only be 3-Way SLI’d since the card has a triple slot design which will restrict from 4-Way SLI configurations. The display outputs include DVI, HDMI, 3x Display port while next to the top DVI slot is a BIOS switch that will activate the store OC profile for faster performance. Another special feature of the card is its load indicator which is a specialized LED strip integrated on the PCB which lits up in red based on the total load on the graphics card. The iGame GeForce GTX 980 KUDAN is a beast of a card however its availability and pricing is not known at the moment. 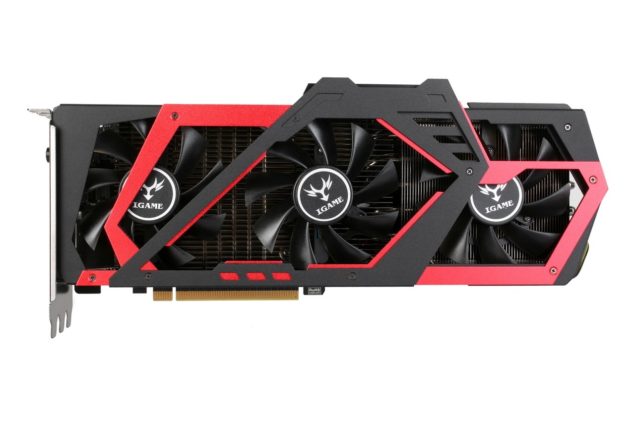 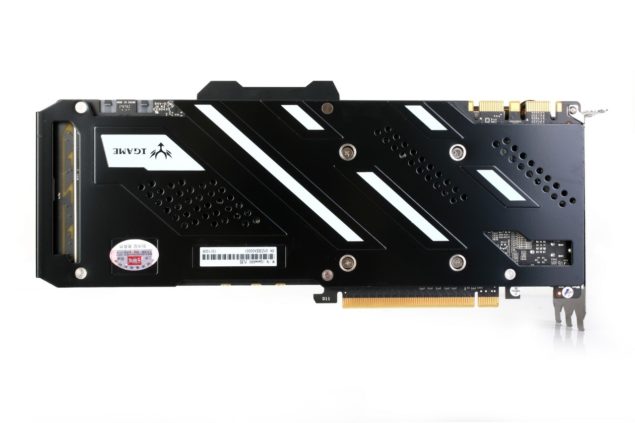 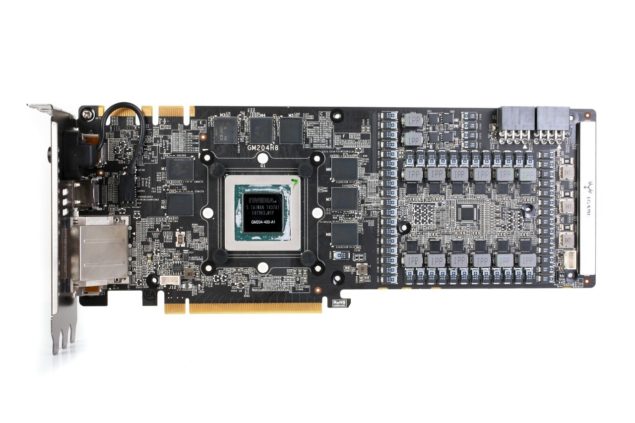 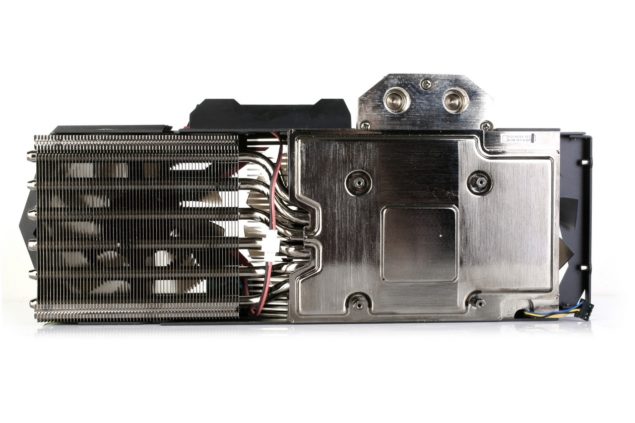