Colorful's latest iGame GeForce GTX 970 Flame Wars X graphics card has been unveiled featuring a TOP design which stands out from the rest of the non-reference offerings. Colorful is renowned as the most badass AIB and graphics partner of NVIDIA based in APAC market. They have delivered several iGame series cards with beastly designs and outrageous cooling solutions and the latest entry is no exception. 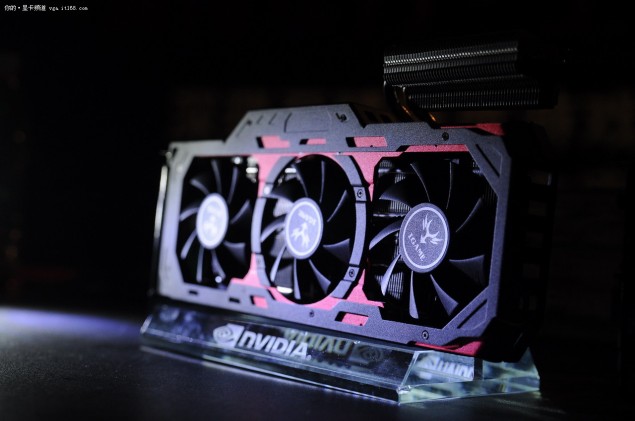 We have so far seen two iGame series cards based on the Maxwell GM204 core, the iGame GeForce GTX 980 and the iGame GeForce GTX 970. The latest model is based around the GM204-200-A1 core which is the SKU used on the GeForce GTX 970 hence in terms of specifications, we will be looking at 1664 CUDA Cores, 104 texture mapping units and 64 raster operation units. For memory, the card will stick with the standard 4 GB GDDR5 VRAM running across a 256-bit bus interface. For clocks, the card is clocked at 1178 MHz core clock however, the card has a turbo BIOS in the form of a knob adjusted at the front panel which pushes clock speeds to 1279 MHz core and 1443 MHz boost clock which is shockingly high for a factory overclock but I guess the PCB and the design of the card allows that kind of a overclock just fine. The memory is sticks with the reference clock speed of 1753 MHz QDR or 7010 (7.00 GHz) effective frequency. Website VGA.IT168 posted a overclock session of the same card with LN2 and reached a boost clock around 1.8 GHz.

The main focus of the card is the design and engineering that went in developing the PCB and cooler. While the card may look like a traditional dual-slot graphics card, its more than that from the inside. Featuring a triple fan design which features independent PWM control, the graphics card incorporates a large cooler shroud which comes in a red and black color scheme. Lying beneath the cooler shroud is a dense array of aluminum fins that have been centered around 8 heatpipes that run through a large brushed aluminum contact base. There are two sections of aluminum fin blocks which transfer heat load from the base plate. Display outputs include one HDMI, three Display Ports and a single DVI display port. A small exhaust vent can be seen along the top panel connector along with the turbo BIOS knob. The side of the cooler shroud has a separate enclosure which house the LED for the iGAME logo that lits up red when the card is under operation.

For PCB, Colorful's iGame GeForce GTX 970 Flame Wars X TOP keeps the things high-end with an 8-Phase PWM supply which is powered through a dual 8-Pin power configuration. The design also integrates SPT PCB (Silver Plating Technology), high quality solid state capacitors and MOSFETs which have been used across a variety of Colorful iGame branded products. The design obviously helps push more power to the board for better power delivery and stability. Overclockers will be in for a pure delight thanks to the higher power rating of the board which will help break some good clock frequencies as indicated through the overclocking session.

There's no word on the pricing but the card will retail at a premium range over the reference models that are selling at $329 US. It will be hard to find a Colorful iGame series product in the states and along EU region since Colorful is mainly a brand located in the APAC region. 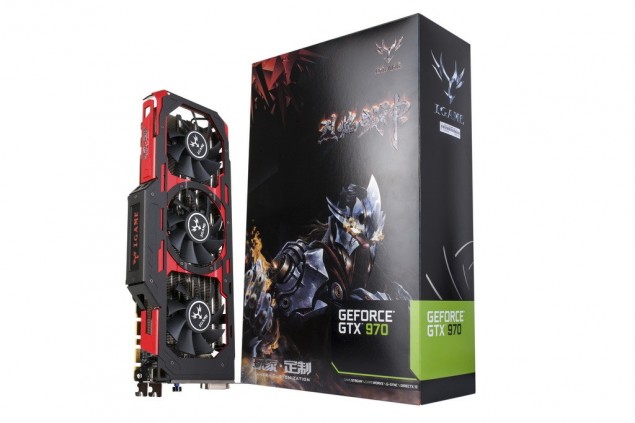 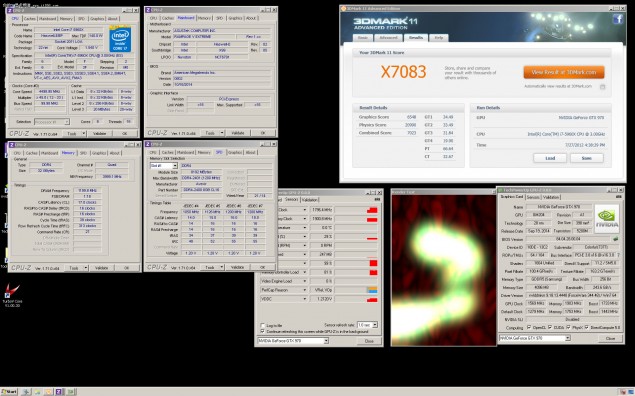