Colorful, one of NVIDIA's biggest AIB partner based in the Chinese market has just unveiled their next generation iGame GeForce GTX 980 graphics card. The GeForce GTX 980 is a monstrosity that houses so much power that it puts the reference cards to shame and even some of the best custom models which will be available based on the GeForce GTX 980 design in the next couple of weeks.

Colorful is one of favorite brands when it comes to custom designed PCBs (including Galaxy Microsystems). Each passing generation, Colorful has delivered designs and concepts which even though ridiculous have amazed the audience which include PC modders and enthusiasts. Their latest iGame GeForce GTX 980 keeps the tradition of high-end PCBs and cooling systems alive with the latest generation of Maxwell GPUs. But before we take a look at the graphics card, let's recall what we already know about the GeForce GTX 980.

The GeForce GTX 980 feautres 2048 CUDA Cores, 128 TMUs, 64 ROPs. The core clock is maintained at 1126 MHz core and 1216 MHz boost while the memory is clocked in at 7 GHz effective clock which results in 224 GB/s bandwidth which might be enough thanks to the lower bandwidth dependency and increased efficiency. The TDP of the card is set at 165W while the power is fed through dual 6-Pin power connectors.

The GeForce GTX 980 is making use of an update revision of the cooler introduced on the GeForce GTX Titan Black with a all black naming logo etched on the shroud near the I/O plate and a all black heatsink which can be spotted from the mirror cut out in the center of the shroud. The card obviously makes of vapor chamber which is cooler off by a blower fan. We were unable to find the Dual Axial fan design which NVIDIA had patented back a few months and was rumored to be a part of the new graphics card series but I expect the card even as it is will do a great job cooling the card considering it can dissipate heat of up to 275W while GeForce GTX 980 will have a maximum thermal dissipation power of just under 180W. So that’s a ton of cooling being supplied to the core and we can expect massive overclocking headroom for a card which is already clocked past the 1126 MHz barrier. 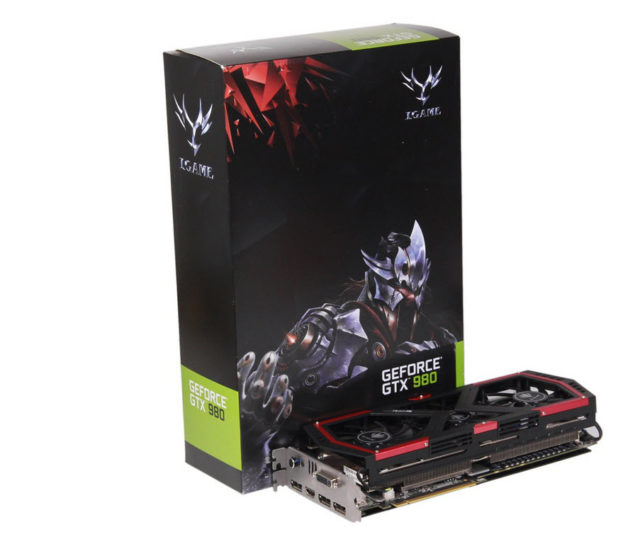 Since the iGame GeForce GTX 980 is a non-reference design, there are some massive changes. The first major difference we look at is that the iGame GeForce GTX 980 features a triple-slot design compared to the Kudan cooler which will be released later on with 8 GB GDDR5 VRAM. It features a new triple-fan cooler shroud with three 90nm PWM controlled fans and a design scheme that aesthetically looks better than the first iteration Kudan. The card will feature out of box factory overclocks reaching boost speeds of 1.3 GHz.

But the specialty about this card is not in its clocks but rather its PCB which is a design marvel featuring the most powerful PCB design ever for a GeForce GTX 980. Its literally a power board equipped to the back of the PCB with a 12+2 Phase design, SPT PCB (Silver Plating Technology), high quality solid state capacitors and MOSFETs. The card is a juggernaut in terms of power and performance only the likes of which some cards can match. But people always want more and Colorful delivers on the promise by selling a separate power board which adds even more phases and voltage to the card for extreme LN2 overclocking. The card is powered by dual 8-Pin connectors which deliver a magnitude of power to the PCB for extreme overclocking.

The Colorful iGame GeForce GTX 980 can only be 3-Way SLI'd since the card has a triple slot design which will restrict from 4-Way SLI configurations. The display outputs include Dual-DVI, HDMI, Display port while next to the top DVI slot is a BIOS switch that will activate the store OC profile for faster performance. For cooling, the iGame GeForce GTX 980 is equipped with two separate aluminum fin blocks which are connected by two 6mm and four 8mm heatpipes which dissipate heat from the nickel plated base. We can't confirm the pricing but its definitely going to retail at a premium range beyond the $549 US reference pricing of the GeForce GTX 980. 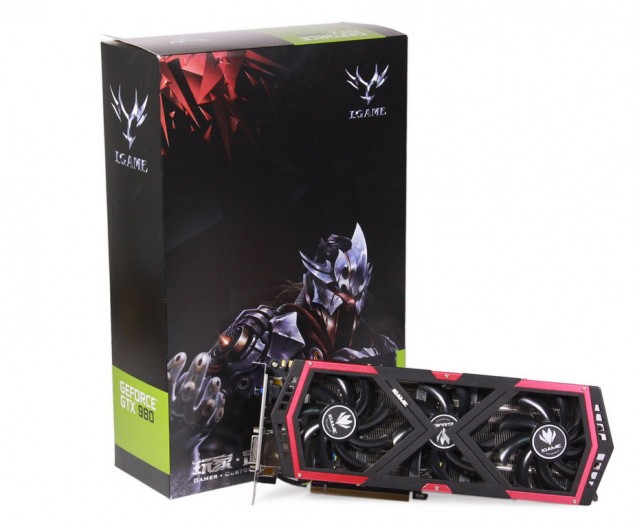 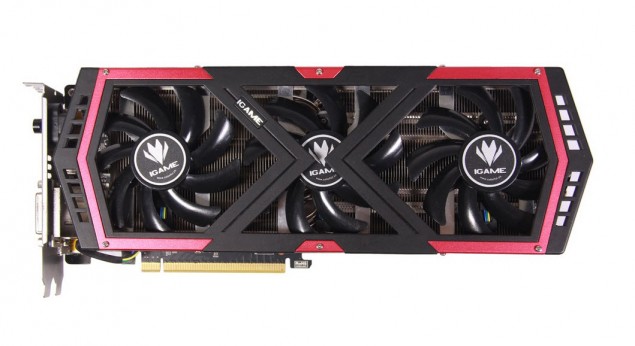 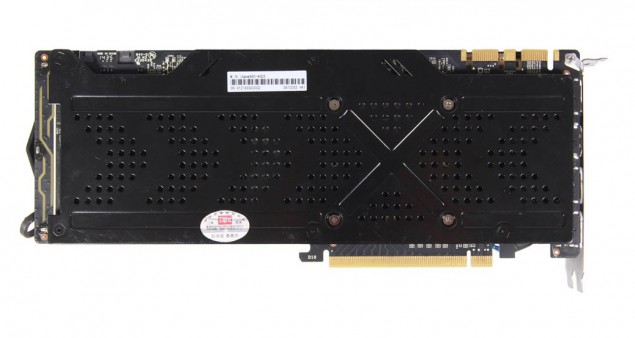 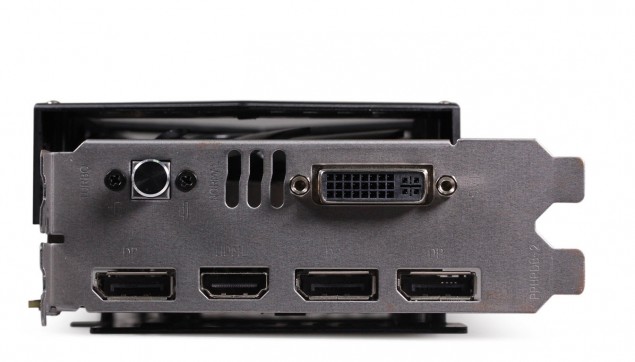 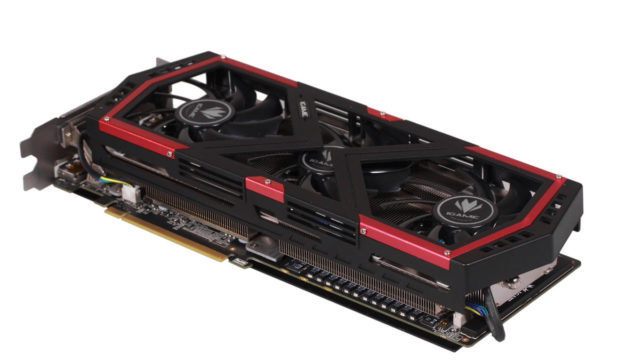 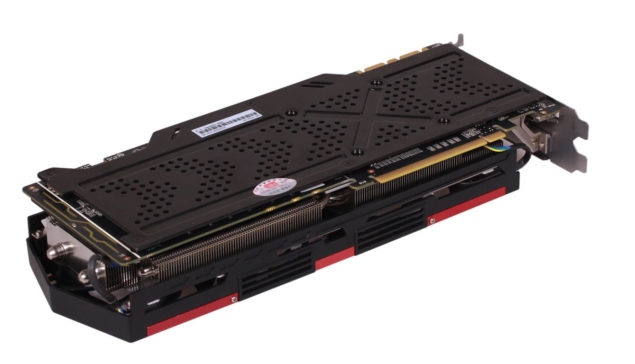 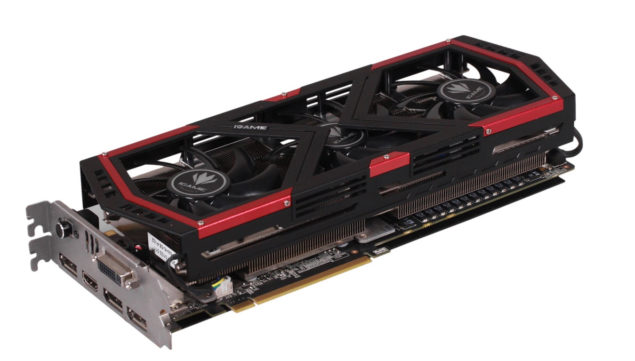 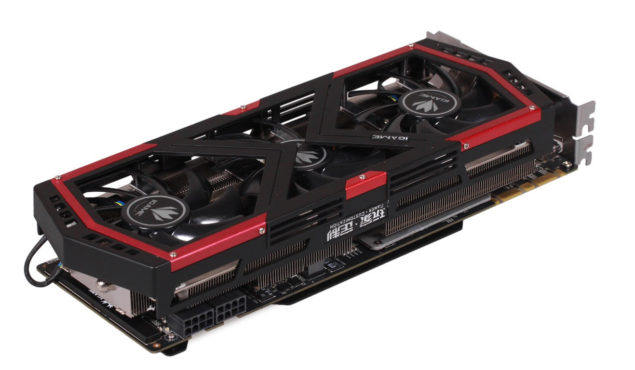 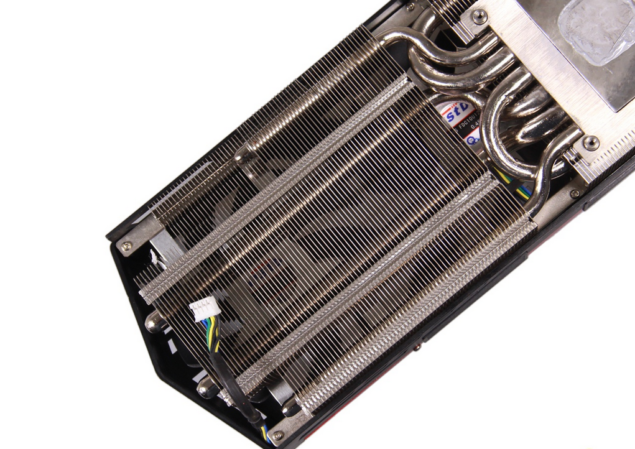 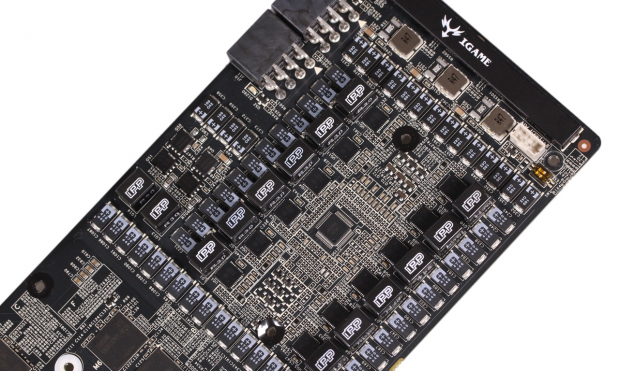 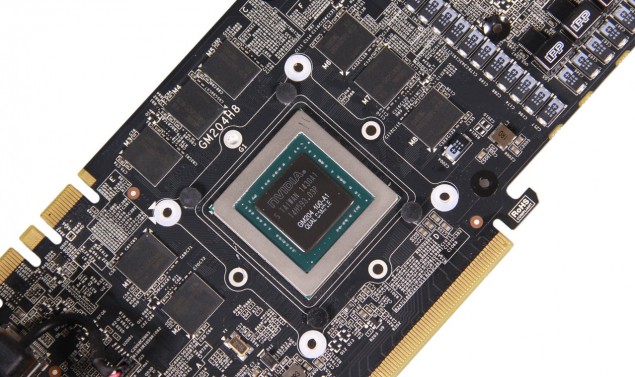 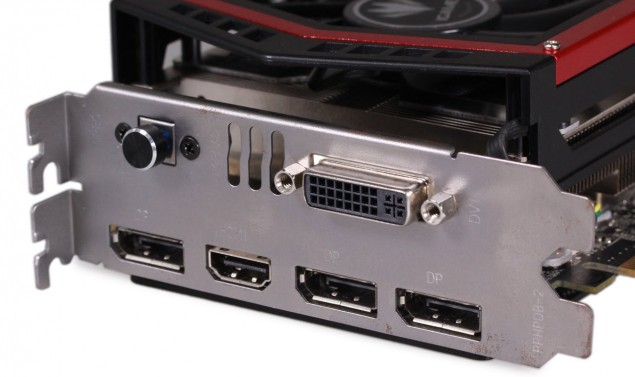 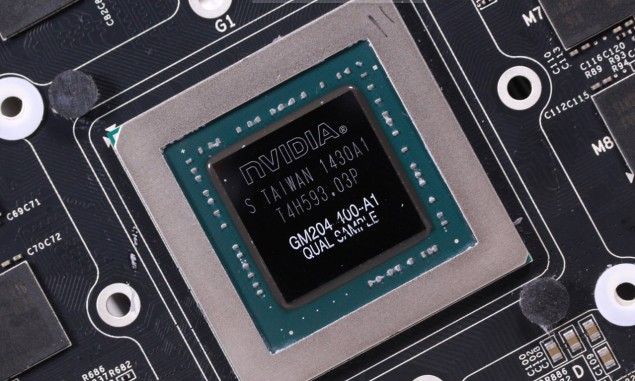 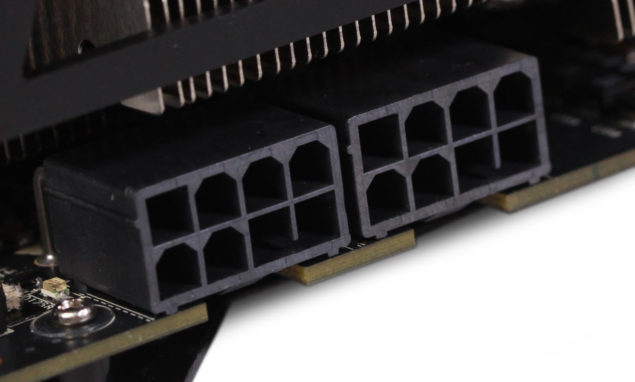