Chinese Hardware Manufacturer "Colorful" has unveiled its most powerful PCB yet which makes use of the GF-114 based GTX 560Ti Graphics Processing Unit. The card is most likely to be called the Colorful GTX 560 Ti iGame which makes use of High Grade Power Components along with a beastly PCB design which is as long as the GF-110 based Graphic Cards.

The Additional length adds in a Powerful 8 Phase VRM Area (Four Phases are divided into two rows side by side) and also uses high-grade chokes with driver-MOSFETs along with the Driver IC. The 8 Phase VRM is provided power through three 6-Pin Connectors delivering upto 300 Watts of power for all your overclocking and enthusiastic needs. Another Overclocking Friendly feature are the consolidated voltage measurement points to help manually measure voltages.

Extra Power definitely means the card will come out with some huge Factory Overclocks and would still leave alot more for you to fill in your enthusiastic needs. The PCB comes with BIOS loaded into separate EEPROM chips which can be switched by a Switch located at the rear panel.

The GF-114 chip is coupled with Samsung-made 0.4 ns GDDR5 memory chips which offer an huge overclocking potential. The PCB also features some other new technologies which are not yet detailed such as mini PCIe slot and a SO-DIMM slot at the back.

Cooler being used on Colorful's upcoming GPU would feature 10 Aluminum heatpipes, 5 of which would be bend in U-shape will go to the main aluminum fin block while the other Five would be connected with the base plate and would go directly in the smaller Aluminum block which goes above the VRM/Power Area, Air would be provided through two 80mm Fans located at the top. 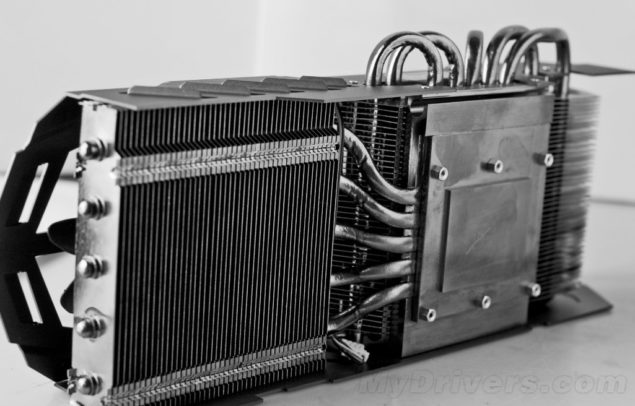 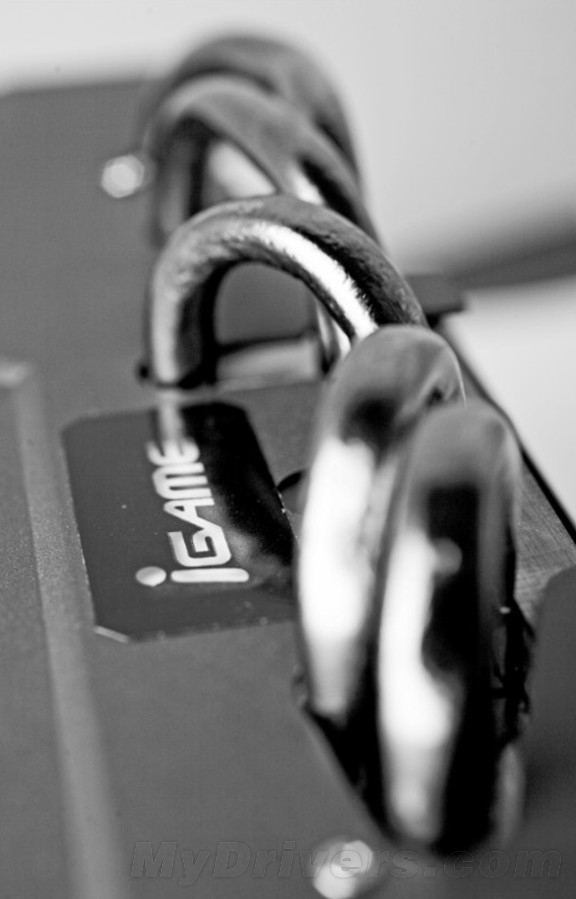