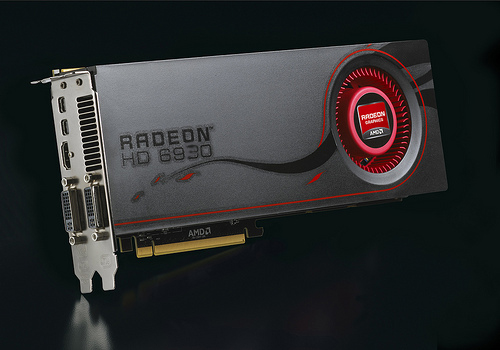 AMD is preparing a new Graphic card based on its Cayman Pro Core, Radeon HD6930. The card would go against Nvidia's recently released Geforce GTX 560Ti 448 Core GPU which is available around $300US. The Radeon HD6930 would be a cut down version of the HD6950 but will release at a much lower price.

AMD has announced the release date of the HD6930 for December 2011 (Christmas) which is an attractive date for grabbing up good sales in the general market. The performance of the card would be a bit lower than the GTX 560Ti 448 Core version but the price would also be alot lower set between $200 range. Similarly, The performance of card as compared to other Radeon 6000 Series cards would fall in between the HD6870 and HD6950.

AMD wants to launch the card real soon since its new HD7000 Series is expected to release in January 2012. Expect the release sometime in December 2011.