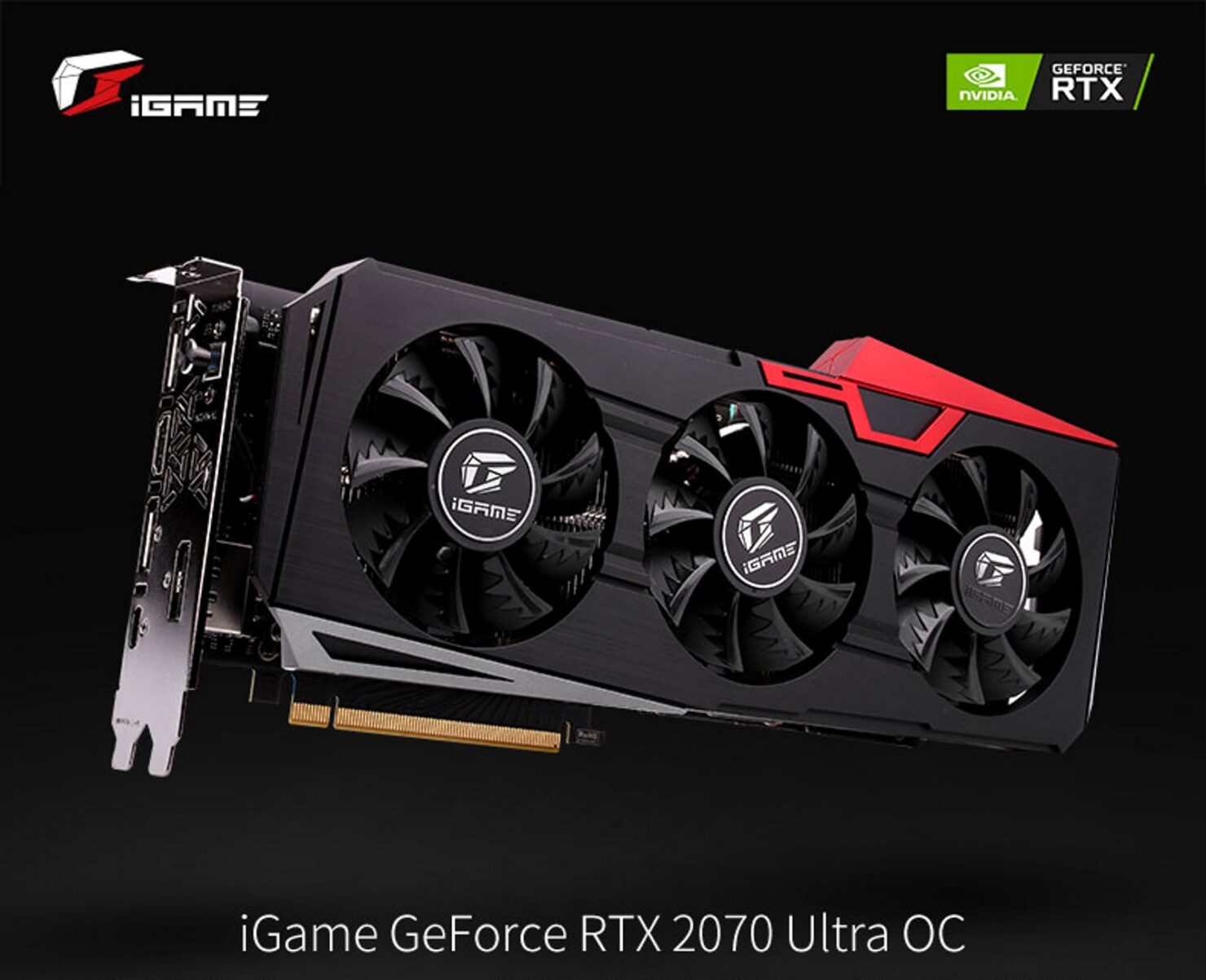 COLORFUL Technology, a manufacturer of graphics cards, Motherboards and storage solutions has announced its latest iGame GeForce RTX card in the form of the iGame GeForce RTX 2070 Ultra OC model.  Being powered from the TU106 Turing GPU and featuring a few things to set it apart from the crowd.

Due to the nature of GeForce cards since Pascal came along with most cards from most vendors seeing about the same final clock rates it has become interesting to see how card manufacturers differentiate their model from the competition.  The new iGame GeForce RTX 2070 Ultra OC from COLORFUL seeks to do so in several ways. Of course, they've brought along RGB lighting control even to the detriment of possibly clashing with the red branding on the side.  The PCB is custom and moves to a dual 8-pin design allowing for a generous overclock of 1620MHz on the core and a 'One-Key' Overclock to 1710MHz.  But what is One-Key Overclock? It's actually a physical button on the I/O of the card that would allow you to achieve this overclock without the need for software, pretty neat if you ask me.

The cooler is of a standard affair on the surface with a 3x 80mm fan design, it is nice seeing 3 fan designs so commonplace when it was a premium top-tier affair not all that long ago.  Keep the core under 55c and you'll be treated to fan stop technology leaving the card absolutely silent in those situations. Underneath it all the heatsink with integrated power delivery cooling is outfitted with 5x 8mm heat pipes that are attached to the cooling fin via 'Reflow Soldering' which COLORFUL claims to allow for better effective heat transfer thanks to more contact surface between heat pipes and cooling fins. 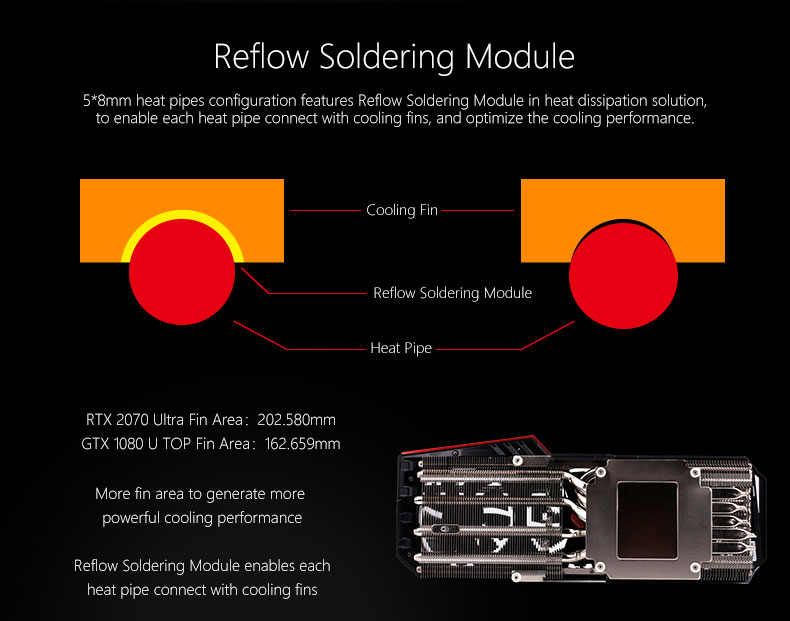 At this time pricing and availability aren't listed but they do have the 'buy now' link active on their site so hopefully, we'll have an update very soon in place of this here.  So check back if you're interested in finding out more about that. 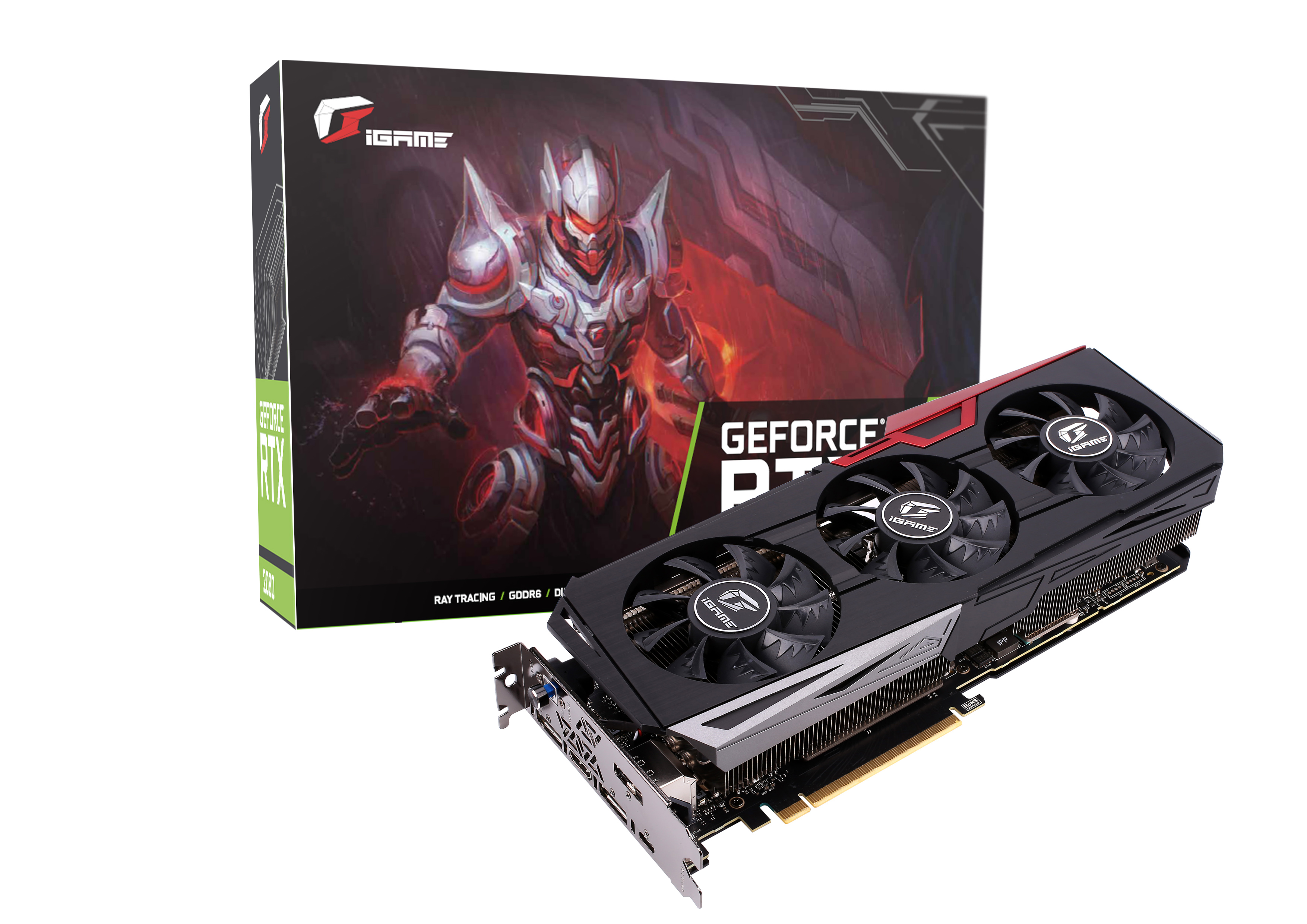