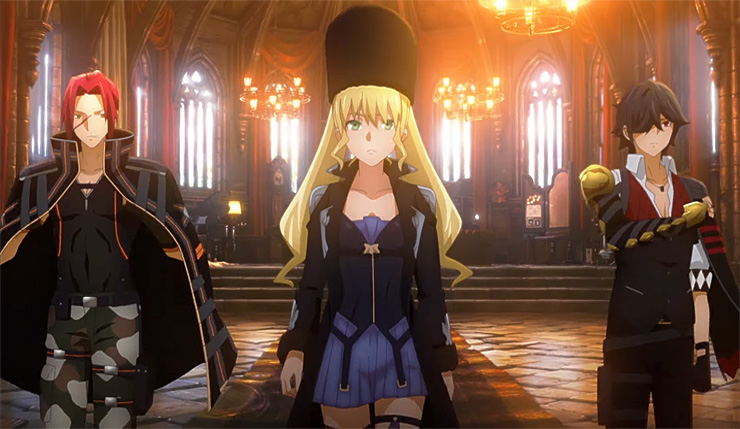 The upcoming Code Vein is often described as “anime Dark Souls,” so, of course, the game is required to have a very-anime intro. Bandai Namco has just released the full intro, which shows characters Mia, Louis, Yokumo, and others dispatching vampires in bloody fashion with guns and ginormous blades. It’s pretty badass stuff, and it’s all set to the best buttrock the 2000s has to offer. Go ahead and check the into out for yourself, below.

Not bad! The intro was animated by Ufotable, the studio behind Fate/Zero, Demon Slayer, and the animated cutscenes for many of Bandai Namco’s Tales games, including Tales of Symphonia and Tales of Zesteria. Haven’t been keeping up with Code Vein? Here’s the official rundown:

The world as we know it is gone. At the center of the destruction lies a hidden society of Revenants called Vein. Those who remain fight for survival by acquiring Gifts of power in exchange for their memories, and an ever-increasing thirst for blood. Give into the bloodlust fully and risk becoming one of the Lost; fiendish ghouls devoid of any remaining humanity who wander aimlessly in search of blood. Team up and embark on a journey to the ends of hell to unlock your past and escape your living nightmare in CODE VEIN.

Code Vein hits PC, Xbox One, and PS4 on September 27. You can check out Wccftech's latest impressions of the game here and here.