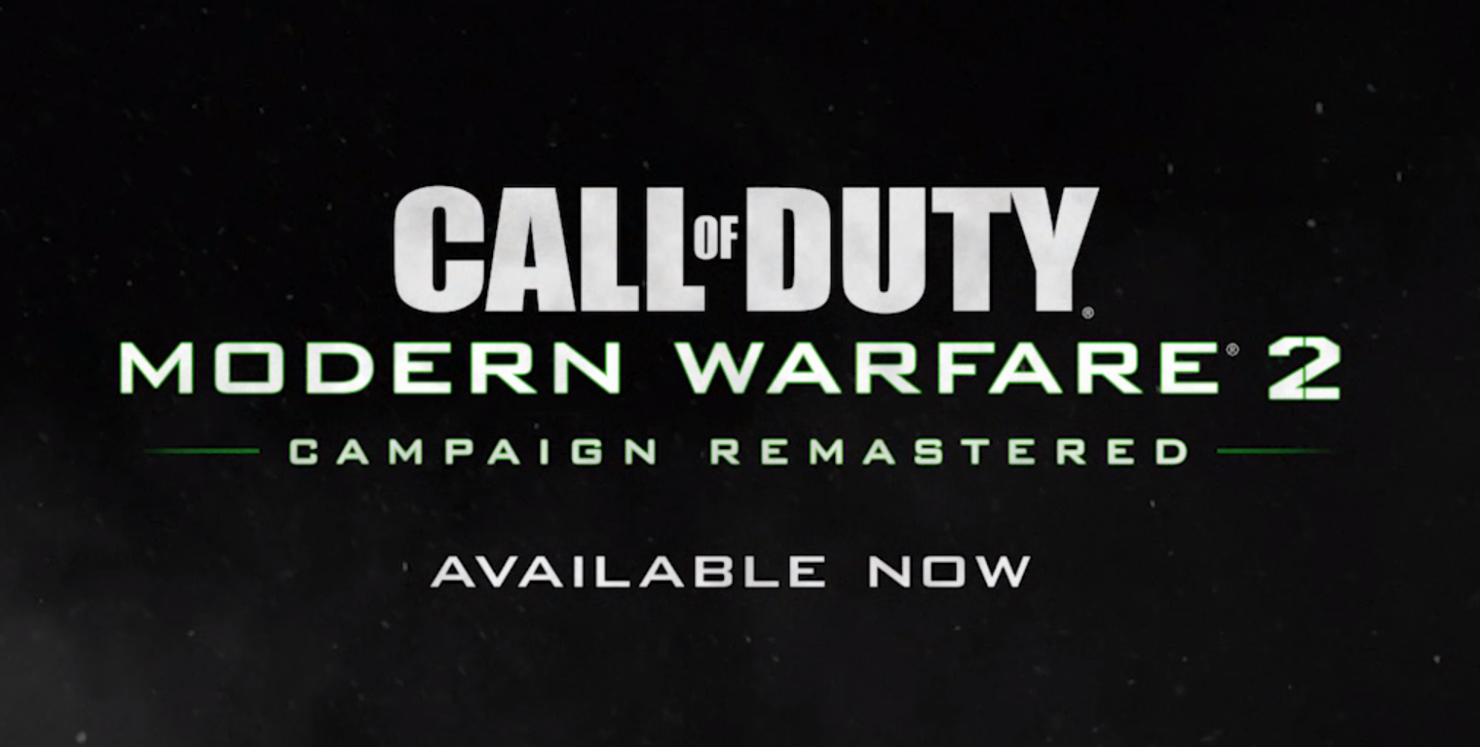 Call of Duty Modern Warfare 2 Remastered has leaked through the official PS Store alongside the game’s announcement trailer.

Over the past week, several new rumors about the remaster surfaced, and the official PlayStation Store has now confirmed the title for a release tomorrow.

As listed on the official German PS Store, Modern Warfare 2 Remastered only includes the game’s campaign and will sell for €24.99. The remaster will weigh in at roughly 47GB on PlayStation 4 and will feature a remastered campaign with improved textures, animations, physical rendering, HDR lighting, and more.

The PlayStation Store also includes the game’s announcement trailer. As we couldn't embed this the trailer from the store, we've included the trailer as uploaded to YouTube, courtesy of TheFirstJoeL:

"Everyone on the team is laser focused on making the most gripping experience we've ever created," said Infinity Ward's former CEO, Vince Zampella, back in 2009. "No detail is too small and every finishing touch imaginable is underway to make Modern Warfare 2 our best ever. We can't wait for our fans around the world to play starting November 10th."

Upon launch, the game set an all-time entertainment industry record, harvesting an estimated $550 million globally in its first five days.

"In just five days of sell through Call of Duty: Modern Warfare 2 has become the largest entertainment launch in history and a pop culture phenomenon," said Robert Kotick, CEO, Activision Blizzard, Inc. "The title's success redefines entertainment as millions of consumers have chosen to play Modern Warfare 2 at unprecedented levels rather than engage in other forms of media."

Modern Warfare 2 is by many considered as the best Call of Duty installment to date. The shooter is the sequel to 2007's Modern Warfare, which also received a campaign remaster in 2017.