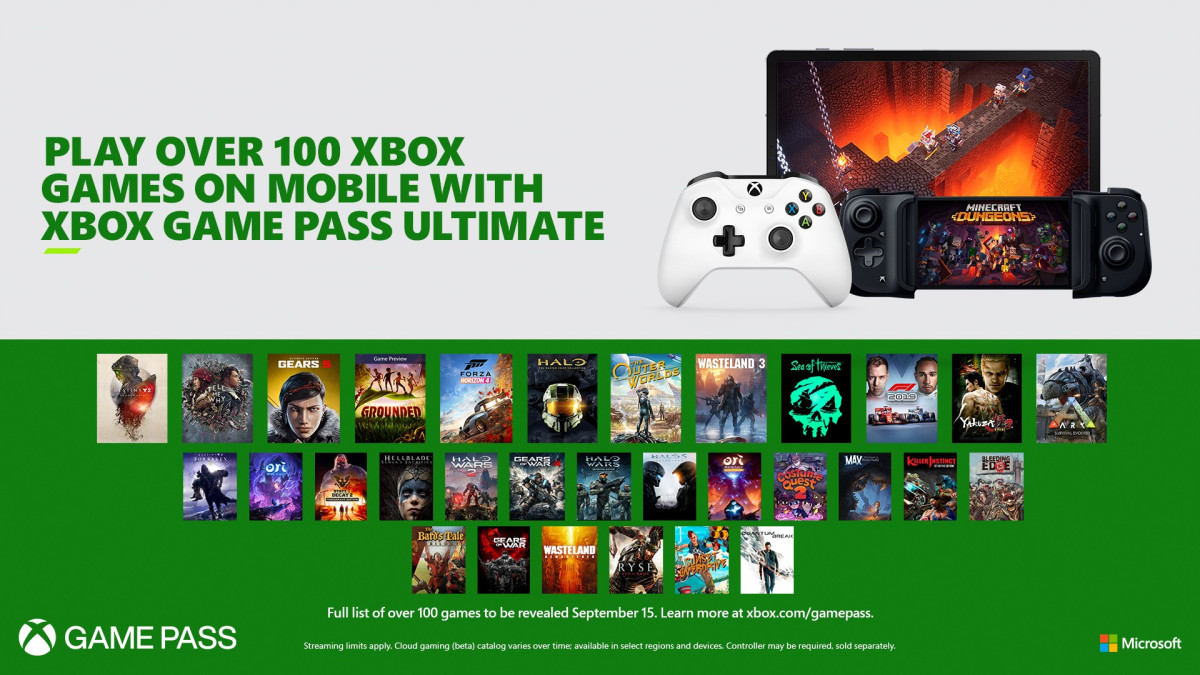 Microsoft has announced plans to reveal a public beta test for their cloud gaming technology for all Game Pass Ultimate subscribers. The recently rebranded Project xCloud will allow players to stream more than one hundred Game Pass Ultimate titles to their Android phone or tablet and even allow for cloud saves and cross-progression to pick up and play your games no matter if you're at home or on the commute.

In preparation for next month's cloud gaming beta, Microsoft has already announced some of the various peripherals that will be officially supported in the Android cloud gaming client. This is in addition to the support of Bluetooth controllers such as the Xbox One and PlayStation 4 controllers as well as the Razer Kishi, one of my personal favorite mobile controllers from CES 2020.

When cloud gaming launches as part of Xbox Game Pass Ultimate, players will have access to more than 100 high-quality games playable from the cloud, including Minecraft Dungeons, Destiny 2, Tell Me Why, Gears 5, Yakuza Kiwami 2, and more. And as we’ve committed to providing day-one access to new titles from Xbox Game Studios as part of Xbox Game Pass, it’s our intent to make those same games available in the cloud from the day they release. We’ll have more to share about the full catalog of games as we approach launch.

As the world around us changes and entertainment is readily available no matter the device, it’s our vision to make games accessible in a variety of scenarios. All the experiences you expect on Xbox and your gaming profile travel with you on mobile, including your friends list, achievements, controller settings, and saved game progress. You can continue your Gears 5 campaign while traveling away from your home console, or if a sibling or roommate is using the TV you can still complete strikes with friends in Destiny 2.

More details on the conclusion to the Project xCloud preview and what that means for Game Pass Ultimate's cloud gaming will arrive sooner than you think. Tomorrow (August 5th)'s Samsung Unpacked event will reportedly feature some news regarding possible new features or perks coming to Xbox Game Pass Ultimate. What do you think that could be? Let us know in the comments below!