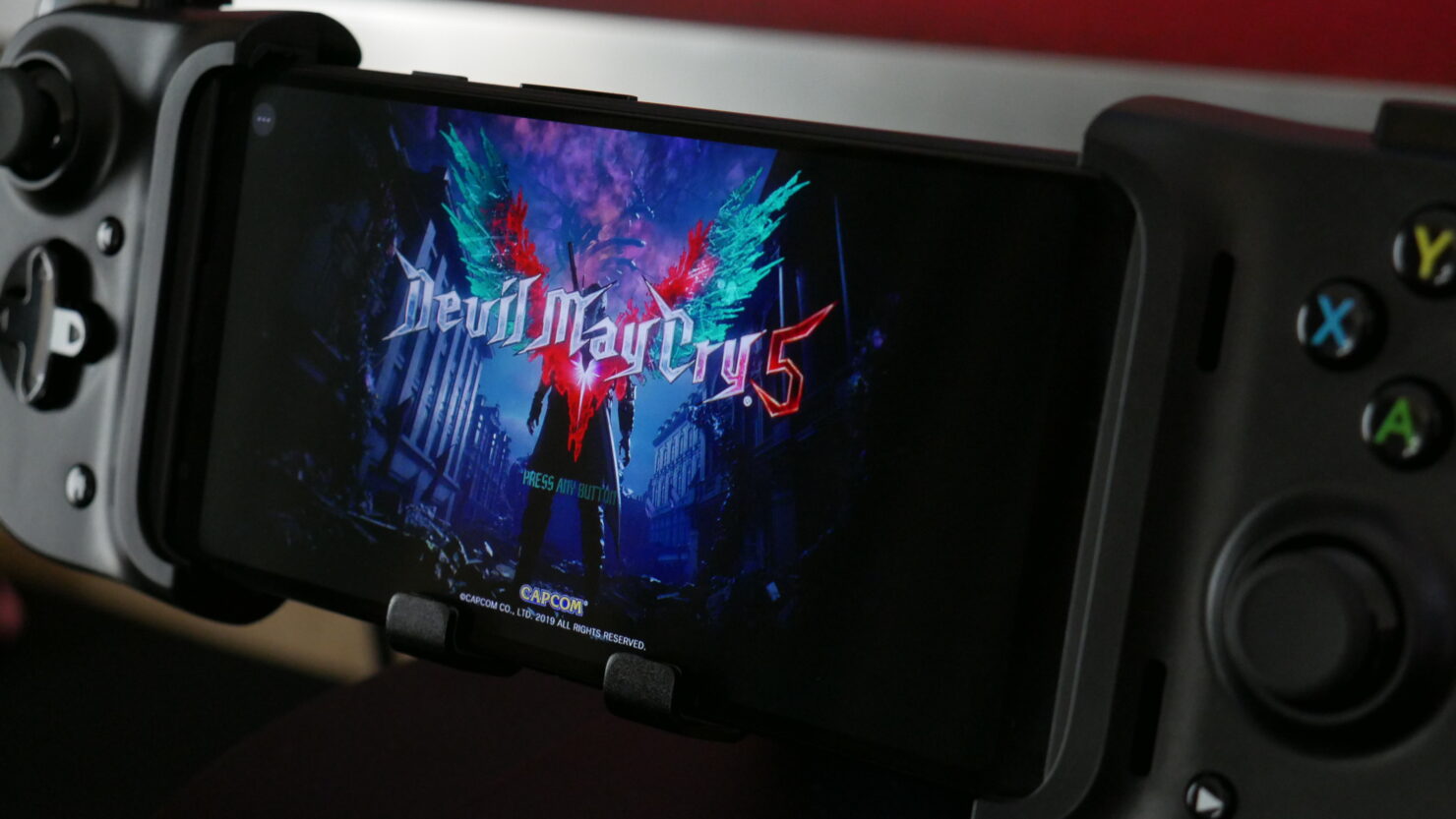 Of the many new devices that Razer was showcasing at their CES 2020 suite, I was instantly drawn to the Razer Kishi, their successor of sorts to the Razer Junglecat. Their design shift from a pair of wireless controllers to an all-in-one unit that you can slide your phone wasn't anything new. After all, we had seen this before from Gamevice, which isn't too surprising, given the Gamevice branding and partnership that Razer is putting into the Razer Kishi.

While the Razer Junglecat uses a wireless Bluetooth connection to pair the controllers to the phone, the Kishi operates via the same way that the Gamevice does: via your phone's USB-C connection. Connection is done simply by taking your phone out of its existing case (so if you drop the Kishi mid-game, you're SoL) and into the USB-C connection in the right handset and stretching the docking station outwards until you can slip your phone into the left side (and yes, there is a Lightning-supported version for iOS devices). Once it's in, your phone is instantly transformed into a powerful Android competitor for the Nintendo Switch. At the bottom of the right hand grip is a passthrough for whatever charger your phone needs, handy if you plan on an all gaming session.

What makes the Razer Kishi so notable for me is its native integration with Microsoft's Project xCloud beta. Even over hotel wifi in Las Vegas, I was able to demo Devil May Cry V without too many hitches (a bit of slowdown here and there, as is typical with weaker connections). The analog sticks and face buttons each feel solid under pressure. If the face buttons used the same Razer microswitches as the Razer Raion, I'd rate them far more highly, but for your standard Android controller, they are more than suitable. The triggers themselves leave a little to be desired, having a slight wiggle and lack of resistance to them. Razer made sure to let me know that this wasn't a final build, so there is the definite possibility of seeing improvements to the weaker parts of the Razer Kishi before it finally comes to market.

And Sony, if you'd like to make the Gamevice and Razer Kishi compatible with PS4 Remote Play, please just let me know who to cut a check out to!

The Razer Kishi mobile controllers (for Android or iOS) will be available in early 2020.