Cities: Skylines Sells 250,000 Copies Within The First 24 Hours Of Launch

Over at the paradoxplaza-forums, the publisher Paradox Interactive posted an announcement that Cities: Skylines "the critically and commercially acclaimed city simulation game for PC, Mac and Linux" have sold over 250,000 copies in total in the first 24-hours of the game launching, including pre-orders. This has shattered any previous sales records for every single game in the Paradox catalogue, be it published or developed by Paradox. 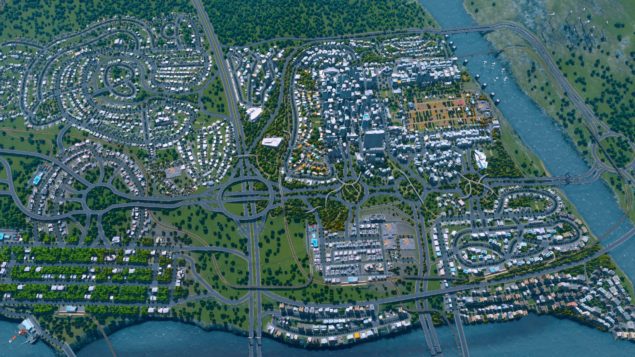 Cities: Skylines is 'Widely described as the new benchmark of the city building genre.'

The CEO of Paradox Interactive, Fredrik Wester had a few words to say on this:

"We would like to offer our deepest and heartfelt thanks to the community for their passionate support and to let them know that we are committed to supporting this wonderful game for years to come, in much the same way that we have for our Crusader Kings and Europa Universalis communities. We knew that we had a great game on our hands and so to be able to continue to provide fans of the game with a multitude of new content for it going forward is fantastic."

Wester went on to praise the developer Colossal Order for doing an amazing job of bringing the city building genre back.

"Our congratulations and thanks must also go to developer Colossal Order for making what is being widely described as the new benchmark of the city building genre. We have forged a strong partnership with them over a number of years through the release of Cities in Motion and Cities in Motion 2, and I am happy to see such a talented team now being widely applauded for their unmatched passion and skill."

"We at Colossal Order are absolutely thrilled to see so many players enjoying Cities: Skylines and that the Steam Workshop is filling up with amazing content from the modders. We are feeling very happy and proud and can't wait to continue working on Cities: Skylines together with the community!"

250,000 copies in the first 24-hours after release is quite amazing for a title like this, city building has always had a warm place in my heart (a place which the latest SimCity kind of ruined) and it's really great to see that there are a lot of other city builder and city simulation fans out there. And hey Cities: Skylines is in my opinion what the latest SimCity should have been. You can pick up Cities: Skylines over at Steam for 29.99$ or 39.99$ for the Deluxe Edition.

If you already own the game, and for some reason are having performance issues with Cities: Skylines you can check out some of the fixes for such issues here. Our review should be out in a while, I just need to squeeze a couple of more hours in, and get a big bustling city up and running.

Dawn of Man Review – Woolly Mammoths and the Scavenging Morons