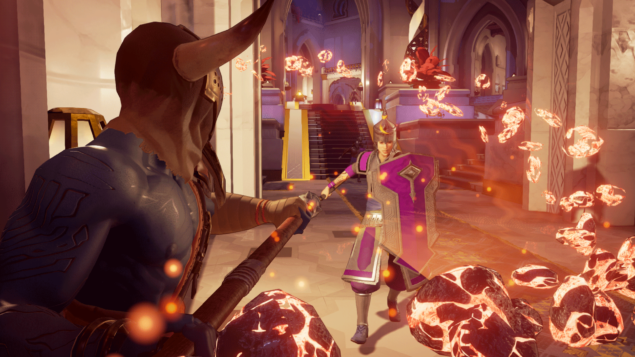 If you enjoyed Chivalry: Medieval Warfare but felt it was bogged down by all that pesky medieval-ism, today is your lucky day. Torn Banner Studios have today announced a follow-up, Mirage: Arcane Warfare.

On the surface it looks pretty similar - because why shake things up too much when you're already pretty much the only developer in a niche - but the addition of magical powers and less realistic fighters could make a lot of difference to die hard fans.

As well as a promise that we'll find out much more about the game on March 9th, the press release also makes mention of fast-paced combat gameplay and bloody weaponry, and that the game is being built in Unreal Engine 4.

Like its previous offering, we can expect Torn Banner to support Mirage pretty well,a nd I suspect it's only a matter of time until a console edition is announced. For now though, it's PC exclusive, and is expected later this year.

Mirage: Arcane Warfare Vigilist is all About Submission