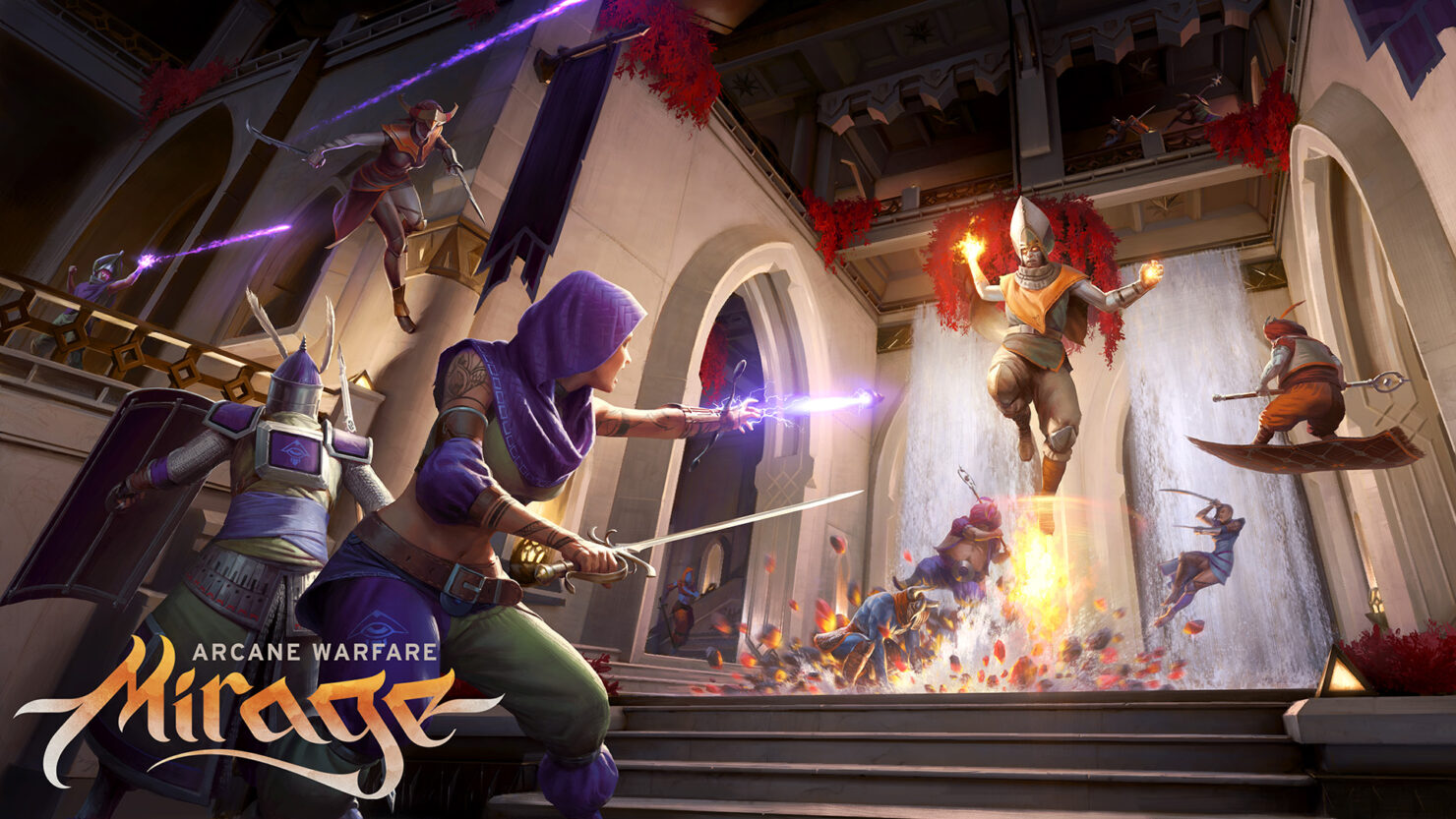 Mirage: Arcane Warfare will launch on May 23, Torn Banner Studios announced today. The magic and melee focused first-person action game can now be pre-ordered on Steam with a 10% discount for owners of the studio's previous game, Chivalry: Medieval Warfare (which will be free to acquire permanently from March 27th to March 28th).

If you choose to pre-order either the Standard or the Special Edition, you'll receive immediate access to the beta of Mirage: Arcane Warfare (as well as one additional “Friend Key”), which will be live almost up to release date. Here's an overview of its main features:

• From the creators of Chivalry: Medieval Warfare comes a new competitive multiplayer FPS
about steel and spells. Exchange-based combat expands from close quarters melee to ranged
magic attacks, providing an endless variety of tactical choices, yet instant fun and familiarity for
FPS fans
• Captures the true, destructive power of magic and melee combat with the tight control of a
first-person shooter. Mirage demands time and patience to master with skill-based, competitive
gameplay that feels like a sword fight from 20 feet away
• Mirage’s gameplay crosses the intersection between close quarters and ranged combat. Block
any attack – ranged or melee – in bloody combat where you can feel the shock of every blow
• Experience the thrill of fantastic battles with an ultra-satisfying, dynamic gore system as limbs
fly, blood gushes and heads are dismembered in cathartic, joyful destruction
• Steal ancient magic artifacts and assault opulent palaces in multiplayer modes that tell a story of
arcane civil war.
• Player choice is everything. With options for every playstyle, battle in a variety of team-based
multiplayer modes and harness six diverse character classes with a selection of combat loadouts
• Express yourself with hundreds of voice commands and explore the unique personalities of a
colorful cast of characters

Mirage is at a crucial state of development, so we’re really looking forward to sharing what we’ve been so proud to work on in the Closed Beta,” said . Seeing and reading real reactions from gamers will help us tune the final product to make the ultimate skill-based combat game.

Check out the beta launch trailer below.