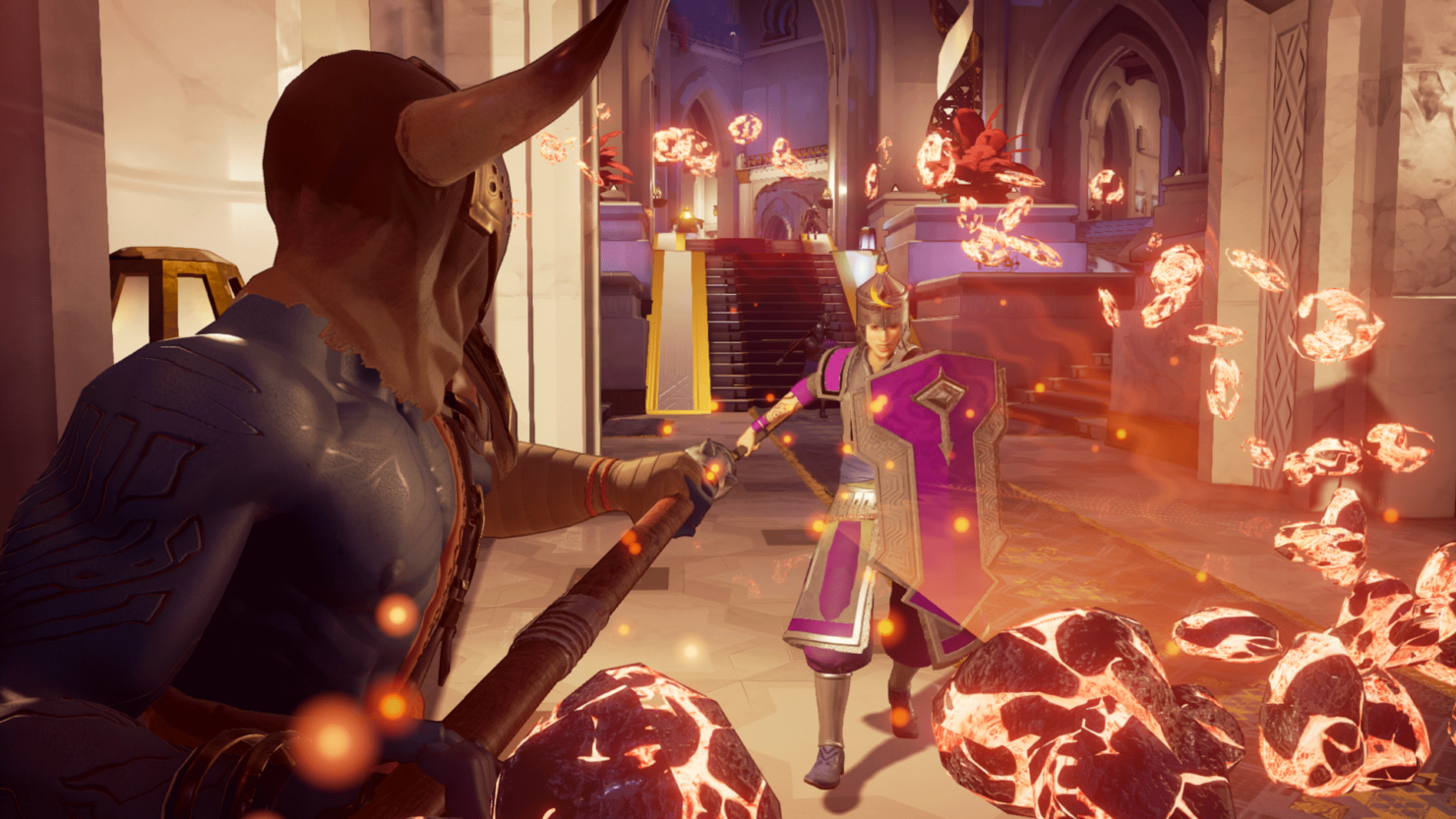 War is always more fun when you throw in some magic. Enjoy over ten minutes of brutal magical gameplay from Mirage: Arcane Warfare coming to PC.

The video gives players a look at the sort of mayhem you should expect from the upcoming closed beta coming to Mirage Arcane Warfare. The video itself shows off a number of the different classes play out. It's interesting to see how much magically attacks play just as big a role in combat that being able to land a sword blow. Mastering parrying and blocking is even more important since at any given moment you may need to avoid getting wiped out with a fireball.

Recently, we got information regarding the new map Sunken City was announced that earlier this month:

Sunken City is set in a windswept desert under the shadow of a ruined mountain. Here, the rebellious Azar Cabal defend their magic Jinn against the imperial Bashrahni Emirate, fighting amidst the ruins of an ancient city once drowned by an ocean.

Mirage: Arcane Warfare is heading into closed beta March 27th, you can sign up right here.

Here's what the final version of the game should contain when it launches later this year.