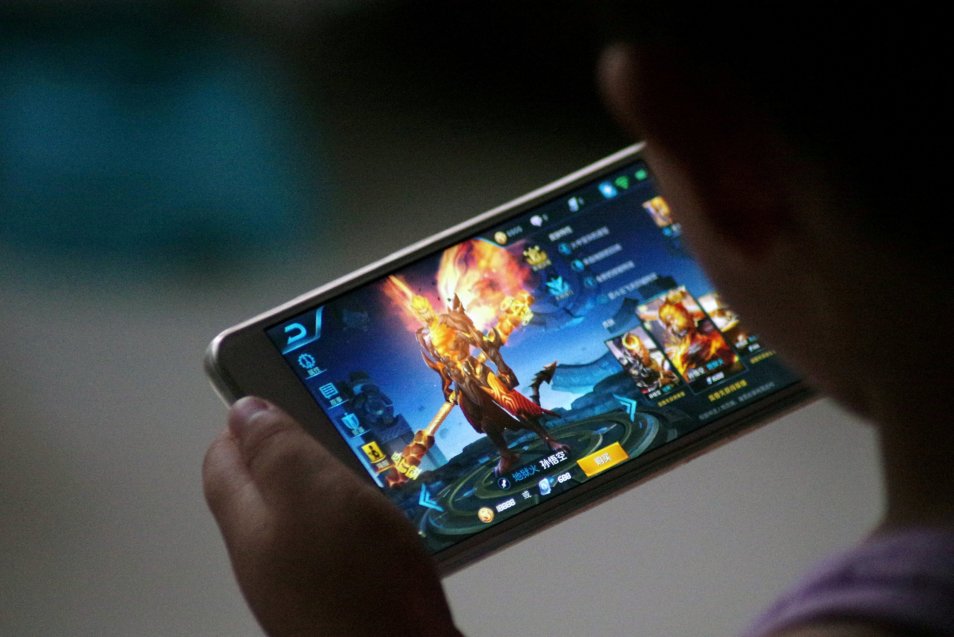 Update @ 23:20 GMT: Following the original news story by Xinhua News Agency, the stock of most video games companies in china plummeted. This clearly was not something Beijing was pleased about and earlier today (I was working!) it was revealed by South China Morning Post that the original story - covered below - was removed and then reuploaded with many major remarks removed. One in particular removed was calling games "Spiritual Opium".

A source, who remained anonymous due to not having the authorisation to speak to the press, stated to South China Morning Post "The report is certainly not a representation of the official stance". Each of the companies mentioned in the original did see an improvement on the initial plummet that started the day, eventually finishing between 5 and 7 percent down.

Original Story: Today is looking like a bad day for Chinese video games companies, with companies like Tencent (HKG:0700), NetEase (HKG:9999), Perfect World (SHE:002624), and more rocked by a steep decline in share price. This comes as a response to Economic Information Daily, a publication of Xinhua News Agency (state-run media) further raised issues with addiction to video games, likening them to "electronic drugs" and "spiritual opium" (Sources at the bottom of the page, this piece also includes opinions).

Tencent and Other Games Companies - a State of Emergency?

Tencent is the biggest video games company in the world. Let that sink in first. I don't doubt for a second that some were aware of that fact. Still, few people think about Tencent until news of them buying complete ownership, or parts of companies like Sumo Digital, Stunlock Studios, Klei Entertainment, Funcom, Epic Games and many more. The thought then is that the company is dead or claims that people won't play the games anymore. Only they do, forgetting that Tencent has full or part ownership in Activision Blizzard (NASDAQ:ATVI), Ubisoft (EPA:UBI), Paradox Interactive, Riot Games, Frontier Developments, Funcom, Discord, and more.

That is to say that this isn't a state of emergency for Tencent due to how widespread they are. In other companies, there should be undeniable concerns. The recent news stories within China signify that Beijing still has the tech and video games sector in its sights, and regulation is always imminent despite pledges to the alternative. This could drastically impact the bottom line of these companies and cause severe issues, with only the largest being relatively insulated due to international expansion.

However, I  should point out that companies outside of China should be concerned from a financial perspective. Further restrictions and regulations could further restrict the limited number of video games allowed to be published - of which many of these games secure publishing from their part-owners, Tencent, NetEase, and more. China already institutes a time cap on those under 18 years of age, a maximum of 90 minutes per day on a weekday, 3 hours on a Saturday or Sunday, and a cap on how much these players can spend in-game, varying by age. 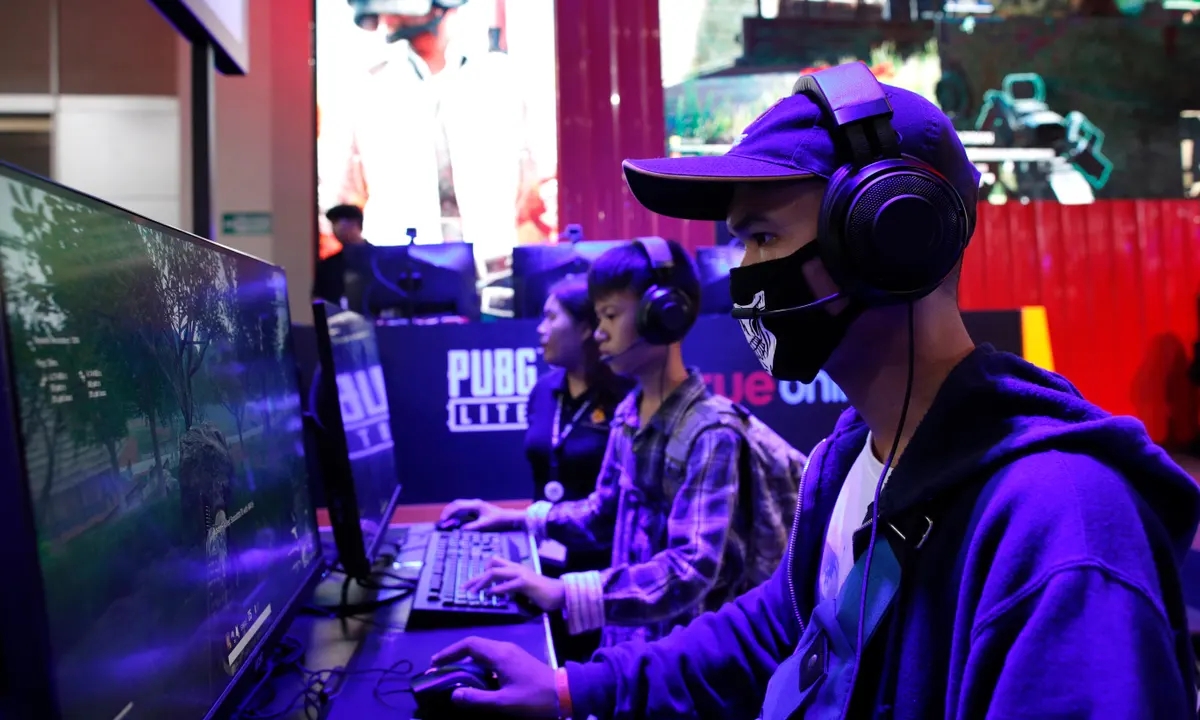 A State Onslaught and Image Nightmare

If you don't know much about history, it would be a good time to read about The Opium Wars. It's pertinent, considering the line used by Chinese state media and the perception this will create for hundreds of millions of people. Shrinking this long, terrible page of history down, The Opium Wars were two periods of time where the British Empire (and France, in the second war) fought to import and addict a whole population to opium.

In the article by Electronic Information Daily (as reported by SCMP and the FT), there was a sizable complaint of internet addiction, as well as statements of video games being "spiritual opium worth hundreds of billions" and that no industry "can develop in a way that destroys a generation". Other concerns will likely come as old news to people in the west who heard much of Jack Thompson's whinings and other concerns or criticisms from the media. These concerns blame the overindulgence in games for short-sightedness and poor academic performance.

This comes as a harsh reminder to companies that regulatory bodies are watching, particularly ones in a country whose video games market is worth a staggering $43.1 billion (according to research firm Niko Partners). 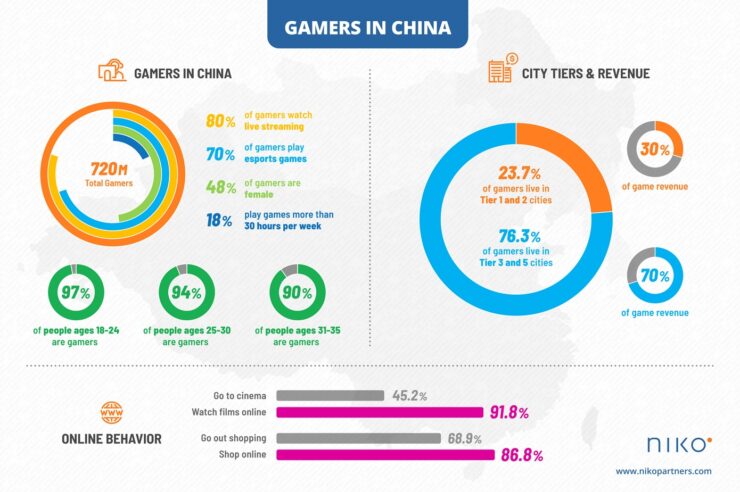 Allow me to say now, at the risk of numerous (incorrect) bleatings of "socialist" or "communist", that I support some of these actions by Beijing. Specifically, I can't rail against companies for the many predatory actions taken - my Pokémon Unite review from yesterday being a prime example - and not agree when a government restricts these predatory actions and limits exactly how much a company and their game can lure somebody into spending. Do I agree with all actions taken? God no. Do I think some protections of the consumer need to be put in place? Certainly.

Would this world be a better place if all governments regulated in-game spending and started to criticise the predatory actions of video games like FIFA, Overwatch, Pokémon Unite, and more? Yes, it would be a better place. The industry would also be a better place. Best of all, children would not be getting lured into gambling by companies that seemingly do not care about the welfare of anything but their bottom line, no matter who they hurt along the way (staff and consumer alike).

One should also be reminded that this expands to far more than video games, though that is the focus of this piece. Vast swathes of the tech industry within china are falling foul of the same regulation and, at times, draconian oversight and interference. Tencent recently had to block new user registrations on the WeChat app while it complies with new laws. Other industries are also seeing major disruptions, such as the education sector. Across the board, it may also soon be difficult to sell shares abroad as Beijing has stated multiple times it intends to increase oversight on companies listing overseas, following the Didi Chuxing overseas listing controversy.

In keeping with video games, this may spell an increased shaky period for companies reliant on the Chinese market and revenue gained within the country. However, larger companies like Tencent will be hit but will not struggle due to their outside investments not being directly impacted by Beijing. Will this also impact the bottom line of western countries and their titles within China? Quite likely, particularly if Beijing becomes more acutely aware of the predatory actions of more than just mobile titles, likely as the console and premium PC title sectors are starting to take off.